Part of the problem: Talking about systemic oppression 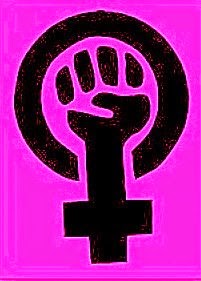 This past week I wrote a piece about the Jian Ghomeshi scandal and how it is, in my opinion, an inevitable and direct result of our societal "culture" of predatory misogyny. In doing so, I discounted the notion that it is "not all men" but expressed, rather, my belief that as misogyny is a systemic oppression it is, in fact, all men who are a part of it and who bear both a collective responsibility for it and for fighting with our sisters to end it.

While this piece was very favourably received by many women and some men, it also elicited a very strong and very negative reaction from many men, and some women, who objected to it on the inaccurate grounds that it supposedly "blamed" all men for the specific alleged crimes of one man, that it painted all men as equally culpable, and, often, that the commenters themselves felt that they were "good men" who should not have to feel or be seen as "guilty" of acts they did not personally commit.

I think it is important to deal with this defensive response and what the nature of systemic oppression really means in our broader struggle for human emancipation.

The concept of systemic oppression and its implications are either dismissed outright (generally by those on the right) or is misrepresented and misconstrued, intentionally or otherwise. That the right has a vested interested in denying the existence of systemic oppression should be obvious. The dismissal of it by progressives, liberals and leftists, however, is far more problematic.

To begin with systemic oppression is not about individual "guilt". It is about collective responsibility and an acceptance that, as these systemic injustices are ingrained in our society profoundly deeply, we all participate in them whether we wish to or not and that we often do so entirely unconsciously.

Systemic oppression, be it patriarchal, racist or colonialist also exists whether or not, unsurprisingly, individual members of the dominant group/class wish to think they are a part of it or benefit from and facilitate it.

Relationships between groups and relationships between groups and social categories, should not be confused with the oppressive behavior of individuals. A white man may not himself actively participate in oppressive behavior directed at blacks or women, for example, but he nonetheless benefits from the general oppression of blacks and women simply because he is a white man. In this sense, all members of dominant and subordinate categories participate in social oppression regardless of their individual attitudes or behavior. Social oppression becomes institutionalized when its enforcement is so of social life that it is not easily identified as oppression and does not require conscious prejudice or overt acts of discrimination...

It is in this sense, among others, that all men can be said to have created and participated in the one of the conditions, among others, that make violently sexually predatory men like Ghomeshi inevitable. He exists along a spectrum of exploitative, oppressive, objectifying and predatory behaviour by men of which he is a relatively extreme manifestation but that is not detached from the other points on the spectrum that enable and lead to him and to even worse predators.

The violent actions of individuals are also, further, tied directly to the less obvious daily forms of social violence and oppression that are not always perpetrated by specific individuals. Stokely Carmichael talked about this in relation to institutionalized racism in the United States:|

Racism is both overt and covert. It takes two, closely related forms: individual whites acting against individual blacks, and acts by the total white community against the black community. We call these individual racism and institutional racism. The first consists of overt acts by individuals, which cause death, injury or the violent destruction of property. This type can be recorded by television cameras; it can frequently be observed in the process of commission. The second type is less overt, far more subtle, less identifiable in terms of specific individuals committing the acts. But it is no less destructive of human life. The second type originates in the operation of established and respected forces in the society, and thus receives far less public condemnation than the first type.


When a black family moves into a home in a white neighborhood and is stoned, burned or routed out, they are victims of an overt act of individual racism which many people will condemn - at least in words. But it is institutional racism that keeps black people locked in dilapidated slum tenements, subject to the daily prey of exploitative slumlords, merchants, loan sharks and discriminatory real estate agents. The society either pretends it does not know of this latter situation, or is in fact incapable of doing anything meaningful about it.

Likewise, the violence of specific men against women is tied directly to a much less obvious daily culture of violence against women which is manifested also in economic and social ways and tied as well to broad male institutions of oppression like pornography and prostitution and the daily and countless examples of verbal and physically not violent forms of male abuse and entitlement like misogynist language, street harassment, unwanted sexual advances and many others.

The broader "culture" of misogyny and the broader actions of all men in this way contribute to and enable the "worst cases".

When social links like this and their implications are raised one of the myriad of responses from those seeking to derail a real examination of how our society perpetuates its own institutions is that stating this, in the case of systemic misogyny for example, will somehow alienate or anger men and that this is "counter-productive".

Of course attempts by feminists to redress our collective history of patriarchal oppression will anger many men. I think this is a very safe assumption. But it is also ludicrous to ask a liberation movement to frame itself in ways that will please or appease the beneficiaries of oppression! All men do and have benefited from patriarchy and the systemic oppression of women, whether they wanted to or not. Not be willing to accept that is a serious obstacle to social change.

As a white male I have benefited from systemic oppressions in countless ways, from my starting point to the literally virtually non-existent institutional or social barriers to advancement in just about any career or field I chose to go into. In a society that so prizes the bogus mythology that everything is achieved by personal hard work and one's own personal efforts and that has lifted the myth of rugged individualism and individuality to the status of a societal paradigm in North America especially, the notion that the deck is profoundly rigged and that, in reality, many have been able to get where they are only with the benefit of social forces and by fate of birth is very disturbing and hard for many to accept.

But it is also an easily demonstrable fact. And if we fail to acknowledge it, regardless of how it might alienate at first many of those who have benefited from systemic oppression then we can get nowhere. Calling out oppression and recognizing its systemic nature has to be an end in itself to begin the extremely difficult process of dismantling these institutions of oppression. Calling it out will not end it, it is a starting point. But without the starting point there is no end point. This means, under the conditions that exist in the here and now if we accept that calling out oppression will do nothing other than alienate the oppressors then we are in a Catch 22 from which there is no exit.

Which is why the "hurt feelings" of people unwilling to acknowledge that they play a role in the way our society, their society, functions, cannot be a primary concern for those who seek to be allies to movements of the oppressed, racialized and marginalized.

Just because someone is a "good guy" does not mean they are somehow exempt from the social norms and forces that surround them. That is an absurd contention and the fact that so many will assert it shows that we have a very long way to go.

Systemic oppressions result in very real violence and human degradation. Systemic misogyny, patriarchy, colonialism and racism have horrific consequences that we witness daily in our streets, communities and on the news.

Unless we, especially those of  us like myself who are white men, are willing to acknowledge the fact of our colonialist civilization, are willing to confront the fact of our legacy and continuation of systemic racism, are willing to acknowledge the role men play, collectively and individually, in the creation of a culture of misogyny, then how can we seek to be allies to those communities and movements that are fighting to end the long and terrible history of institutionalized brutality that directly benefited us and whose continuing, daily and pervasive manifestations still do?

This is why talking about, seeking to understand and seeking to acknowledge our collective role in systemic oppression is an absolute necessity. Without doing so, it is very difficult to see how our society and civilization can ever begin to move past it..

See also: The myth of the leftist, feminist, anti-racist, elitist
Posted by Michael Laxer at 10:35 AM