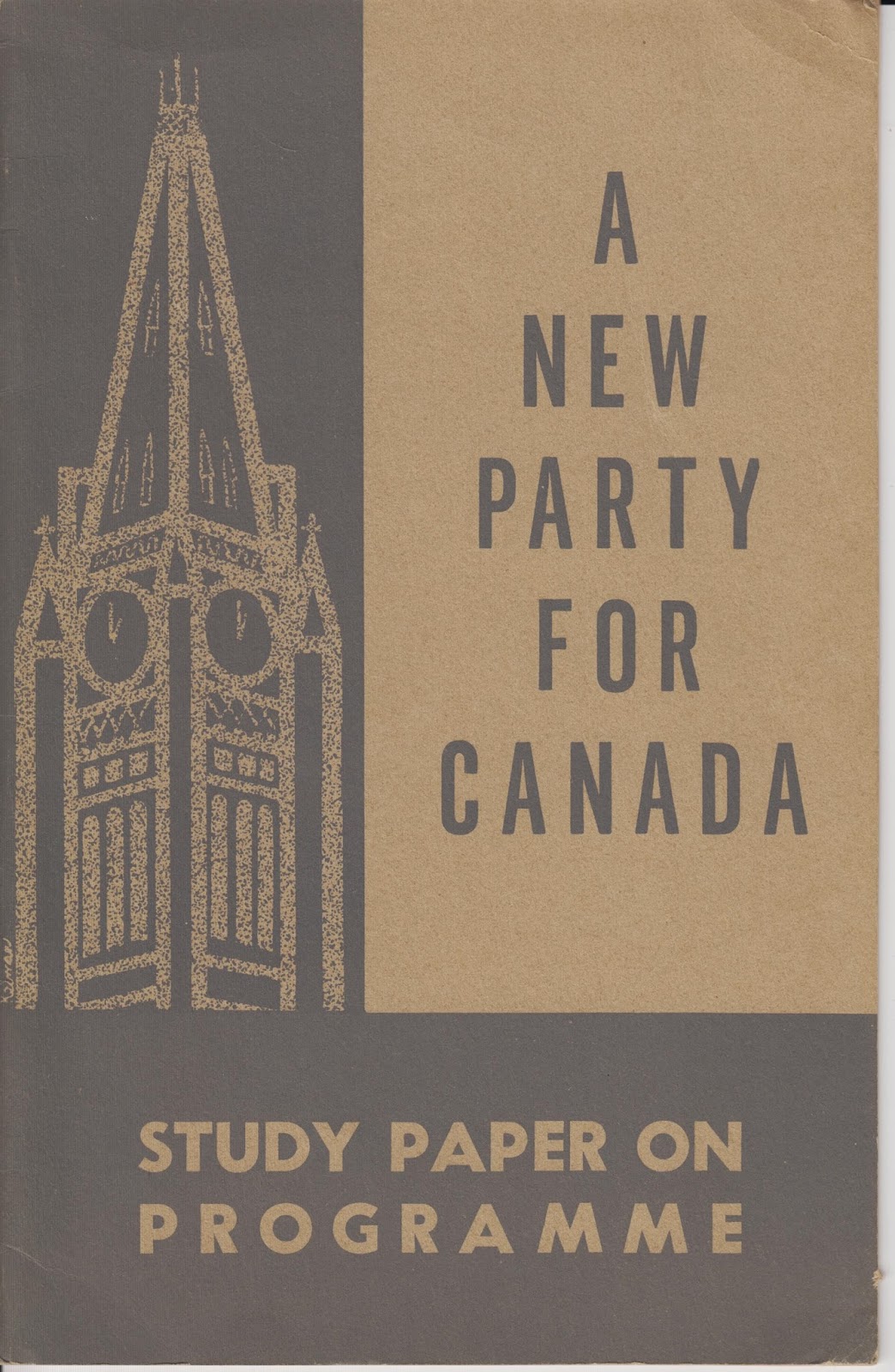 Put out in 1960 by the National Committee for the New Party, the following was a proposed platform for what would go on to become the New Democratic Party. It is interesting to look at, given the state of social democracy in Canada today, with its emphasis of economic planning, foreign policy, taxation and other proposals.

The introduction, which is not reproduced here, ends with:

The New Party can present a real alternative to the Canadian people: a different philosophy of society, different principles and different policies. The people would then have a meaningful choice, a choice between social inequality and human dignity; between private monopoly and public planning; between special privilege and co-operation for a common goal; between values based on greed and materialism and values based on human worth.

You can click on the scans to see the image more closely or increase your zoom to do so. 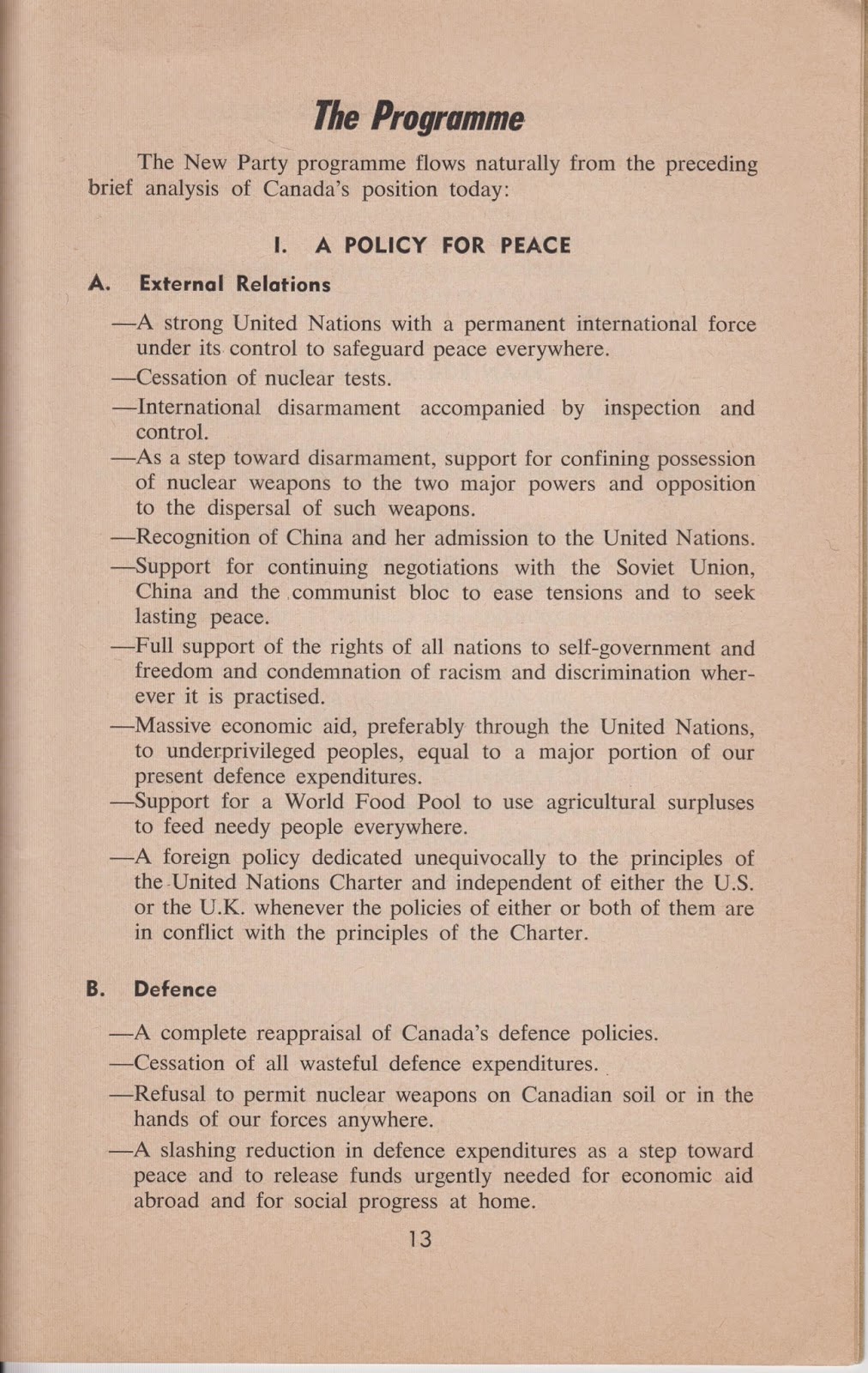 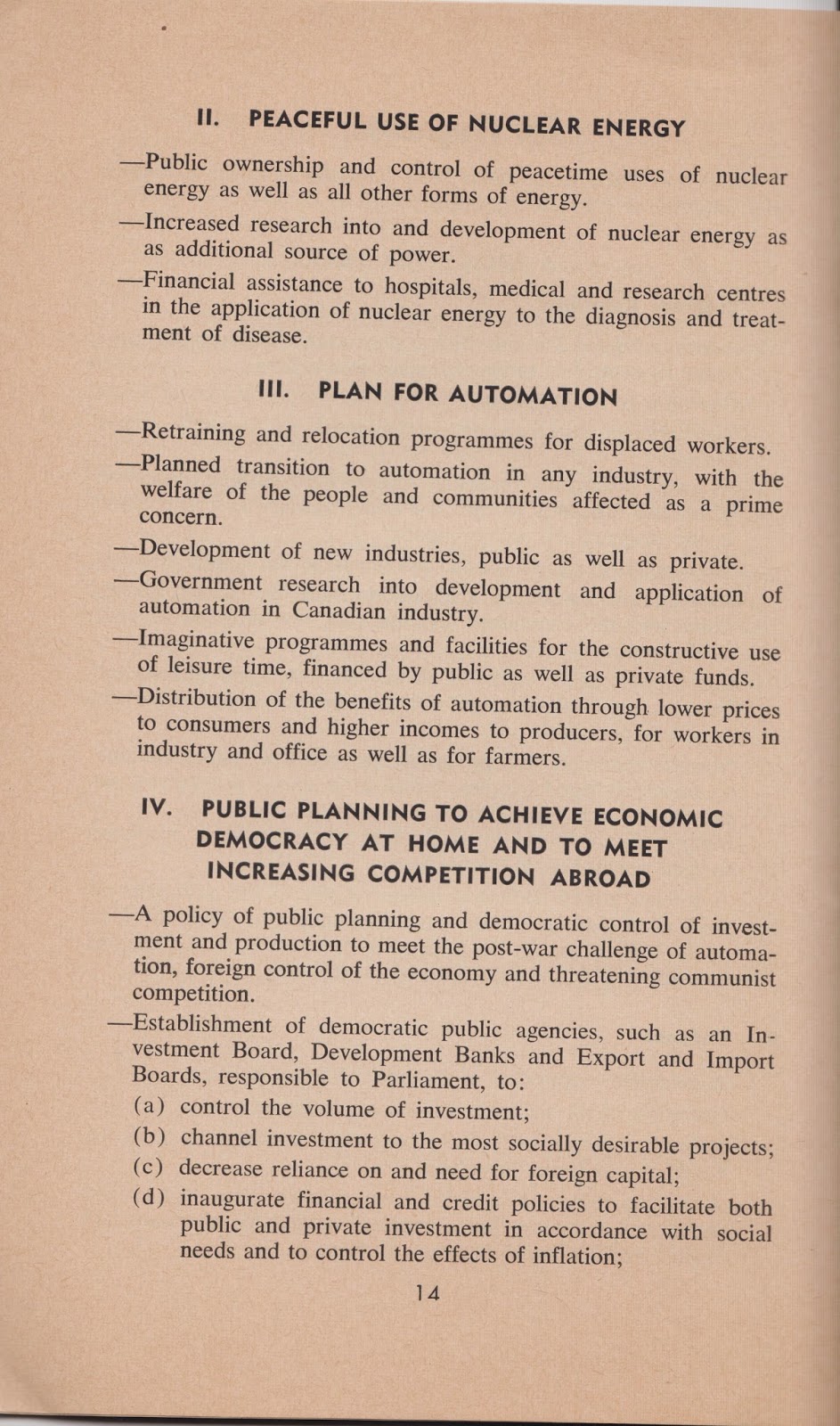 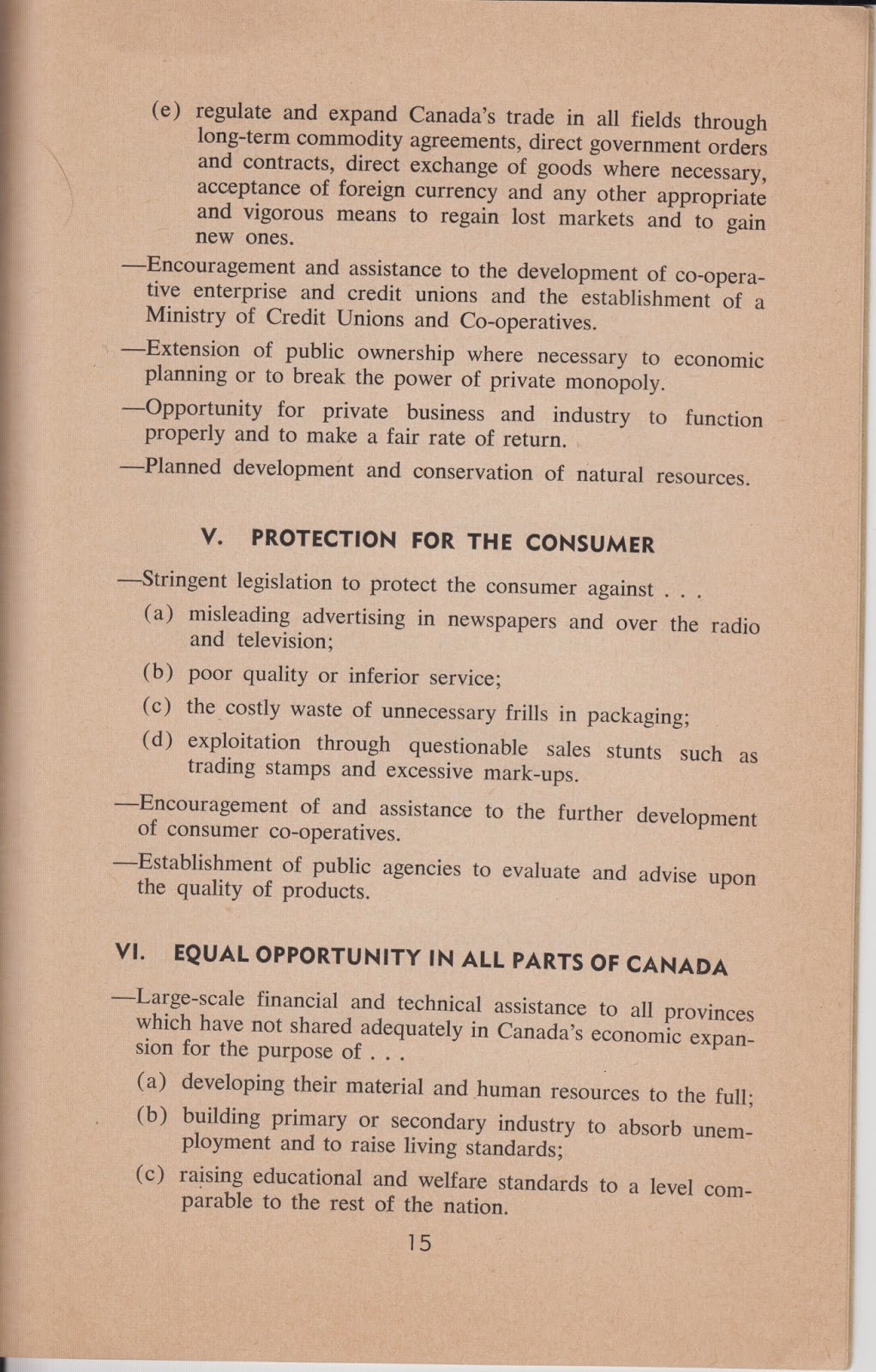 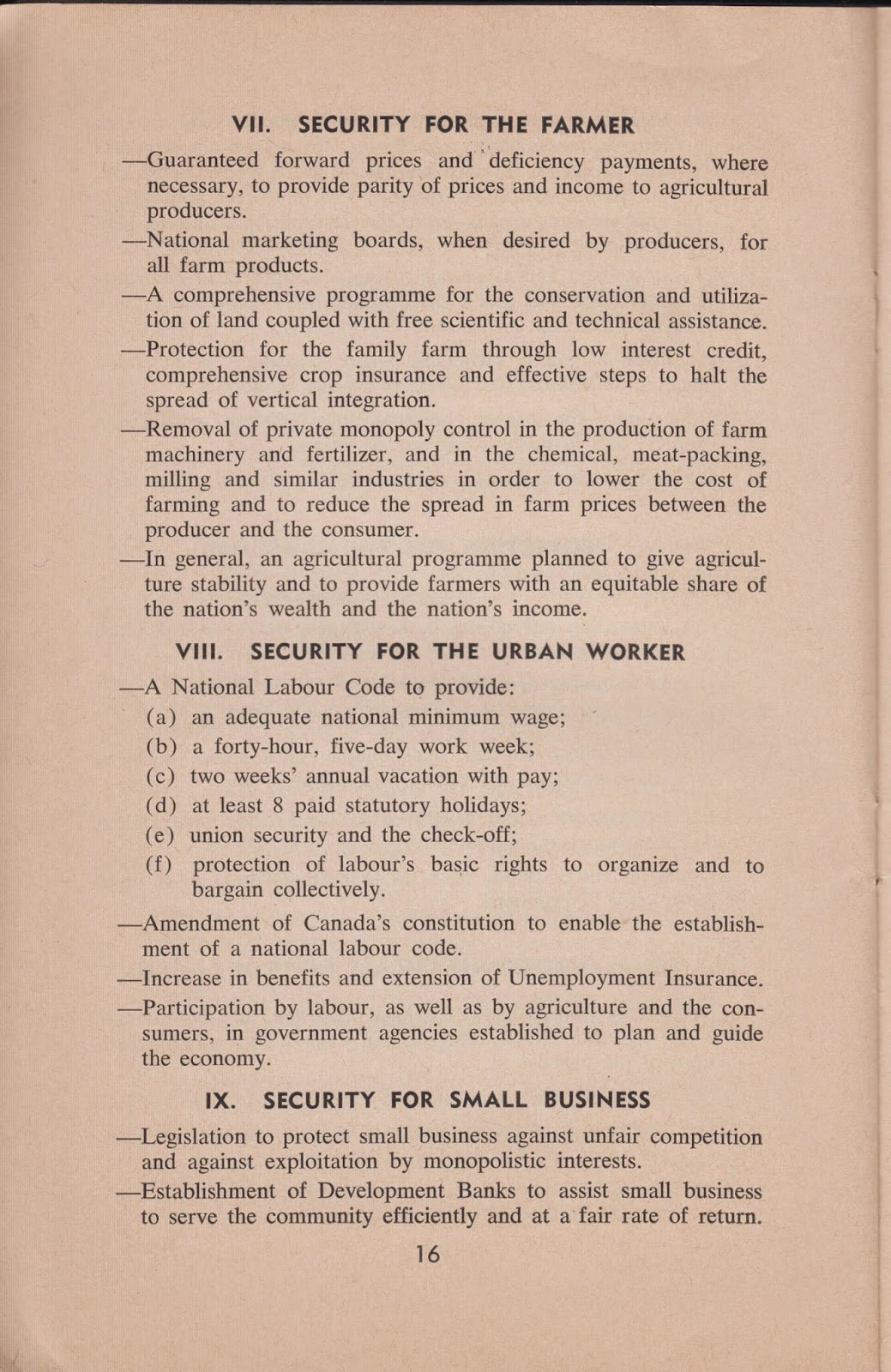 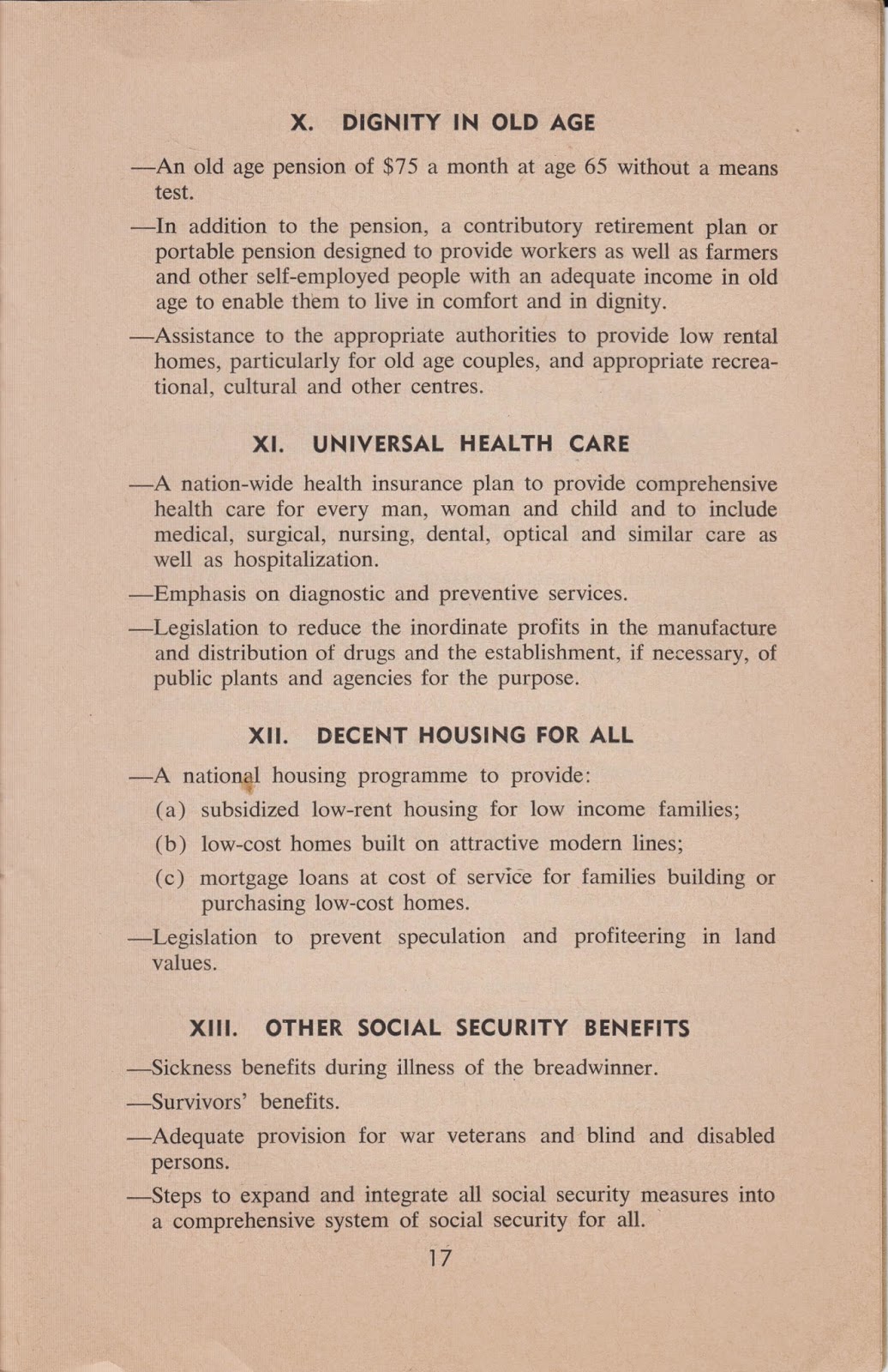 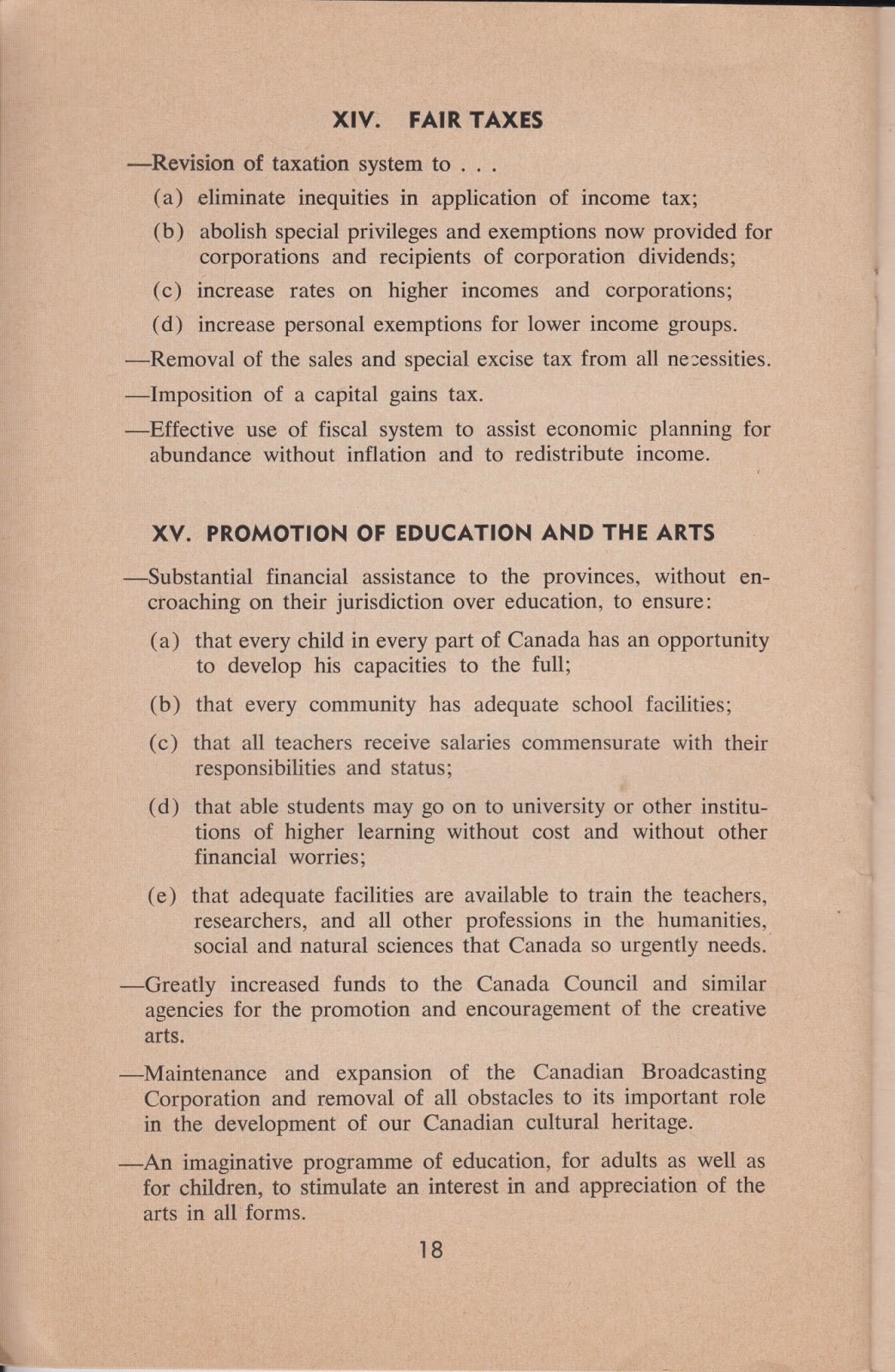 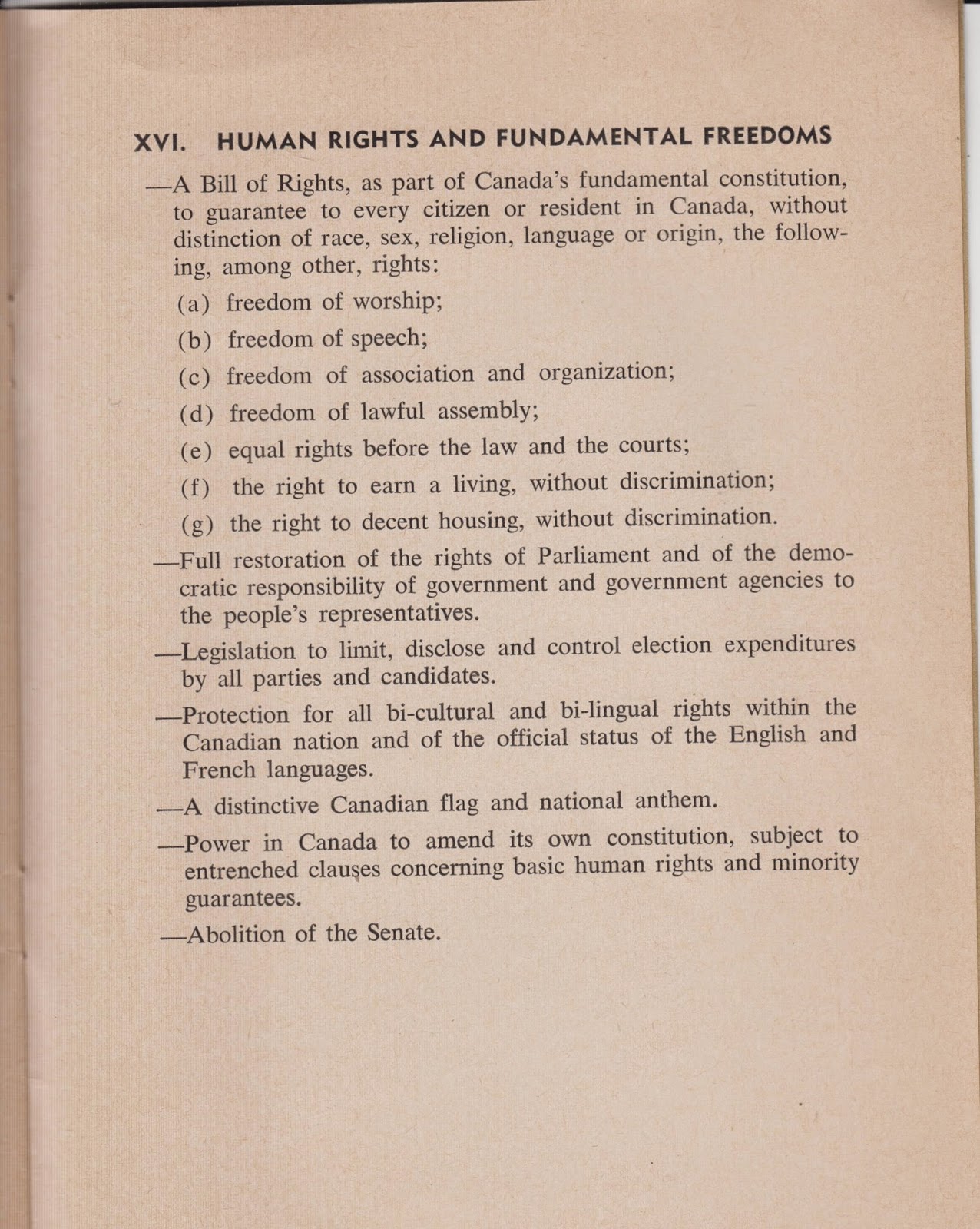