Beware the echoes of Toronto's 'Year of the Gun' 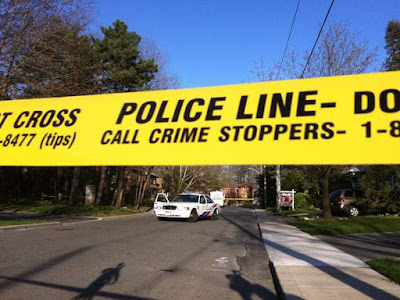 Suddenly, some politicians and the police are on the offensive demanding new measures, new laws, new funding and new or continued powers.

Well it should. Because it happened in Toronto before in the wake of the tragic innocent bystander shooting of Jane Creba that was the culmination of the notorious so-called  "year of the gun" of 2005.

After Creba died in the crossfire on Yonge St on Boxing Day, the Harper led Conservatives and the forces of so-called law-and-order were quick to seize the initiative in portraying the situation as a "crisis" in Toronto and beyond and in calling for draconian changes to criminal law in the country.

The desperate for power and pandering progressives in both the Liberals and Jack Layton led NDP were quick to follow suit.

With the appropriate parliamentary gravitas and sloganeering, the new mandatory minimum sentencing laws were launched, initially with the full acquiescence of the "left".

And one-by-one they were later struck down by the Supreme Court.

Remember this as we head into a new supposed upsurge in gun violence in Toronto that has not lasted long enough to be seen as anything other than a statistical blip, and as another horrific "wrong-place-at-the-wrong-time" killing of a pregnant woman rightly enrages a city.

The Toronto police union -- quick as always to seek to justify their department's staggeringly bloated funding and the massive and continual diversion of civic funds to their members and their alleged needs -- took out a full page ad in two major newspapers condemning recent and long-overdue talk of reigning in police spending.

Predictably the media is also wringing its hands and spreading the fear that so bolsters police bottom lines.

Yet, as in 2005, this hysteria is hardly warranted.

While it is true that gun crimes (at least according to the somewhat dubious stats of the police themselves) are experiencing a likely temporary spike, they have historically not been experiencing that at all.

Homicides were actually lower in Toronto in 2015 than in either 2013 or 2014 despite the alleged increase in gun crime.

In other words, there is nothing to see here yet unless you want to.

After a brutal crime it is always easy to inflame passions with fear over reason.

That does not make the police narrative anymore true. Carding was and is still racist and ineffective. The police budget is still outrageous. And there is no evidence at all that Toronto is any less safe than it was a generation ago.