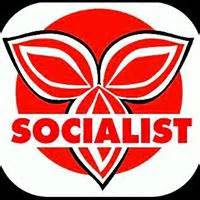 Five years ago today in Toronto, the Socialist Party of Ontario was formed.

Based around putting the supposed egalitarianism of socialism into action, it was created as a leaderless party whose intent was to allow for the flowering of a real collective and democratic approach to party policy and governance.


It also adopted an unashamedly and avowedly democratic socialist platform.


Sadly, for reasons that would take an epic second article to relate (one which I may yet write, as the lessons of experiments are always important) the SPO is now dormant. It had its opportunities and moments, but something would always derail them.

I remain tremendously proud, however, of what the activists who came together that day tried to do.

If for no other reason that we tried to do something.

The NDP is a shallow, undemocratic neo-liberal farce. The entryist attempts to change it, as well as broader efforts, have and will almost certainly continue to lead nowhere.

With the revival of socialism as an idea in the United States even, there is a clear and present opportunity for a new Left Front style party and movement to unite Left Social Democrats. Socialists, Anarcho-Syndicalists and Communists together in the common cause of attacking head on and tearing down the rotten edifice of the bankrupt capitalist politics of today, including those of the NDP.

The sick and grotesque politics of inequality, systemic oppression and environmental degradation.

Yet, sisters and brothers, that new movement is NOT another Marxism conference or lamenting article away! If we are to build something worthwhile and new to escape the swamp of what is the emptiness of the liberalism of the NDP and Liberal Party and to fight for a real working-class agenda, we have to go beyond sharing internet memes celebrating victories in other countries.

We have to make these victories happen here as well.

Today, I share links to the SPO platform and constitution as well as to our two Spokesperson videos from 2011 and 2014.

The socialist idea will never die. Let us try to build a new party around it together again.

No more talk. The time for action is now.