Victory Day - 10 Soviet Postcards Celebrating the Triumph Over the Nazis 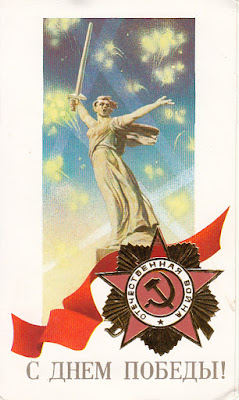 May 9th is Victory Day in Russia and many other countries in Eastern Europe and is the day that the triumph of the Red Army over the Nazis in World War II is celebrated and honoured.

While May 7th or 8th is commonly regarded as VE Day in the west, in Eastern European countries it is the 9th as it was in the early hours of that day that news of the Nazi surrender reached Moscow.

There is no question that the Soviet peoples and the Red Army bore the brunt of the suffering and sacrifices in the titanic struggle to defeat Nazism and Fascism. It was the Red Army that ultimately turned the tide at battles like Stalingrad and Kursk and that drove to and captured Berlin, ending the war.

Victory Day remains a major holiday there to reflect and honour those who died fighting Hitler's barbaric regime.

These are 10 postcards from the 1980's in the USSR that celebrate Victory Day. They include images of the monument at Stalingrad, the Soviet Order of Victory and of the celebrations in Moscow after the triumph. 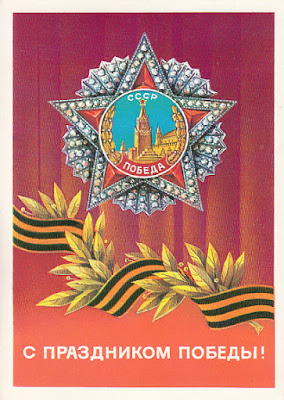 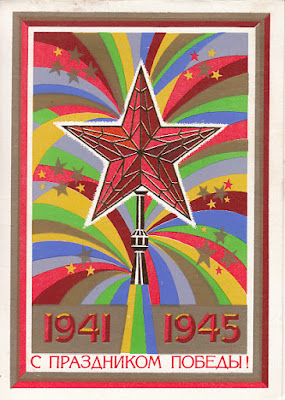 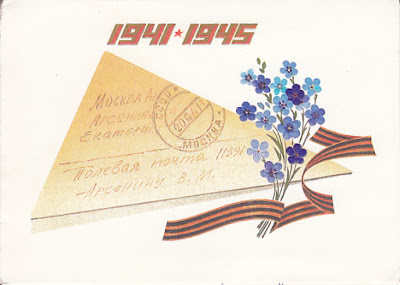 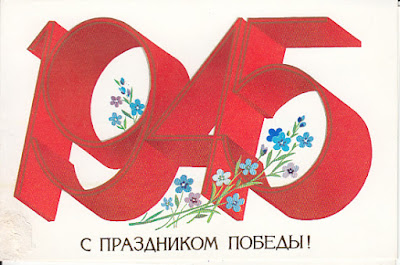 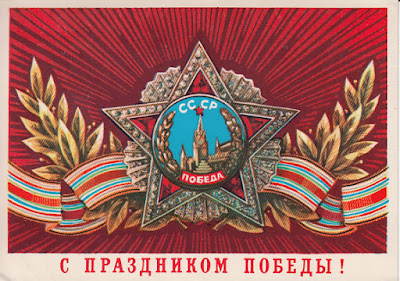 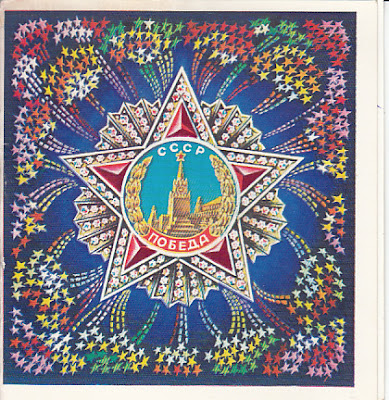 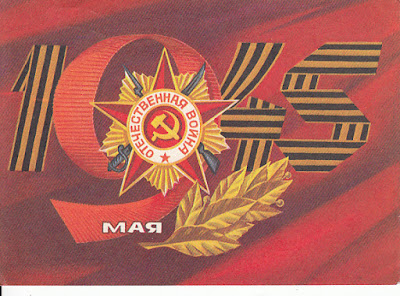 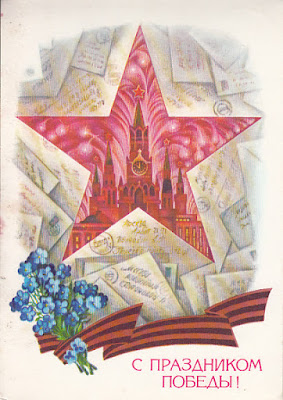 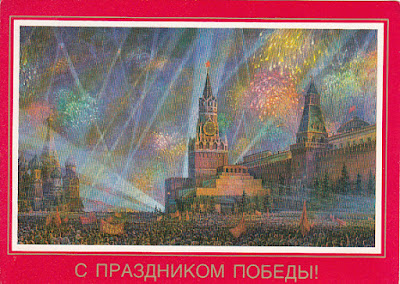 See also: From Revolution to Stalingrad to Space - Historical Sketches of the USSR for Young Adults
Posted by Michael Laxer at 6:42 AM