A Modest Proposal: Nationalize The Telecoms! 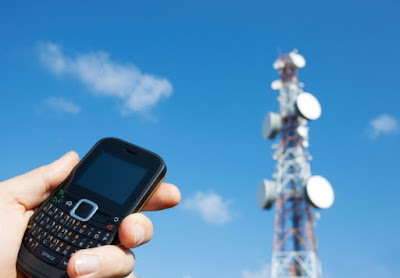 “Your call is important to us. Please stay on the line.”

As a longtime Rogers customer, I’m accustomed to corporate platitudes like the one above. We’ve all been in a situation where, despite our best efforts, we simply cannot avoid calling customer service. It happens with all sorts of companies, but is particularly frustrating when you’re asking a telecommunications company for help. Maybe you were in the middle of uploading a term paper, and Rogers decided to do some “unscheduled remote maintenance” on your modem (this actually happened to me). Having tried everything, and sitting on the verge of tears, you call Rogers/Bell/Telus, and hear a robot on the other end. Canadians from coast to coast to coast have similar stories of non-functional hardware, unreliable connections, and price gouging. We’ve heard many possible solutions, such as “increasing competition” and “market stabilization” – ideas that seem to be diametrically opposed, but in fact have the same (predictably negative) consequences for customers. I’d like to propose a radically different solution – a public takeover of all telecommunications companies operating in Canada.

Thought it may seem a far-fetched idea, we don’t have to look far for proof of a publicly-owned telecom that not only turns a profit, but is actually an active innovator. SaskTel, a Crown corporation owned by the people of Saskatchewan, takes in $1.2 billion in revenue every year – not bad for a province of just over one million people. These figures are interesting, because SaskTel only has a net profit of $76 million per year. Where does the rest of the revenue go? According to its 2015 fiscal report, SaskTel has spent the past several years upgrading its entire infrastructure (moving away from landlines, for instance). I can think of nothing similar undertaken by Canada’s privately-held telecoms. By placing quality of life over the slavish pursuit of profit, SaskTel is ensuring that Saskatchewan remains a technological innovator. More importantly, it’s providing a service (telecommunications) that essentially is a need in an increasingly technological society.

The most common fairy tale that neo-liberalism likes to tell is that the invisible hand of the free market is all-knowing and wise. SaskTel (along with many other Crown corporations) puts the lie to that notion. Through thoughtful planning – considering how they will deliver a high-quality public service – SaskTel has managed to be a major innovator in the telecommunications industry. Most of us take video-on-demand (on a cable box or website) for granted, and this is a service that SaskTel pioneered in 1988. First large-scale commercial fibre optics network? First offering of HD Internet streaming? Both of these ubiquities are SaskTel innovations. I have no doubt that the private sector would have gotten around to these things at some point, but the upfront costs (particularly in a large and sparsely-populated nation like ours) would never be approved by any corporate Board of Directors. Better to let the allegedly incompetent public sector spend all the money on developing services, prove they can be profitable, and then replicate it. Titans of industry, indeed.

In an increasingly (some might say worryingly) technological society, telecoms have become more and more crucial to living a healthy life. Social media connects us to family and friends, at home and across the planet. We nearly always apply for jobs and schools online. We even use social media to find romantic partners. They may have once been frivolous expenses, but a working cell phone and Internet connection are essentially needs in this economy. Distressingly, Rogers and other telecoms are pricing their devices and services out of reach of those who need them most. My basic phone plan, which allows me unlimited text, thirty call minutes a month, and no data, costs $25. Throw in caller ID (an absolute necessity for those who need to reply quickly to possible job/school admissions offers), and you’re already paying $37/month. Little by little, these prices seem to be rising. SaskTel can do many things, but with its sharply limited marketing possibilities (Saskatchewan only has about one million people,) it will never achieve any sort of economy of scale. A telecommunications monopoly, reaching all thirty-six million Canadians, could drastically reduce or eliminate the need for marginalized people to go without services that allow them to access jobs, education, and, most importantly, a place in the world.

There are, of course, many ways that a total monopoly could go wrong. Aside from government lethargy (which, as we have seen, is actually a grossly over-reported phenomenon), what would stop a future corporatist government from selling off CanTel? Assuming that we managed to elect a leftist government with guts – no mean feat in this country – how would we protect ourselves from a future private monopoly, like the absurdity that is Ontario’s Beer Store?

The Canadian government (meaning the Liberal Party) has a history of creating Crown corporations for purely political reasons, and then quickly selling them off – think Air Canada and Petro-Canada. The only real response that we citizens would have would be to protest and demand that the government hold on to what would be a very valuable asset.

The case for a fully public telecommunications industry is strong, but to ensure real accountability, it would have to look quite different from the Crown corporations we have today. At the LCBO, for instance, the chain-of-command is perfectly straightforward, just like at a fast food restaurant or electronics store. As socialists, our goal with this and other “modern” Crown corporations would be to foster the development of a co-operative commonwealth. So - CanTel ought to be democratically run! Who better to make major decisions about public services than the workers who provide them? While there would be public ownership and oversight of this co-operative, it would be run on the basis of workplace democracy. Certain services could be reinforced in different areas, with changes made in direct response to community needs.

Though it seems far-fetched, entire countries have nationalized their energy resources (a far more contentious battleground) and lived to tell the tale. All we need is a little hard work and foresight.

A.M. is a writer in Toronto

Do you have a "modest proposal",  left point-of-view or opinion, a recipe or a story you want to share?


Send them to The Left Chapter via theleftchapter@outlook.com!
Posted by Michael Laxer at 7:30 AM