Mergen and His Friends: A Nanai Folk Tale - A Vintage Soviet Children's Fable 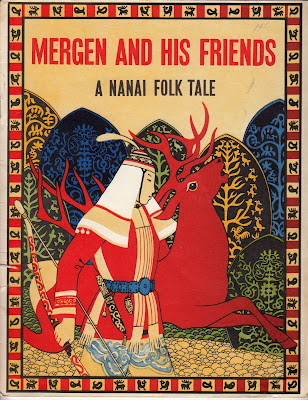 Published in English in the USSR in 1973, Mergen and His Friends - A Nanai Folk Tale is a fable that touches on timeless themes.

The Nanai are a people indigenous to what is now the Russian Far East. There are approximately 25,000 Nanai who still live in Siberia and China.

Translated by Jim Riordin, the tale begins as a young hunter named Mergen wanders through their lands. He has three encounters with animals on whom  he shows mercy and is promised a favour in return by each.

These favours come in handy when Mergen happens upon a village elder who has enslaved a hundred young hunters like Mergen who had sought the hand of the elder's daughter. He had challenged them all to a series of impossible tasks in which they failed.

Mergen, in love with the daughter, takes his chances and with the aid of the animals he ultimately triumphs and returns to the village not just to marry the daughter, but also as liberator.

For when the old man gives Mergen all his slaves, Mergen says "from this day forth there shall be no slaves nor servants. We shall all be brothers and live in peace".

What really makes the storybook stand out, however, are the lush and truly beautiful illustrations by Grenady Pavlishin. These are incredibly realized with  tremendous detail, including in the little box drawings that fully border every page.

A remarkable piece of children's book illustration and artistry that it is well worth taking a trip through the magical pages of again. 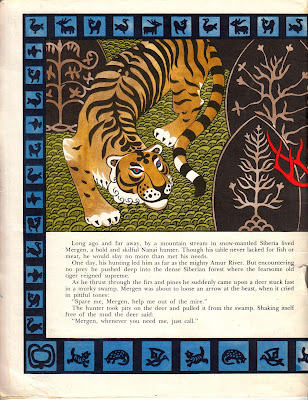 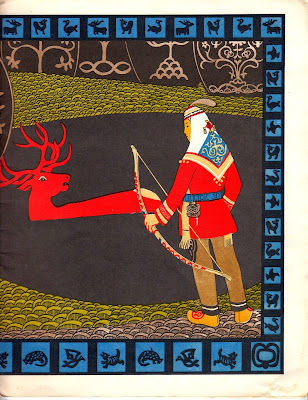 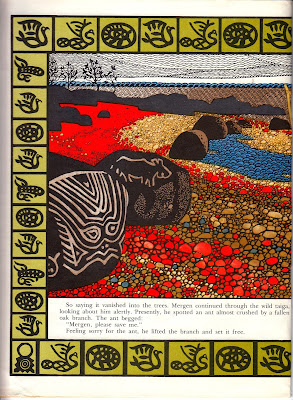 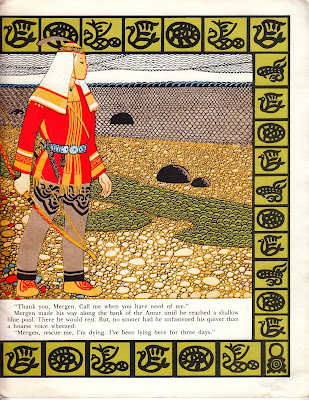 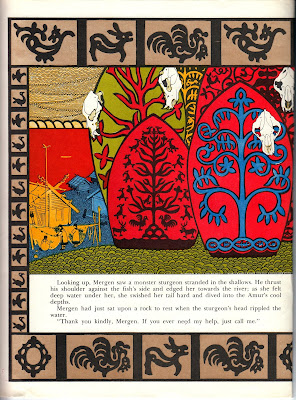 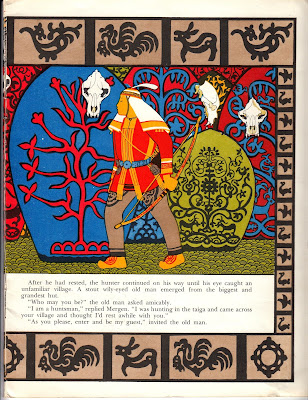 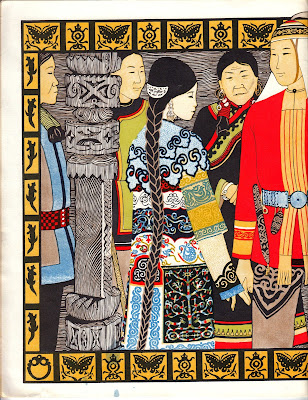 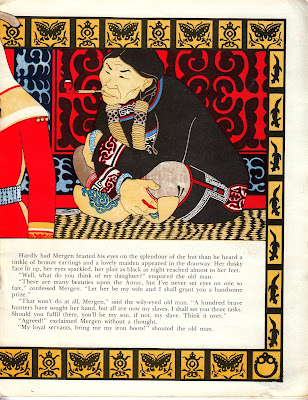 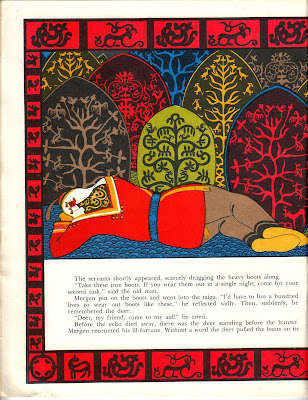 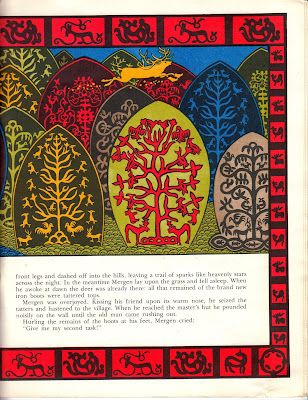 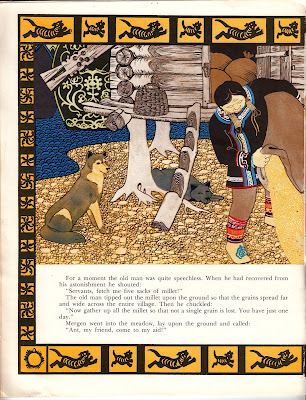 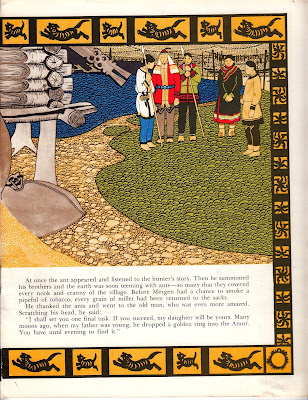 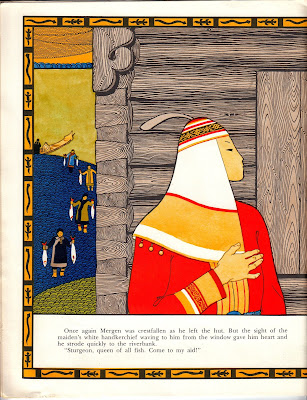 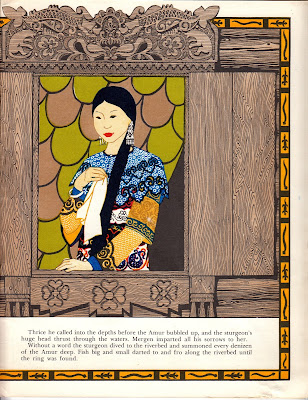 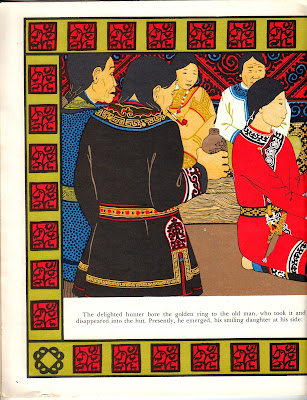 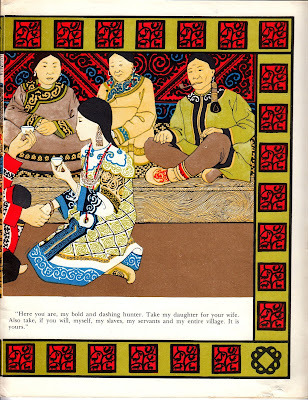 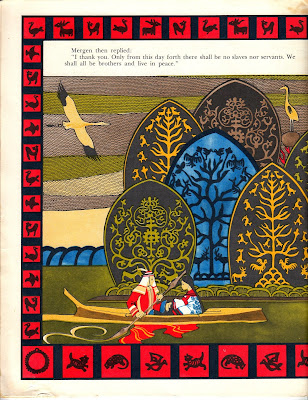 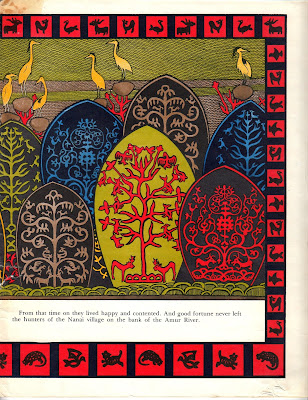 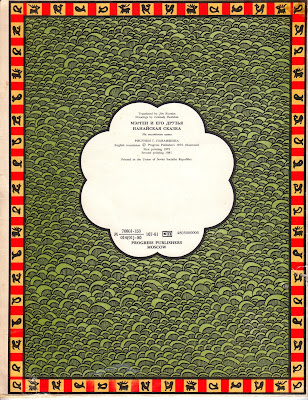 See also: Strongest?: Teaching Children About the Power of the People - A Vintage Soviet Children's Story

Posted by Michael Laxer at 2:02 PM