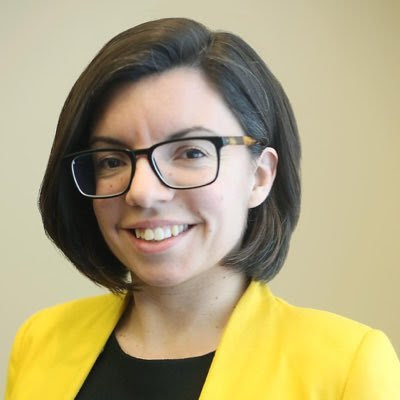 Niki Ashton launched her bid to lead the federal NDP today and did so in a way that, by the party's present standards, established her as (for now) the standard bearer for those who want to see the party turn left.

While in my first look at a leadership race that was slow to start but that is now clearly underway in earnest, I anticipated that she would likely adopt a left tone, she did so surprisingly aggressively -- a pleasant surprise, no doubt for many who feel the NDP has become too centrist.

Ashton, describing herself as a "proud democratic socialist, activist and intersectional feminist" promised to fight for (as ipolitics put it) "pharmacare, dental care, and better access to mental health services, along with fighting against precarious work conditions" as well as for scrapping tuition fees and for student debt forgiveness.

In a series of tweets that matched her launch announcement she adopted a tone that was noticeably radical with comments like "We live in a time of unprecedented inequality and racial injustice as a result of the neoliberal agendas of previous" governments, "Decades of neoliberal policy have proved a huge detriment to our economy and our country", "Let's be clear that racism and sexism are problems in Canada and they are systemic problems" and "You privatize it, we nationalize it. You deregulate it, we regulate it." She also praised activist movements like Black Lives Matter, the $15 Now movement and Idle No More.

"We are a left-wing party and we should be proud of that" she proclaimed, a statement that no doubt sounded like a rallying call to many dispirited party activists and that was equally a throwing down of the gauntlet to those within the party who have embraced the centrism of Layton and Mulcair.

In fact, Guy Caron -- who we saw as the likely candidate of continuity -- responded to Ashton's prior comments this past weekend that the party had been outmaneuvered on the 'left' (a term that must be used loosely in this context) by the Liberals  in 2015 in a predictable fashion by denying that this was the case at all.

Ashton's launch makes the dynamic of the campaign very interesting as she is clearly seeking to stake out some of the terrain that Charlie Angus aimed for -- even including tweeting a Bernie Sanders reference -- as well as that that Sid Ryan would be attempting to occupy if he does in the end decide to run.

This makes the left of the leadership campaign possibly an unexpectedly crowded place with as many as three major candidates seeking to draw on Sanders' unexpected success for at least some inspiration and to position themselves as seeking a departure to one degree or another from the NDP's path of the past few years.

Of course Ashton does have the obvious obstacle to her left stance that also faces Angus in that she served as an uncritical (publicly at least) MP under both Layton and Mulcair as they took the party along a road dramatically different from the one she now claims to want to follow.

How she handles getting past this contradiction (as well as the fact that she has launched with a tone well to the left of that that she used in her last leadership campaign) and establishing hers as a bona fide candidacy from the left remains to be seen as she campaigns and rolls out some of the finer details of her program and vision.