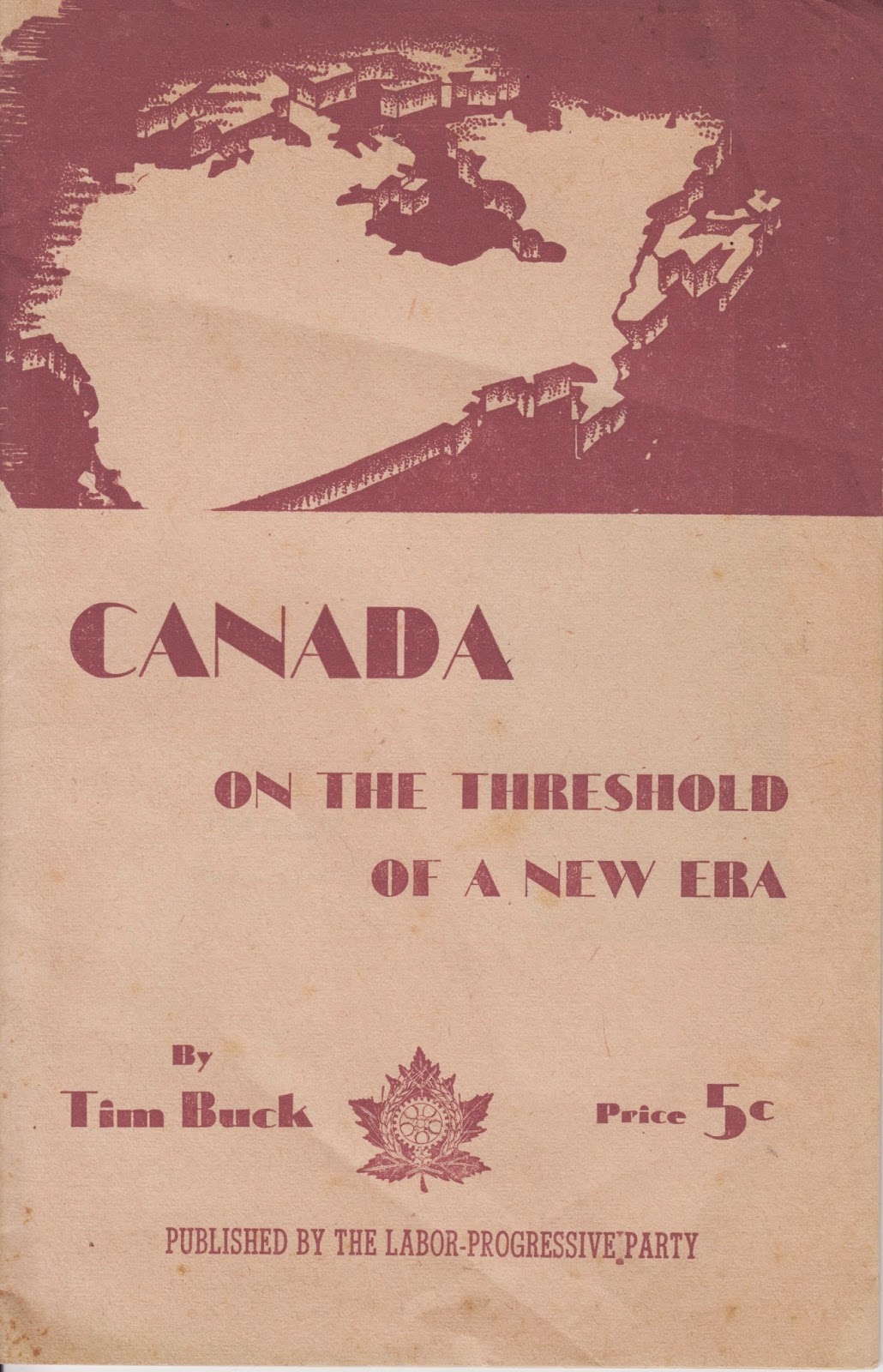 In 1946 Tim Buck, who we have featured before, gave a speech in Toronto that the Labour-Progressive Party, as the Communist Party was called at the time, republished as a leaflet.

The leaflet is interesting for a couple of reasons.

First, it shows how the party was tailoring its message as the Cold War began to dawn and relations between the former World War II allies began to turn dangerously confrontational. This was a time when the LPP had reached the height of its electoral success on all three levels of government, which was to ebb dramatically as it came under relentless attack over the coming years.

Second, the leaflet has some really terrific illustrations! While the illustrator is not named, you can still enjoy their propaganda work! 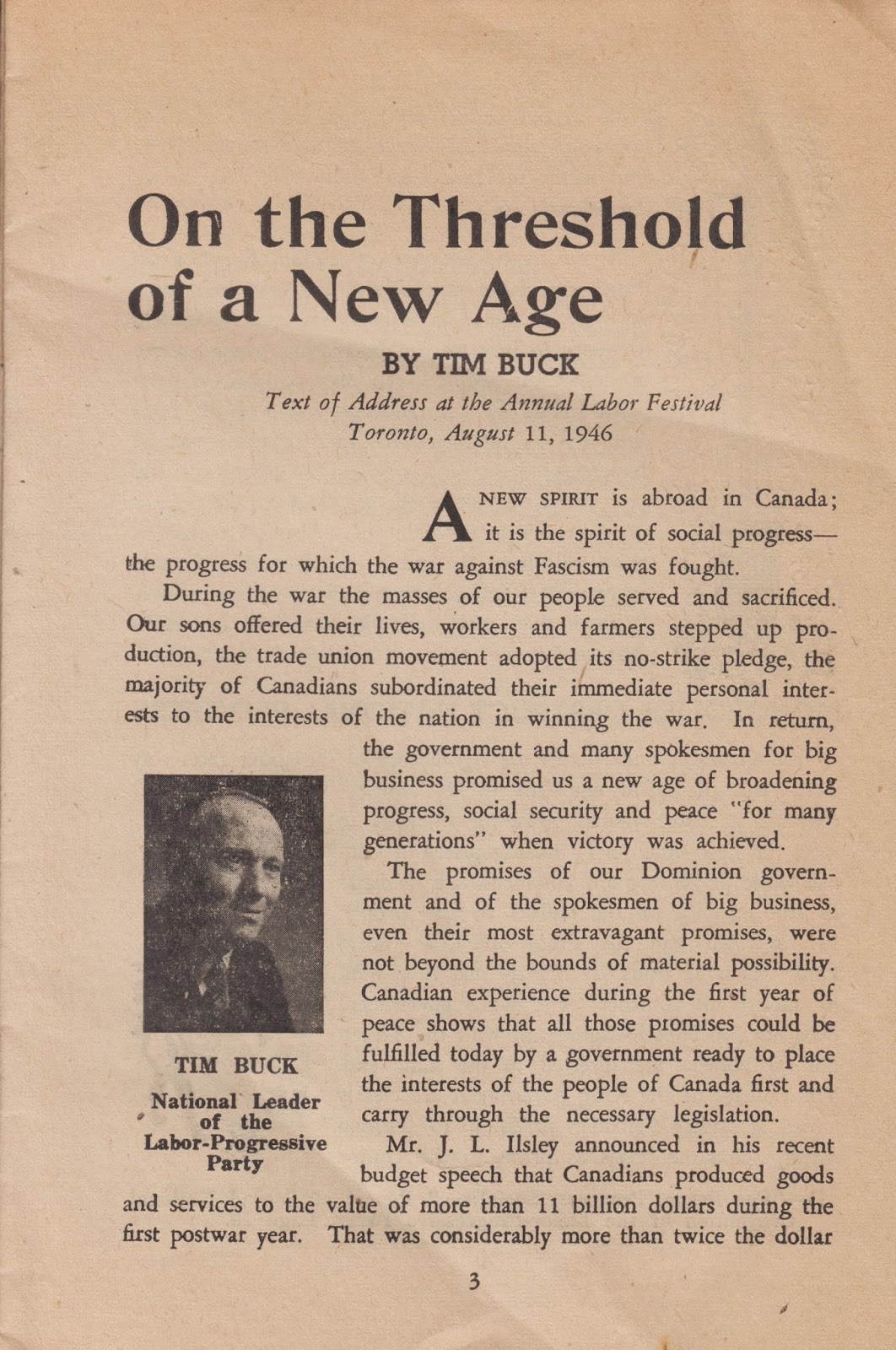 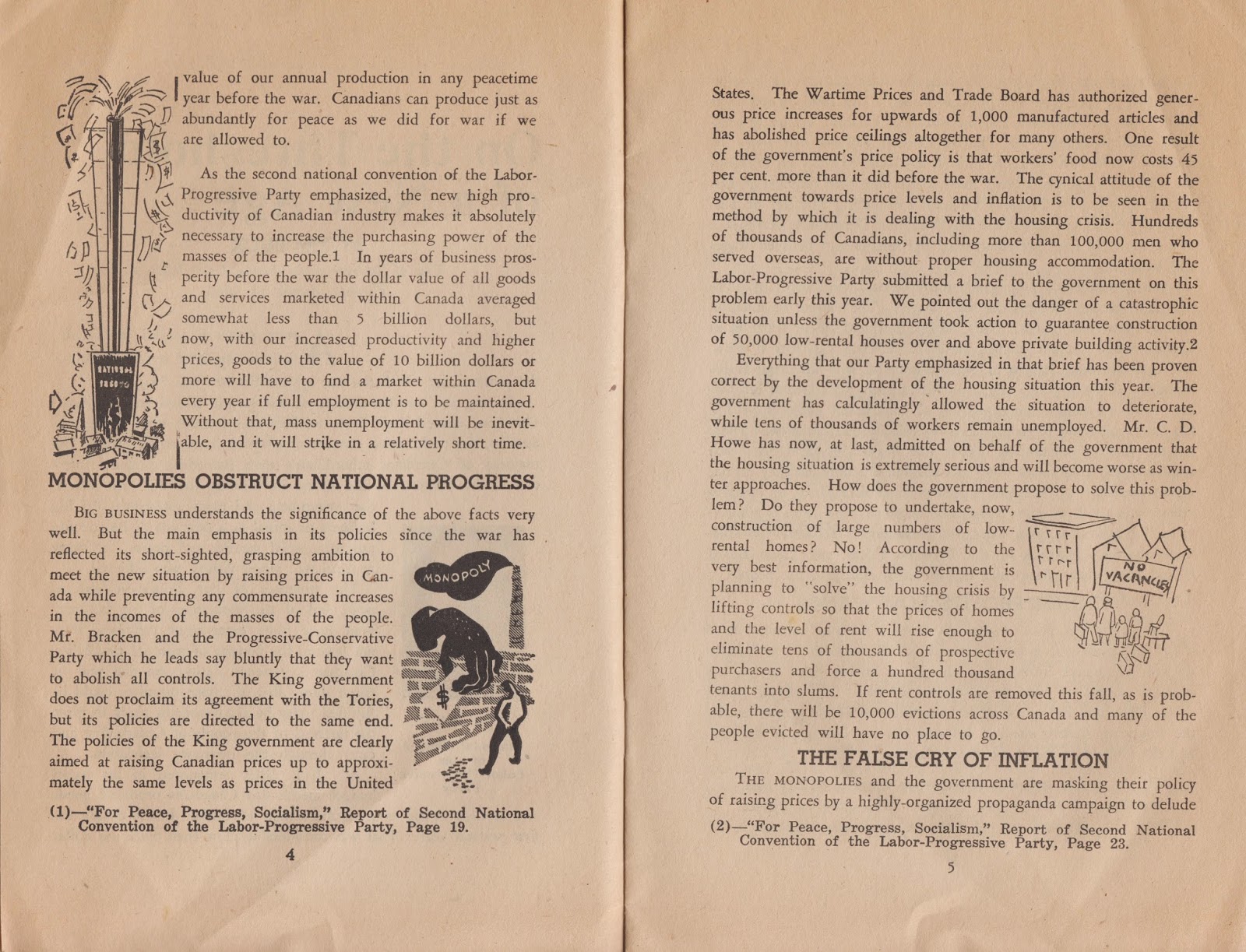 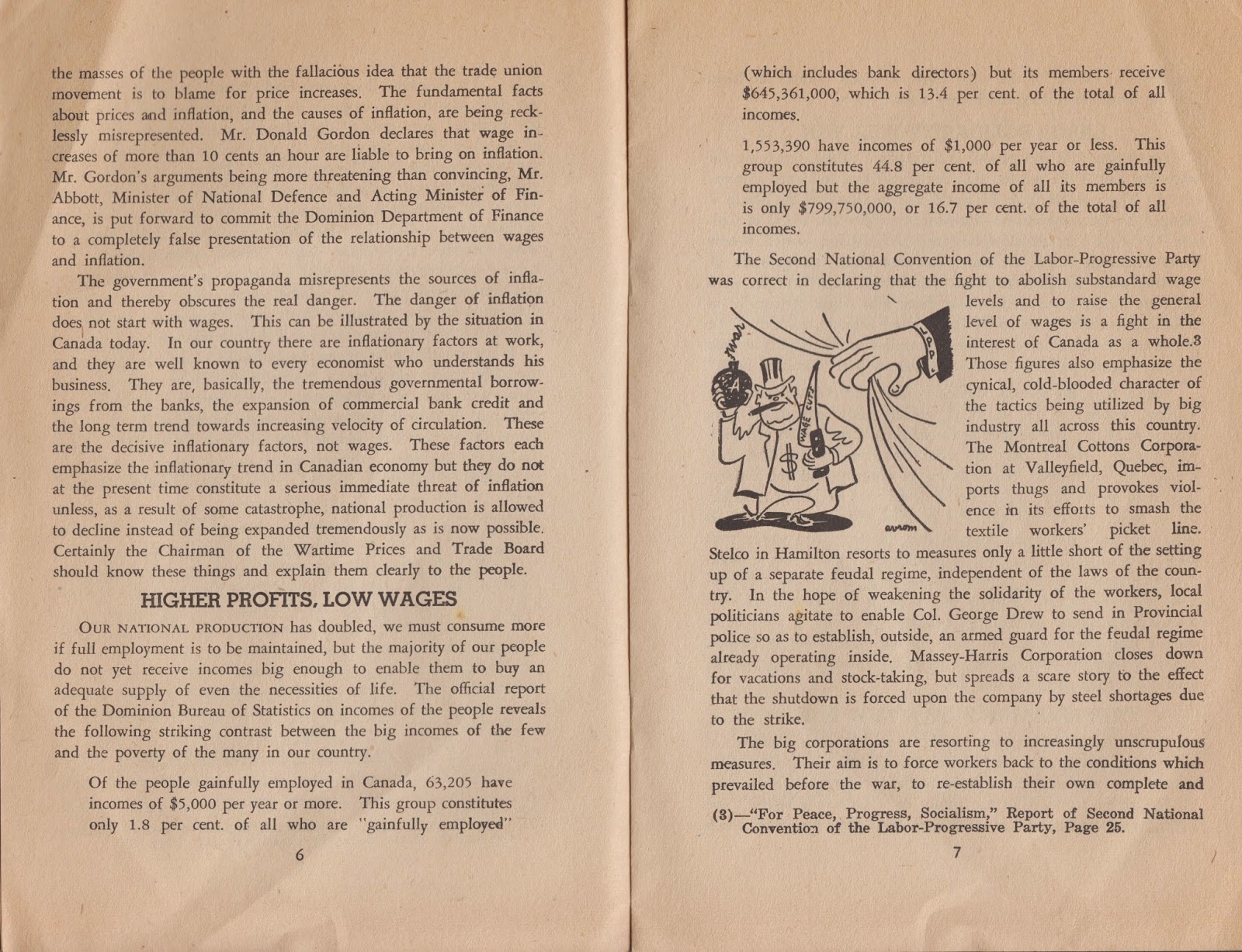 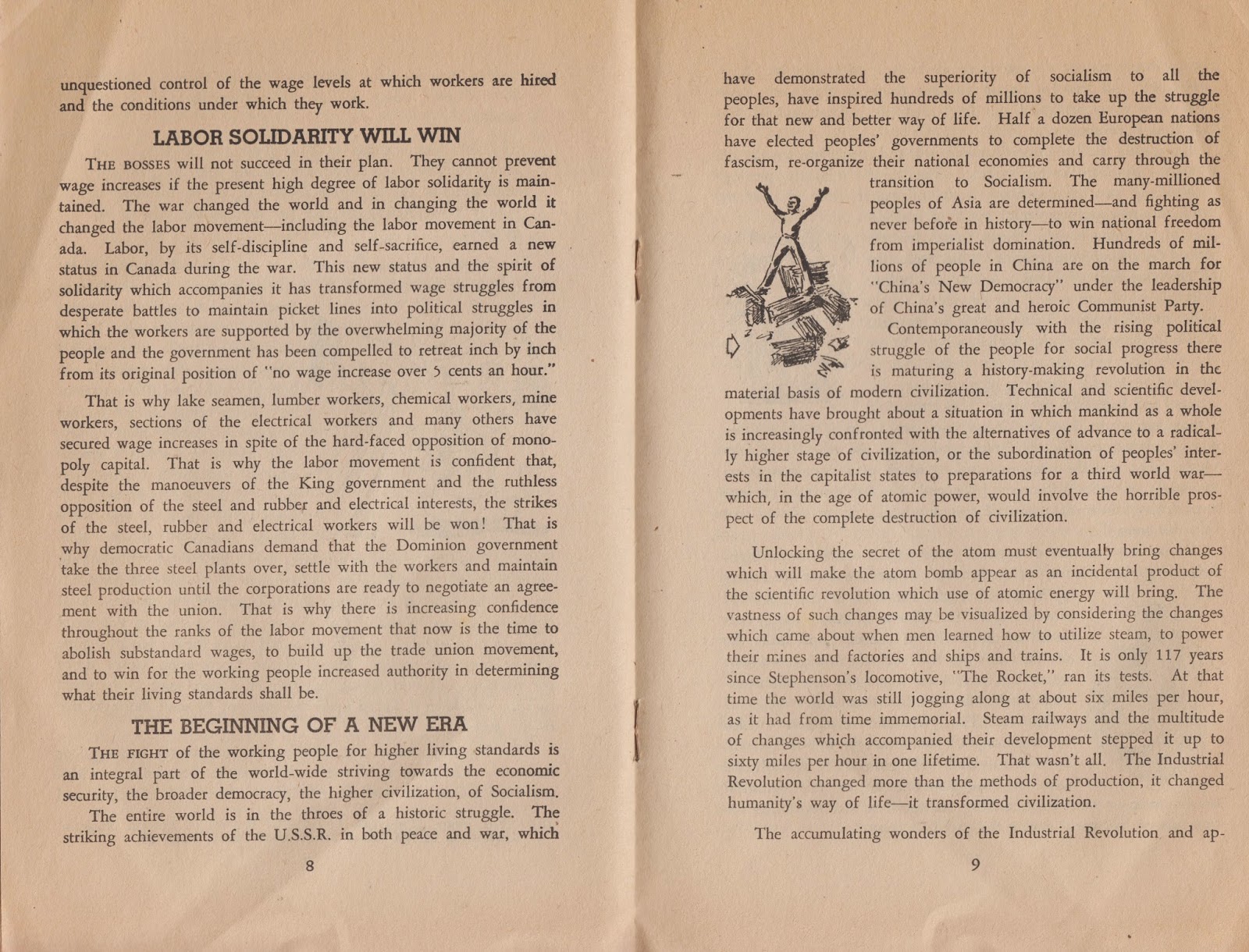 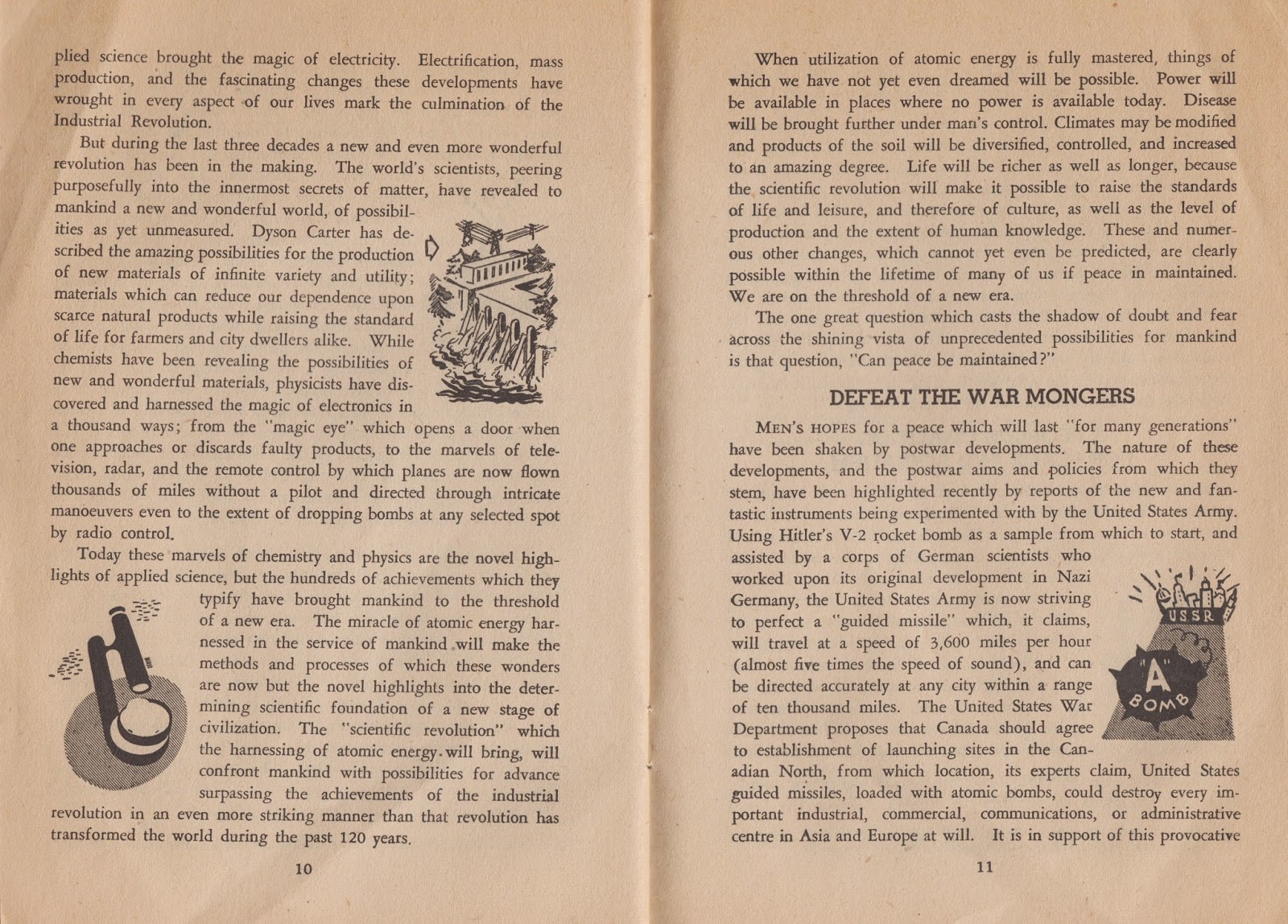 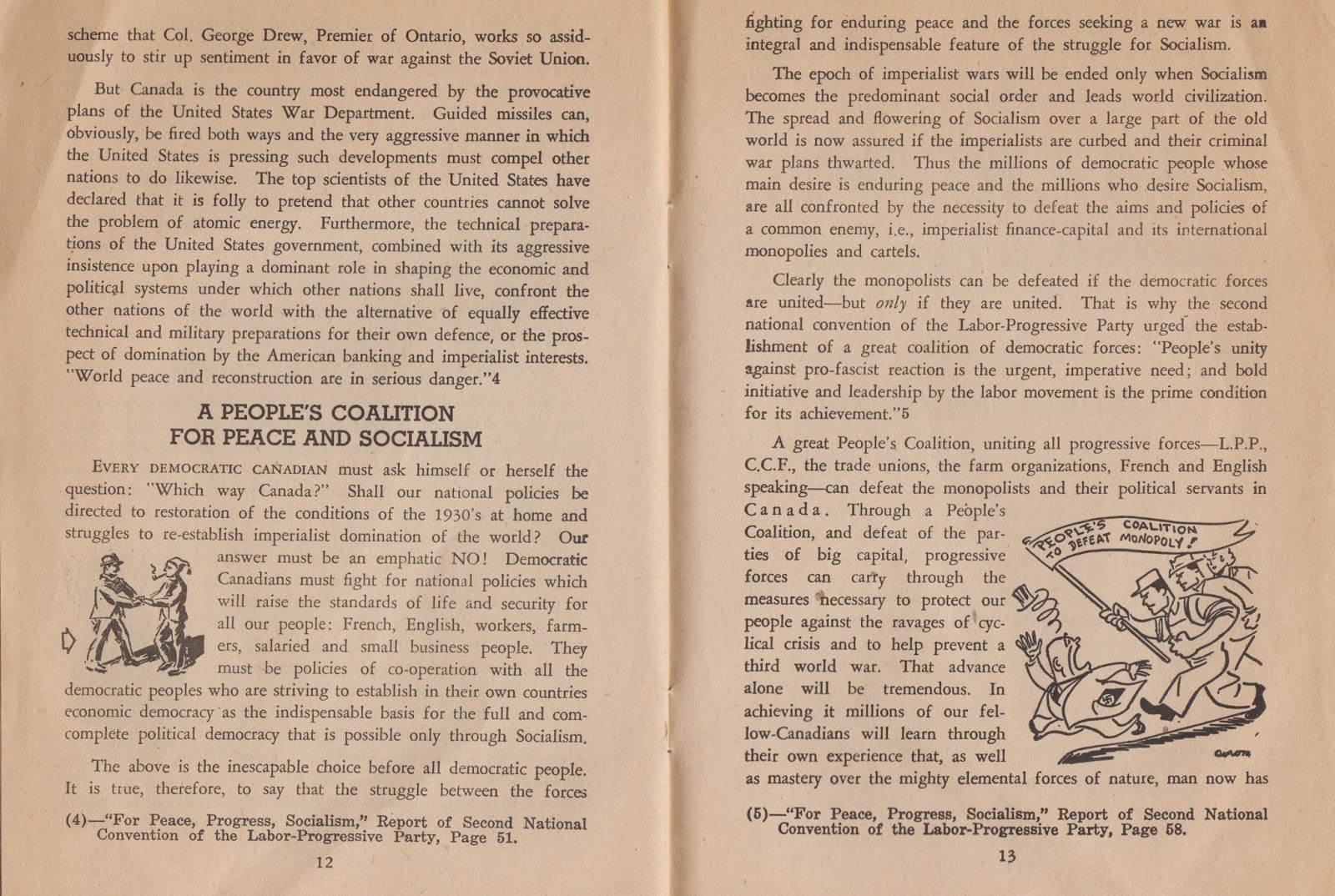 Posted by Michael Laxer at 1:43 PM