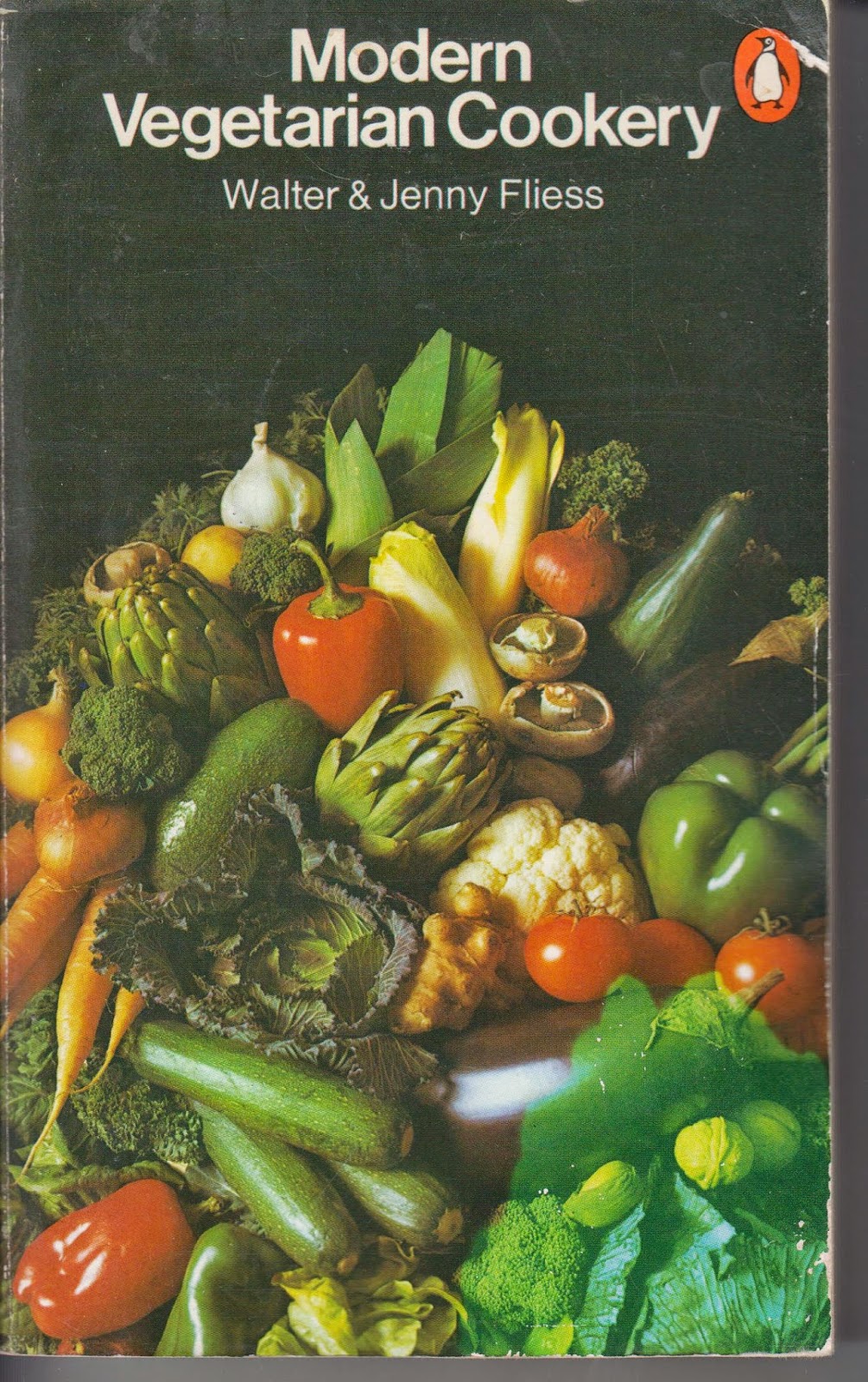 Reminiscent of The Pauper's Cookbook that we looked at in a previous blog, Modern Vegetarian Cookery was a no-frills pocketbook sized volume that contained hundreds of recipes, as well as looking at techniques, different vegetables, menu suggestions and more.

It was meant to popularize vegetarian cooking in a practical way and like The Pauper's Cookbook struck a real chord going through multiple editions. These were published by Penguin in the 1960's, 70's and into the 1980's.

The co-authors actually opened vegetarian restaurants both in England and on the continent and the cookbook  itself won an award in 1968.

Today we look at recipes for soups, rice dishes, Goulash and others. 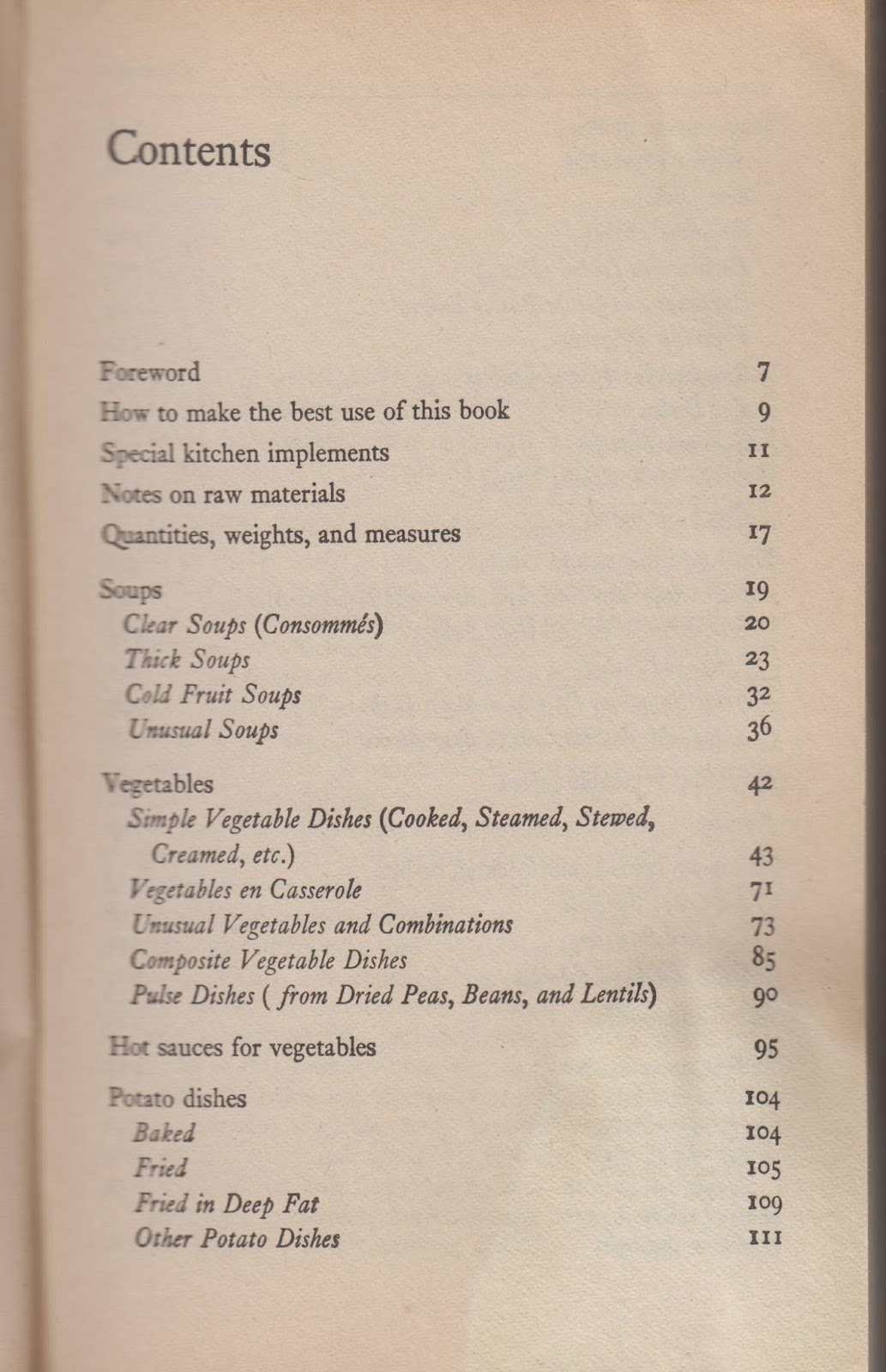 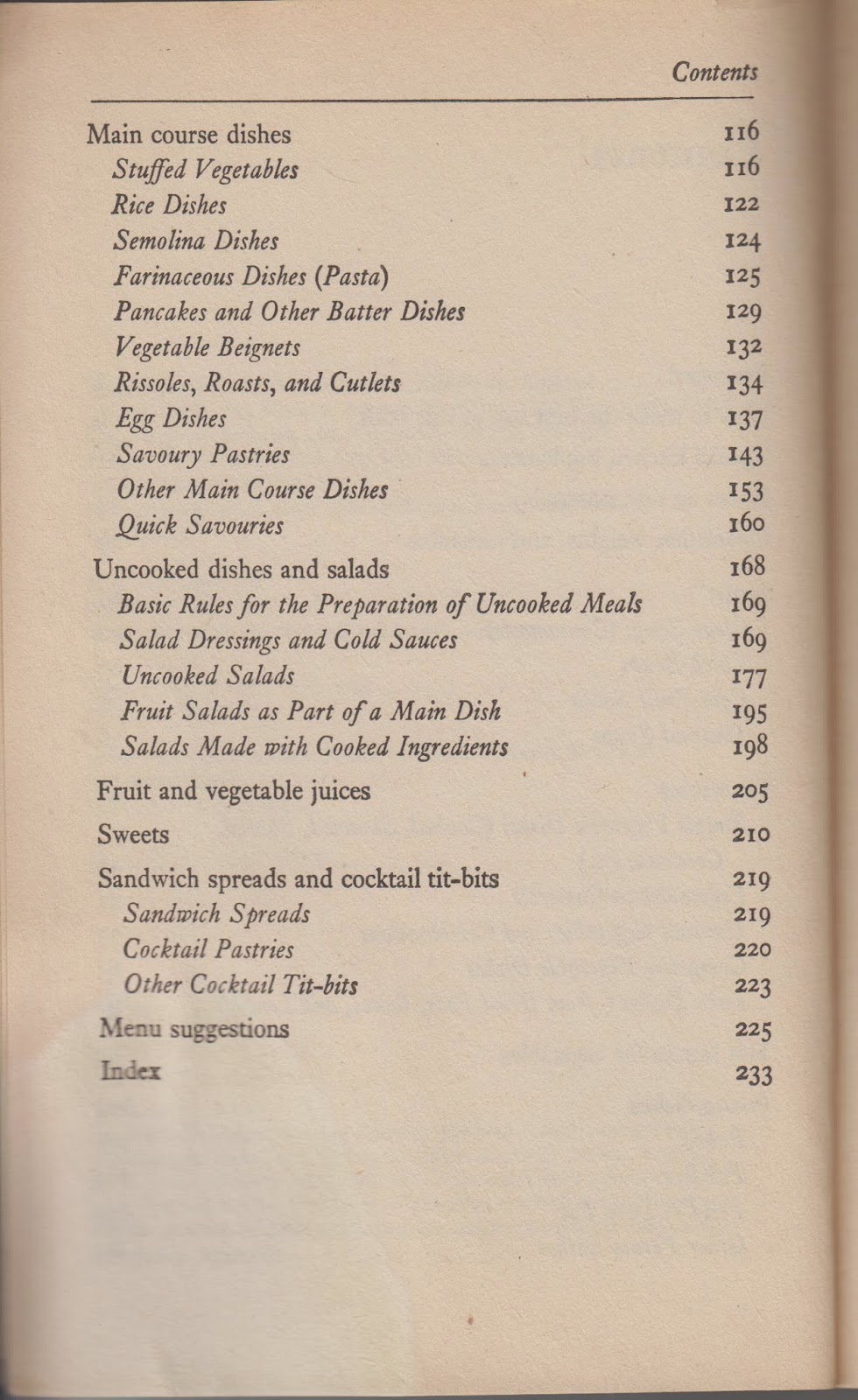 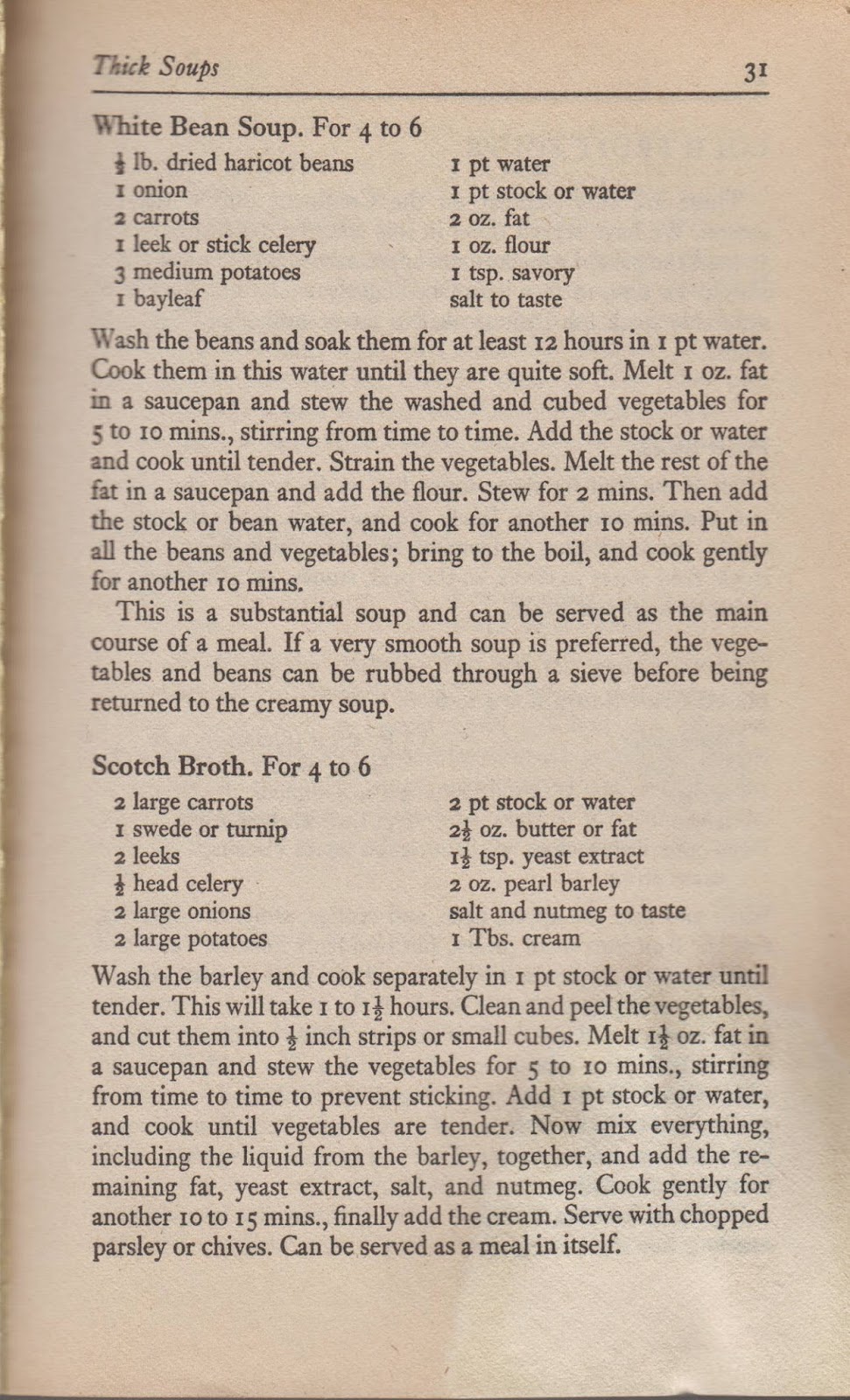 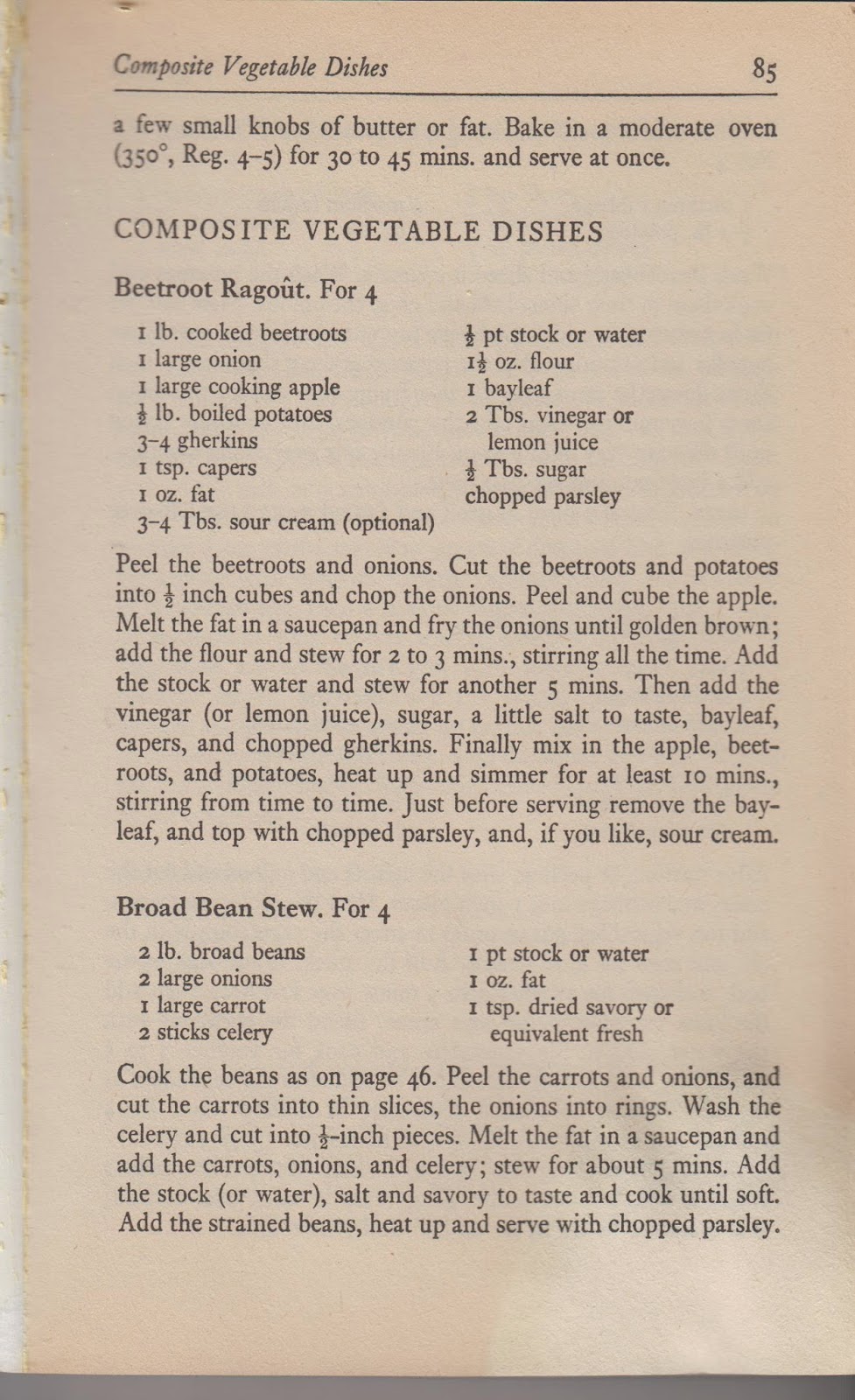 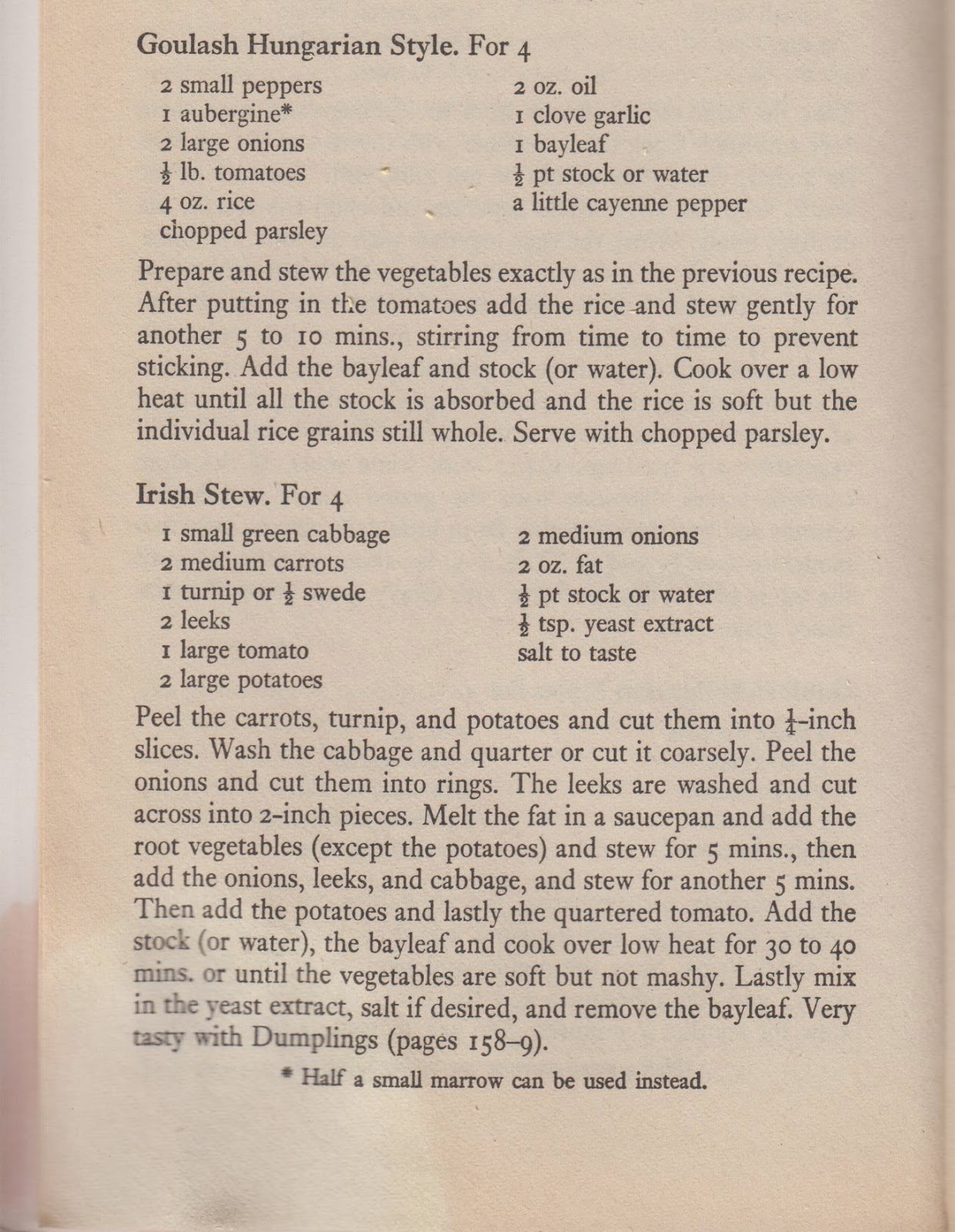 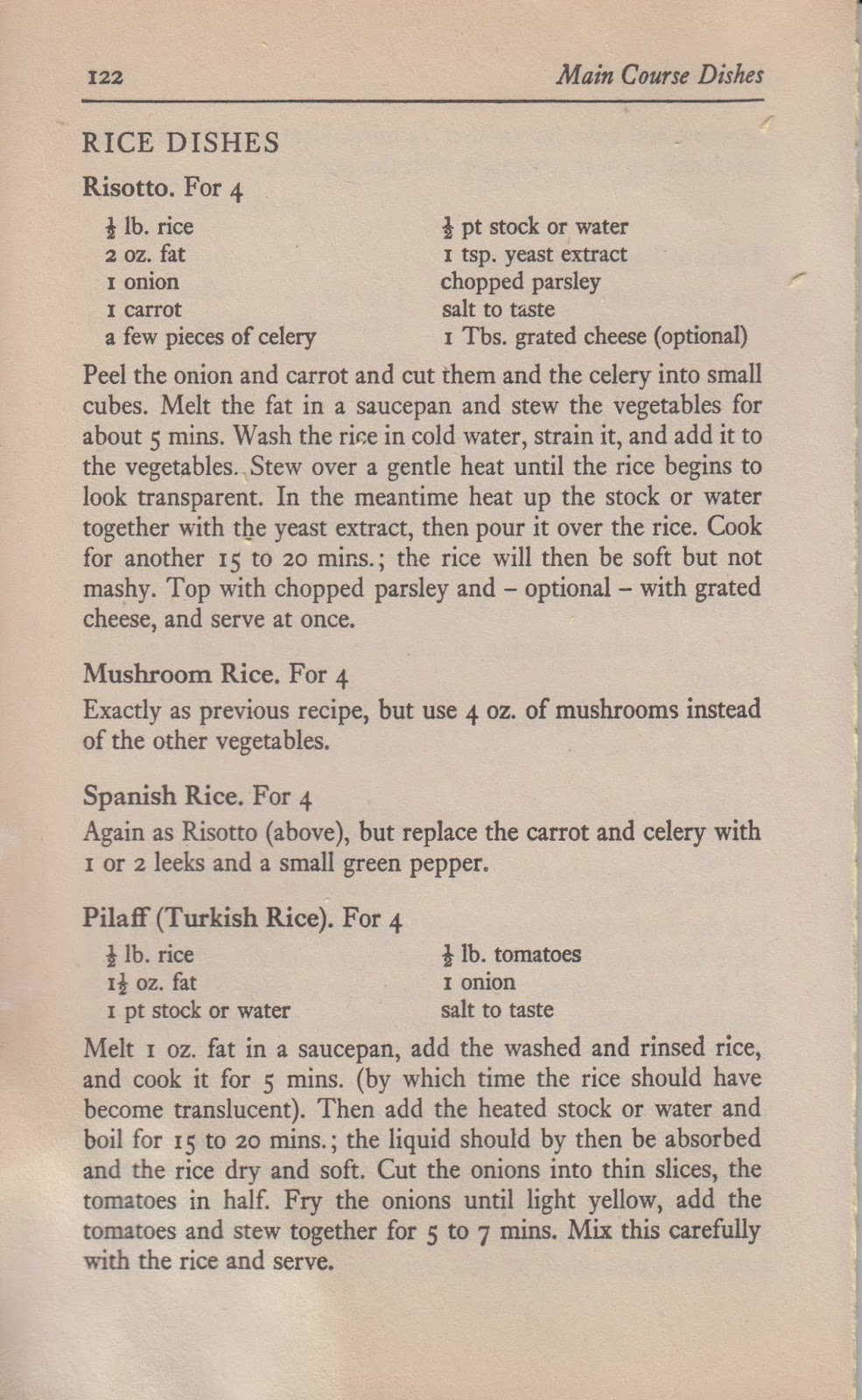