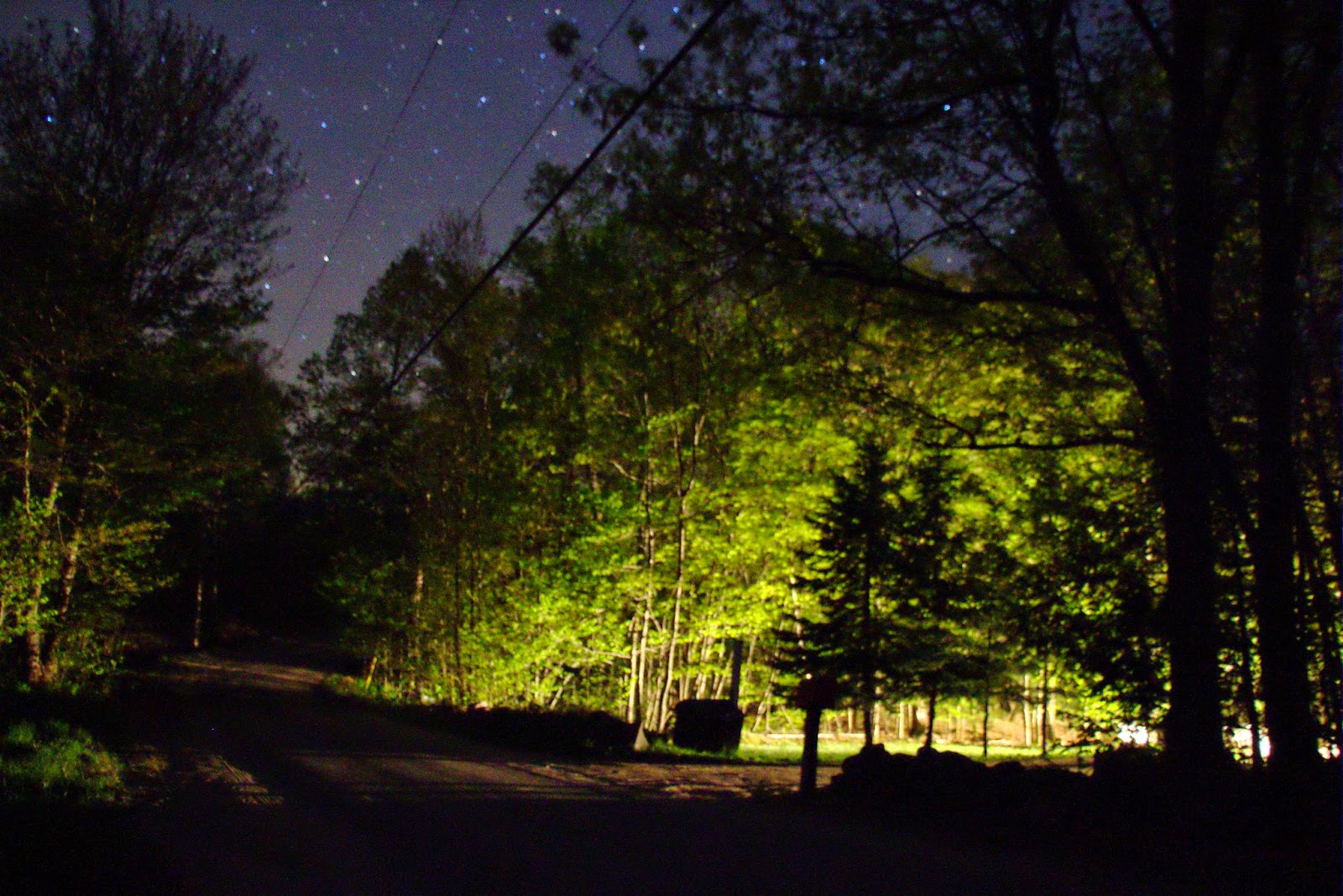 Trevor was one of those kids everybody liked. Brown hair, freckled face and toothy grin.

Trevor would make the old ladies at the donut shop laugh.

He would make the OPP guys smoking on break out front of the station house laugh.

He could make our mother laugh, and no one did that.

Even when I was a kid I knew my mother was beautiful.

She had, I later understood, those wistful, country-girl looks that made the very worst men apparently weak in the knees.

And she never made a personal decision that she did not regret and she never met a man who didn't, in the end, take terrible advantage of her.

But I couldn't know that then.

She was just mom and she'd hug Trevor and I each day home off the bus with her happy face and sad eyes. Standing, waiting at the top of the stairs of the house that her father bought when our dad left.

1999, just before the new millennium, and the phone call comes from Texas..."Mrs. Ridell, were you once the wife of...

I guess summer city folks would have thought our house quaint or even idyllic, but it was just a home.

God, we never had any money. Sort-of makes me laugh now, you know?

Good thing we had that house because the rest was all Kraft Dinner and Hamburger Helper.

Not that Trev or I cared. KD was OK by me!

She tried. What can I say?

When Trevor was twelve, guess it must have been '95, the Second Time Around got one of those Genesis systems. All our friends had one, or a Nintendo, or so it seemed. I am sure it was not really true, but you know the perceived injustices of childhood are the deepest injustices of all, right-or-wrong.

Trevor wanted it so badly.

He would wander up outside the store window and simply stare, slack-jawed, trying to dream the fifty dollars into existence.

I do know that when Christmas came around and Grandpa made sure it was under the tree it was the happiest day of Trevor's life.

Grandpa mad, mama crying in the kitchen, goddamn it Jennifer, not again, why the fuck would you let him...sudden silence as I walk in unexpectedly.

I can't even begin to count the hours we spent in front of that fucking thing.

I loved the fighting games. All that martial arts shit.

Not Trevor. He would play them, but for him it was Sonic or sports or even Bugs Bunny stuff.

He was a gentle guy, you know?

Remembering Grandpa dying, mama almost stone faced in shock, Trevor's head on her lap, tears streaming down his face, long lines of neighbours anxious to pay respects and there, in the front yard, I see the cardinal, high tree-top, gazing intently into my eyes.

Colours blending as do memories, swirling together and then apart.

Girls, then young women, then women.

The kisses. The hands held. The break-ups and...

All the friends moving away, taking that one-way ticket to Toronto.

Shannon, hugging Trevor, big eyes and honest smile, I am sure I will only be gone a few months...

Somehow you stumble through, right? You make it through.

And you know why?

Because one day, getting ready to go off to college, waiting tables at the Boston Pizza, and there is Cynthia, from grade three, but now...well it is not grade three anymore.

She is leaving for the same college too.

Why did Trevor want to go?

All the socialist types I met at York said our soldiers were war-crazy or had no choices.

But, you know what, that is bullshit.

Like it or not Trevor wanted to make a difference.

It's true, he didn't have a job on Bay St lined up, but it wasn't about that.

When he told us our mother was furious. To him that didn't matter; he wanted to serve his country.

He wanted to serve in Afghanistan.

Smarter people than me, years from now, will decide if he was wrong or right. But this is where we all, it would seem, were willing to send him.

Dusty roads in Kandahar, laughter on patrol, coming around road's corner, children waving from just off-centre as the final wave of light rushed in at him. Did he have time to see his arm gone? To look over at those children now dead? To feel the pressure of the blast?

First in the cargo hold.

Then across the highway to the ceremony.

And finally to home.

To mother. Older and beyond sadness.

To the streets and yards and greasy spoons and treehouses and schools and hockey rinks that he briefly graced.

It was only a month after Cynthia and I married that my mother died.

You know, he had said laughing at Dylan's just five winters past, I will never live to see them win a Stanley Cup

I was stunned to find a dog-eared copy of The Plague by Camus in his top dresser drawer.

But I was even more surprised, digging through piles of sweaters and shoes, to find the Genesis.

Buried at closet back. Carefully all the games stacked beside.

The Christmas card from our grandfather taped atop.

We had not played it in many years. Yet Trevor had kept it hidden here pristine. Almost a subconscious shrine to fond memory.

So there we are.

Waves crashing astride the landing crafts.

Hearts full of trepidation and fear.

The sounds of death and terror about us and the violence of this meager existence near surreal.

The future on unknown beaches.

Waiting, as we all ultimately do, to meet a fate not foreseen on a childhood's Christmas mornings.
Posted by Michael Laxer at 6:18 PM