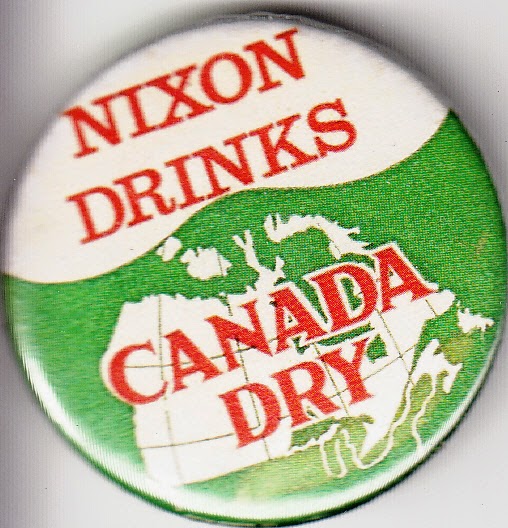 We have already done one "Leftist Throwback Thursday" look at the Waffle movement of the late 60's & early 70's.

Today we look at a piece of ephemera from the Waffle -- that quintessential piece of political swag -- the political button.

The Waffle was a radical socialist movement that also embraced Canadian nationalism and opposed American imperialism broadly as well as what it saw as American economic imperialism in Canada.

The button's slogan, in that context, rather speaks for itself!

As an added bonus...here is Phil Ochs reminding us all just what a schmuck Richard Nixon was.

Posted by Michael Laxer at 1:49 PM