Fake 'secularism' is not an excuse for Islamophobic bigotry 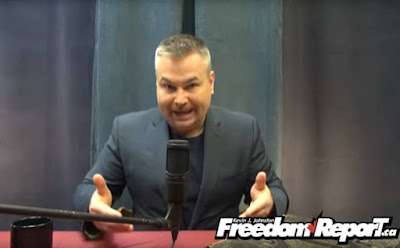 A string of profoundly disturbing incidents of Islamophobic bigotry centred around high school students who are allowed a space to pray in to accommodate their religious beliefs have occurred lately in Ontario.

We have seen, among other things, outright racists ripping up the Koran at school board meetings and even a noxious predatory bigot placing a bounty to get people to surreptitiously film minors engaged in religious prayer in public schools.

This dangerous, ugly series of incidents is simply a reflection of the deeply unsettling atmosphere of Islamophobia that is gripping our North American society more broadly from the election of Donald Trump to the foul rhetoric of homegrown Canadian politicians like Kellie Leitch and Brad Trost running for the Conservative leadership.

In some ways just as alarming, however, are the surprising number of leftists and liberals who stand opposed to this accommodation for Islamic students on the grounds of "secularism" while being seemingly conveniently oblivious to the context in which this is all occurring.

While secularism is an important principle it is also one that apparently a lot of liberals and leftists need a refresher grade nine civics course on, because they are simply distorting the meaning of secularism to fit a narrow vision they hold and -- inadvertently or otherwise -- emboldening a bigoted agenda by doing so.

Secularism does not mean "no religion" in a democratic society. It is not an anti-religious principle, but rather a democratic principle that places all religions (and the non-religious) on equal footing before the government and the law.

When it comes to the current set of circumstances of a racist backlash against the Islamic, however, a number of myths and lies are perpetuated including by people on the left. These range from the falsehood that Islamic students being allowed to pray are being afforded a special accommodation to the absurd idea that allowing prayer at public high schools somehow interferes with the separation of church and state.

The separation of church and state is a principle to prevent the emergence of a state religion. People using public facilities for religious purposes or having religious clubs at schools does not violate that principle as long as all are treated equally with equal access.

There are countless public high schools in Ontario, for example, that have Christian or Jewish clubs (with all of their ideological baggage) and no one is making a big deal about it. These clubs have existed for decades and there is no doubt at all that prayer occurs during their meetings. Public schools also have seasonal concerts that are centred around Christian events and, of course, have state sanctioned and enforced holidays for these events like Christmas and Easter that fly in the face of secularist notions in an extreme sense yet somehow are not bothersome to these same people.

The fact is that "secularism" only seems to matter when it comes to kids who are Islamic, which is rather telling. It is only being applied to their clubs, their prayers and their "accommodation".

Especially in our present political situation of the scapegoating and demonizing of people of the Islamic faith this focus on Islamic students is wrong, bigoted, racist and has nothing at all to do with secularism or leftism.

Posted by Michael Laxer at 8:45 PM