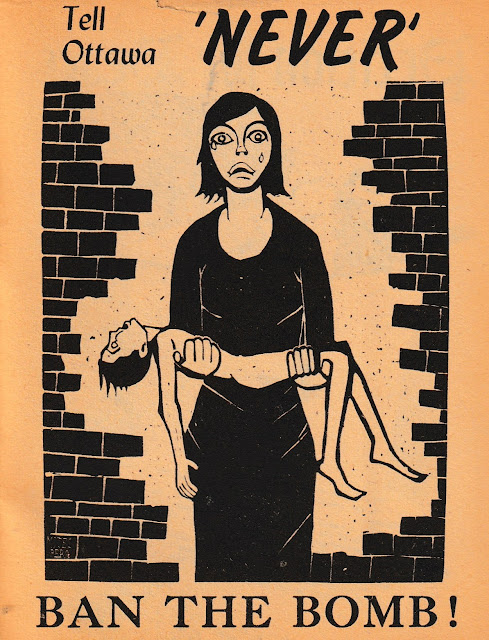 67 years later and the dream of a nuclear weapon free world seems as far away now as it ever has since the dawn of the nuclear era.

But the dream has far from died.  There is a "Ban the Bomb" website (it belongs to the Scottish Campaign for Nuclear Disarmament), there was a Women’s March to Ban the Bomb in New York in June, and, of course in July (as Alice Slater put it in The Nation) we watched as "Democracy Breaks Out at the UN as 122 Nations Vote to Ban the Bomb".

You know what was one of the countries that did not support the treaty? In addition to all nine countries known or believed to have nuclear weapons, Canada also boycotted the entire treaty process.