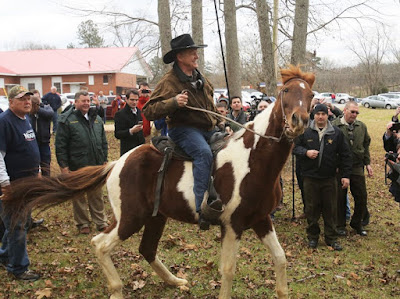 This list covers the week of  December 10 - 17. It is generally in order of the date of the article's release.


This installment has 3 entries that are from before the period. They have been integrated into the post.

As the majority of the British mainstream media disingenuously fawns over Theresa May’s pitiful capitulation to the European Union’s Brexit demands, there has been an incredibly conspicuous radio silence regarding Jeremy Corbyn’s latest achievement.

Thousands of Israelis took to the streets of Tel Aviv calling for the resignation of Prime Minister Benjamin Netanyahu over corruption charges.

Of the 113 women killed by men in England, Wales and Northern Ireland last year, 85 died in their homes, according to the Femicide Census, an annual analysis by the charity Women’s Aid.

In the three decades that have passed since law professor Anita Hill first accused the then-nominee for the Supreme Court, Clarence Thomas, Hill said she was never discouraged by the outcome — seeing her harasser confirmed to the highest court.

The province has secretly settled 220 lawsuits alleging sexual, physical and emotional abuse by teachers and staff at its schools for troubled youth between 1960 and 1984, a Star investigation has found.

The controversy over Alabama Senate candidate Roy Moore sheds light on the fundamentalist Christian practice of marrying off teen girls.

7) 'He got away with everything': Woman says court cared more about abuser's future than her safety

Being assaulted was bad enough, but what happened in the courtroom has caused one St. John's woman to lose all faith in the justice system.

8) The Deadly Racism of Thunder Bay

Four women accuse the chef of inappropriate touching in a pattern of behavior that spans at least two decades, according to dozens of Eater interviews.

10) Most Dire Climate Change Predictions, Warns New Study, Are Also the Most Accurate

Climate change is occurring at a faster rate than has previously been predicted, according to a new study which suggests that the most extreme estimates of the effects of global warming are likelier than more optimistic predictions.

11) So the Cat Person short story has made straight men feel uncomfortable. Good

A story in the New Yorker offers an unforgiving look at the ways gender makes victims of us all.

“When it comes to reconciliation and working with Indigenous leadership, look there has been over 150 years of disappointment in BC. I’m not the first person to stand before you and disappoint Indigenous people.”. BC NDP Premier John Horgan

Venezuelan Foreign Minister Jorge Arreaza condemned on Monday statements made by the U.S. government against the democratic system of the South American nation, where municipal elections were held on Sunday, the third elections in the last six months.

14) ON THE FRONT LINES OF UNFOUNDED

Robyn Doolittle, The Globe and Mail

The trauma expert leading specialized sexual-assault training. The advocate pushing groundbreaking police oversight. The government lawyer who made that change possible, and the senior police officers who embraced it.

These are among the people who have been on the front lines of the sexual-assault policing reforms happening across the country in response to The Globe and Mail’s Unfounded investigation, which in February revealed that Canadian law enforcement has been dismissing sexual-assault allegations at a rate much higher than for other crimes. Through hundreds of Freedom of Information requests, it was determined that police were closing one out of every five sexual-assault files as “unfounded,” a term that means the investigating officer does not believe a crime occurred – nearly double the rate for physical assault.

The RCMP is set to dramatically expand its review of closed sexual assault cases.


The decision comes after an examination of 2,225 files from 2016 where Mountie investigators had concluded the complainants' allegations were unfounded.

A company owned by United Conservative Party house leader Jason Nixon was fined by British Columbia’s Human Rights Tribunal for firing a woman after she complained she was being sexually harassed at work.

Female firefighters in Halifax have faced systemic historic gender discrimination at work, according to a settlement involving the city, the Halifax Regional Fire and Emergency Service and former firefighter Liane Tessier.

Toronto continues to be the most expensive city in Canada for child care across all age groups, according to a new Canadian Centre for Policy Alternatives report.

19) Canada and Honduras: Election Fraud is Only the Latest Outrage in Eight Year Nightmare

The dictatorship that rules Honduras is in the process of stealing another election, and the Canadian government is doing precisely what it has done the last two times the Honduran dictatorship stole an election: nothing.

In the chaos following national elections in Honduras on November 26, Canadian authorities must take a strong public stand and forcibly denounce evidence of electoral fraud and violent repression of public protests. Across Honduras, tens of thousands of people have been demonstrating their discontent over evidence of electoral fraud by the government-controlled electoral tribunal. As widely reported, while early trends in the vote count indicated that opposition presidential candidate Salvador Nasralla was on track to win, delays, irregularities and evidence of vote-rigging since then favour the incumbent National Party candidate, Juan Orlando Hernández (JOH).

The shock election results saw a Democrat make rare inroads in deep-red Alabama – and will hasten the existential question facing the Republican party.

It was Meghan McCain, the daughter of Senator John McCain, who summed up the feelings of many in a three-word tweet: “Suck it, Bannon.”

There were two main tasks on the agenda at the congress of the left party Québec solidaire (QS), meeting in Longueuil December 1-3. One was the adoption of the party's platform for the next Quebec general election, to be held in October 2018. The other was ratification of a proposed fusion with Option nationale (ON), a small party originating in a split from the Parti québécois in 2011 after the PQ had put its goal of Quebec independence on the back burner for the foreseeable future. The fusion may add several hundred ON militants to QS's membership of 18,000.

24) No evidence any Montreal mosque asked women be barred from work site, construction board finds

An investigation by Quebec's construction board has confirmed confirmed that no Montreal mosque sought to exclude women from a nearby work site during Friday prayers.

The TVA news network apologized Friday for a controversial and since debunked report on mosques banning women from a nearby construction site, but a national Muslim organization says the network needs to go further.

Of more than 50,000 killings of women since 1985, nearly a third took place in last six years, official report says.

Laurie Bates says she was singled out for having irritable bowel syndrome. In a complaint, she says the company docked her pay and alerted coworkers when she used the washroom.

28) Why toys are more divided by gender than ever before

For years, parents and researchers have challenged the blue/pink divide in the toy aisle. But the split has only become starker. And what we play with as a kid can have a lasting influence.

Salma Hayek has become the latest woman to come forward with allegations of sexual harassment and bullying against producer Harvey Weinstein. In an oped for The New York Times, she wrote, "for years, he was my monster", and detailed how he allegedly propositioned her again and again. "With every refusal came Harvey's Machiavellian rage," she wrote. "I don't think he hated anything more than the word 'no.'"

30) Think our governments can no longer control capitalism? You’ve been duped

In reality there has been a class war, in which the right has spent decades using the state to undermine workers. We can fight back.