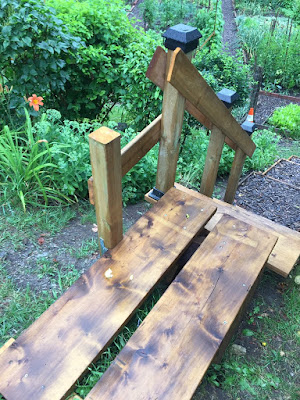 It also saw the launch of new pages and features such as the Vintage Leftist Leaflet Project.

I want to thank all of our readers and contributors very much for their feedback, support, criticisms and engagement.

The year had many posts that came very, very close to making this list including posts like John Horgan lets the facade drop with cynical, ugly comments after green-lighting Site C, In the shadow of October -- Reflecting on the USSR and Soviet power, If there is no left, there is no left -- A short note on the politics of appeasement and socialist ideology and Omar Khadr is 'innocent' even if he is 'guilty'.

We also had contributions from other writers that were widely read and shared and included Scotty Hertz's trenchant and brilliantly titled The Constant Image Gardeners, Marko Velimir Kobak's The Meaning of October on its Centenary looking at the Russian Revolution's legacy, and Ammario Reza's Polling Success or Electoral Flop? Religious Neutrality Laws that asks if bills like Quebec's C-61 are really as popular as people think they are.

Thank you so much to everyone who contributed this year and I look forward to seeing what interesting viewpoints and arguments we see next year!

(Remember that if you have a left point-of-view or opinion, a recipe or a story you want to share or if you want to share a petition/appeal or upcoming event you can send them to The Left Chapter via theleftchapter@outlook.com!)

Here, without further ado, are the top ten posts (in terms of hits) on The Left Chapter in 2017:

1) Etobicoke "park stairs" story is a perfect example of the crass, reactionary, anti-regulatory nonsense that led to the Grenfell disaster

By now almost everyone in  Toronto would have heard the story of newly minted Etobicoke folk hero  Adi Astl and how he built stairs quickly in a park for only $500 when city officials said building the stairs would cost $65,000 or more.

No doubt many have seen the inane hatchet job James Di Fiore wrote on the Huffington Post attacking Niki Ashton in deeply sexist, reactionary and over-the-top terms that lead to his absurd assertion from the title on that her "Obsession With Identity Politics Could Destroy The NDP".

See also: The backlash against Niki Ashton from anti-Black Lives Matter commentators is what is really off base

5) We don't need a populist left, post-identity politics left or 'alt left' to fight the rise of the far right, we just need a left

The "left" is "out of touch" with the pulse of what is going on in the United States and North America more broadly because insert left academic or commentator/insert left publication says this must be true due to Trump's victory in the US Presidential race.

6) Niki Ashton is the leader the NDP and Canada needs

My name is Robert McCarthy from Sudbury, Ontario and I am supporting Niki Ashton to become the next leader of the New Democratic Party of Canada. Like myself, Niki is a proud Democratic Socialist. She is the candidate that I most identify with. Her vision includes free tuition and student debt forgiveness, opposing pipelines where they infringe on Indigenous rights and endanger the environment, and the expansion of public healthcare to include dental care, pharmacare and access to mental health services for all Canadians. These policies are perfectly in line with what I believe.

See also: How Guy Caron Made His Way To 1st Choice On My #NDPldr Ballot

The sins of the mother or father, grandmother or grandfather, should never be held against the child...unless they then appear to lie about and celebrate those sins.

See also: Secrets and Lies -- Chrystia Freeland's grandfather and collaborating with the Nazis

What a difference a night and an imperial missile strike makes. Especially to those who jockey for position within the shadow of an empire.

See also: Trudeau's Refusal to Stand Up to Trump A Disgrace

To ring in the New Year The Walrus magazine decided to run a rather long, and very odd piece about the Canadian Association for Equality (CAFE) and the attempts by its leader, Justin Trottier, to allegedly mainstream men's rights activism (MRA) in Canada.

Given the truly inspiring turn of events within the Labour Party in the UK under Corbyn over the last couple of years it is not at all surprising that leftists in Canada are hoping that perhaps these conditions can be recreated here and within the country's mainstream social democratic party the NDP.