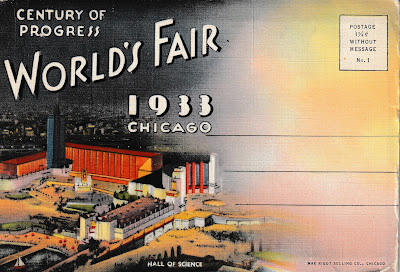 In 1933 the city of Chicago hosted one of the most successful World Fairs ever held. With its theme being the "Century of Progress" the fair was centred around science and industry, which was very appropriate to the Chicago of the era.

The fair was considered notable for its architecture and design. It famously also had an attraction known as the Sky Ride which was one of only two transporter bridges ever built in the United States.

The art postcard folder we are looking at today was meant to promote the fair and is similar in type to some we have looked at before as it is a series of images connected to each other that you can unfold to view. While in later years these were often folders of photographs, with earlier ones artistic renditions of attractions and places were far more common.

The art here is very atmospheric and evokes a number of styles and trends from the 30s and the early 20th century including elements of Art Deco. 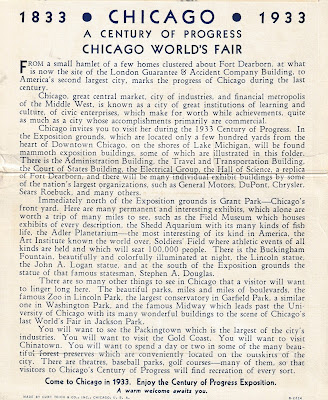 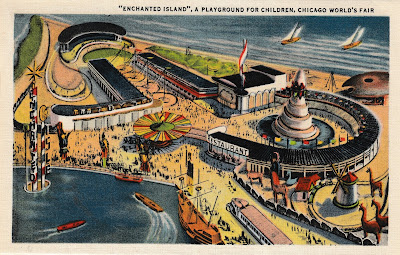 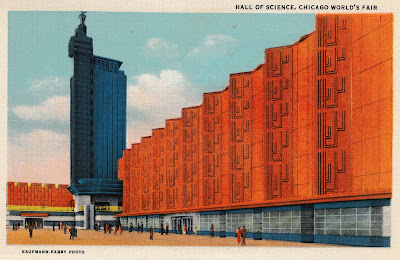 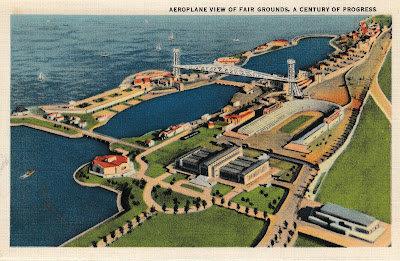 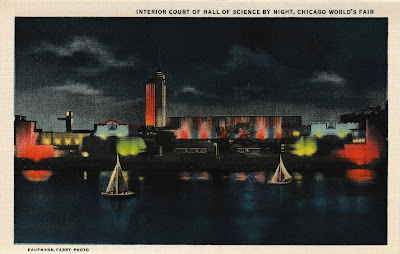 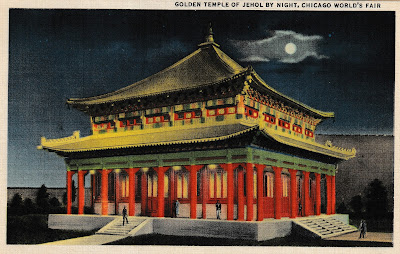 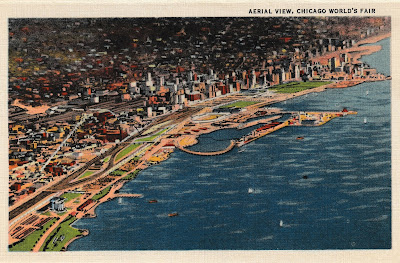 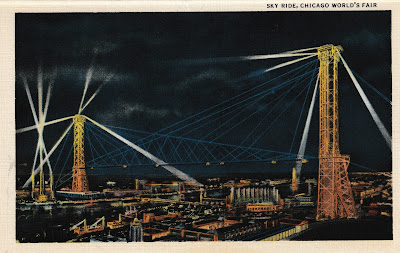 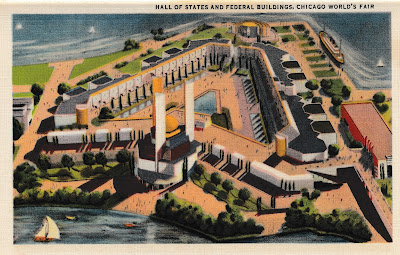 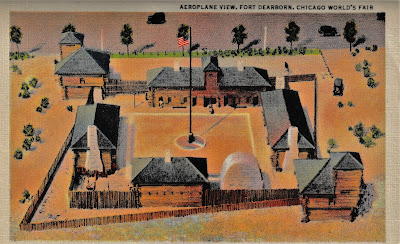 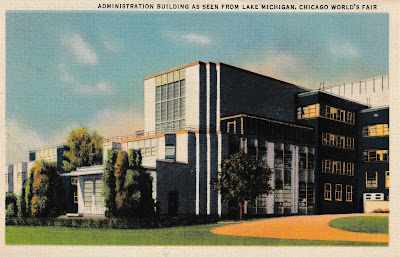 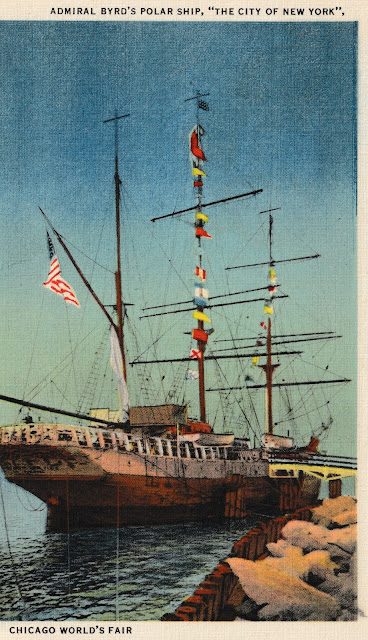 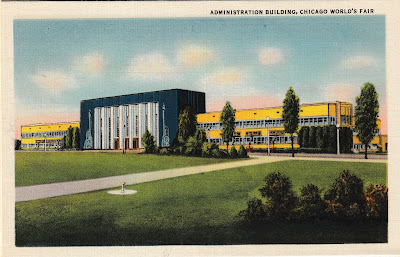 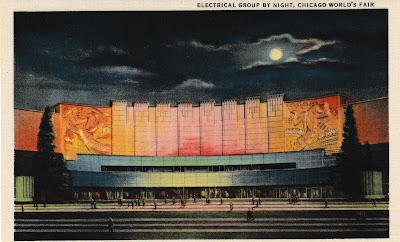 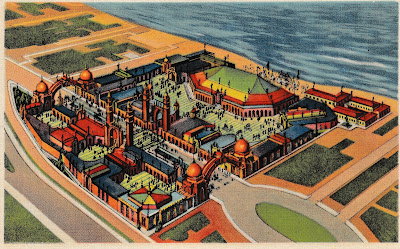 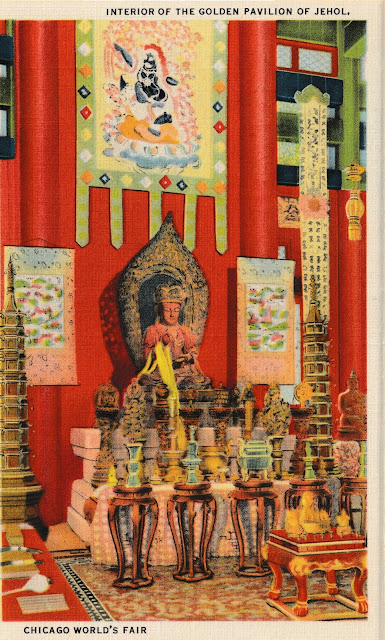 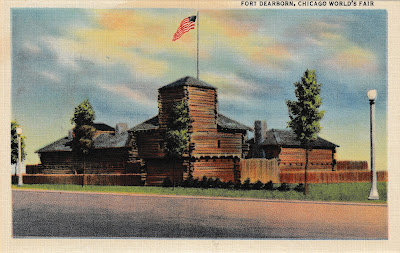 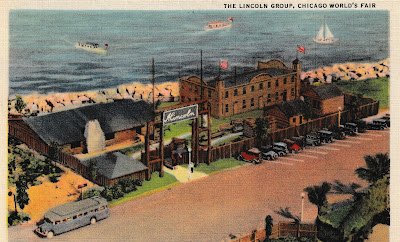 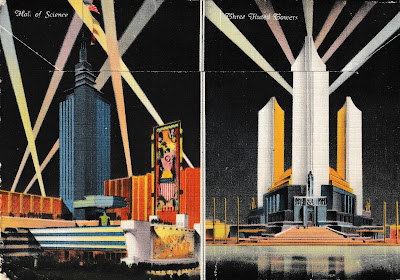 Posted by Michael Laxer at 4:09 PM