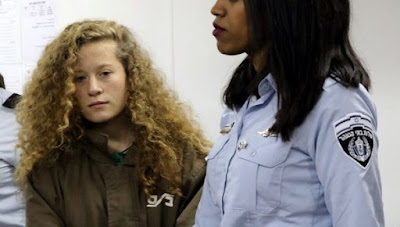 This list covers the week of  December 24 - 31. It is generally in order of the date of the article's release.

This installment has 3 entries that are from before the period. They have been integrated into the post.

Finish all your food,” my mother used to tell me. “There’s a child in Africa who would love to have that food on your plate.” It was an effective disciplinary approach, especially because my family is from Africa. But my experience is not unique. Images of poverty in the “Third World” — then and now — permeate American society, reassuring us about our country’s ostensible democratic promise and potential for upward mobility. What economists call “extreme poverty,” most Americans think, is a distant problem, a hallmark of the less developed world.

But could extreme poverty also be a feature of what is (although perhaps not for long) one of the richest and most powerful nations in the world? Quite possibly. To answer the question, the United Nations launched an investigation of extreme poverty in the United States.

The UN Rapporteur on Extreme Poverty reports that “the American Dream is rapidly becoming the American Illusion.” Isn’t it time to wake up, discard both dreams and illusions, and act on the basis of the truth?

3) The problem with men who harass, and the men who enable them, is not a lack of training

As a man, on behalf of men, speaking with the full power and authority of the patriarchy at my back, let me just say: We don’t need sexual harassment training.

4) Power to the People: In Italy, a new left-wing movement is born

In Rome on December 17, the first national meeting of Potere al Popolo (Power to the People), a new grass-roots left-wing movement aiming at running for the next general elections in March. But the new group also aims at giving new lifeblood and a new perspective to Italy’s radical left.

One of the most boring refrains of liberals on the rare occasions they talk about Palestine is, “Where is the Palestinian Gandhi?”


This tedious argument is periodically dredged up by some clueless know-it-all who seems to think it an original thought.

6) This Should Freak Everyone Out: The Arctic Will Never Be Frozen Again

Last week, at a New Orleans conference center that once doubled as a storm shelter for thousands during Hurricane Katrina, a group of polar scientists made a startling declaration: The Arctic as we once knew it is no more.

Black applicants may have a harder time finding an entry level service or retail job in Toronto than white applicants with a criminal record, a new study has found.


Proceeding with the Site C dam is a colonial political decision that yet again forces Indigenous communities to pay for the mistakes of the non-Indigenous majority. The B.C. NDP needs to own up to that, or do the right thing and cancel the dam.

9) The Case Against a Basic Income

A universal basic income would shore up the market. We need ideas that shrink it.

10) What Happens When A Russiagate Skeptic Debates A Professional Russiagater

Have you ever wondered why mainstream media outlets, despite being so fond of dramatic panel debates on other hot-button issues, never have critics of the Russiagate narrative on to debate those who advance it? Well, in a recent Real News interview we received an extremely clear answer to that question, and it was so epic it deserves its own article.

Children from poor families are far more likely to end up in hospital A&E departments or need emergency treatment for conditions such as asthma and diabetes, according to shocking figures revealing the consequences of poverty in Britain.

Above all, in 2018, we must not ignore this alarming crisis, and acknowledge that gender inequality is a key driver. We need to recognise the impact of violence, abuse and poverty on young women and girls, and act now to prevent it having a devastating impact on their lives.

The night Ghani Rehman was condemned to die, his father asked if they could share a last meal together. But Ghani excused himself, preferring to wait in his room. His sisters came to see him, and he gave them each a small token to remember him by: a plastic-wrapped mint drop.

14) Why do archive files on Britain’s colonial past keep going missing?

The National Archives are home to more than 11m documents, many of them covering the most disturbing periods of Britain’s colonial past. The uncomfortable truths revealed in previously classified government files have proved invaluable to those seeking to understand this country’s history or to expose past injustices.


It is deeply concerning, therefore, to discover that about 1,000 files have gone missing after being removed by civil servants. Officially, the archives describe them as “misplaced while on loan to a government department”.

In spite of two votes by city council calling for 90% or less shelter occupancy for people without homes, Toronto bureaucrats with strong backing from Mayor John Tory are running a system effectively over 100% capacity. There is an increasingly real danger that multiple people may be found frozen to death while sleeping outdoors during a cold snap projected to last for the remainder of the twelve days of Christmas.

16) Third Parties, Your Time Is Now

For third parties in this country, educational campaigns and working within the Democratic Party has to stop.

17) Caracas versus Ottawa: Who to trust?

Lying is so common in diplomacy that it can be hard to tell heads from tails in international disputes. In the recent tussle between Caracas and Ottawa, for instance, Venezuela says it is trying to protect itself from "foreign interference" while Canada claims it is promoting "democracy and human rights." Given the ever-present possibility of a complete disregard for truth on both sides, which government might be more credible in this instance?

It’s not just Tran’s race and gender: her character wasn’t hyper-sexualized, which infuriated some right-wing types.

19) My vagina was badly injured after giving birth. Why was getting help so hard?

My vagina tore when I had my first child, but it took five years before I got the medical attention I needed. I’m not the only one.

20) Why is the West praising Malala, but ignoring Ahed?

There has been a curious lack of support for Ahed from Western feminist groups, human rights advocates and state officials who otherwise present themselves as the purveyors of human rights and champions of girls' empowerment.

21) Why Is the State of Israel So Afraid of 16-Year-Old Ahed Tamimi?

Sixteen-year-old Ahed Tamimi was back in court Thursday, with the judge ruling for the third time that her detention is extended, this time for another five days. Over the past week and a half, Ahed has been shuffled between numerous Israeli prisons and police stations. She has been held in cold isolation cells with cameras pointed at her 24 hours a day. Repeatedly, without a parent or lawyer present, they have attempted to interrogate her. The reasoning for the judge’s rulings to extend her detention is that she “poses a risk” to the military and the Israeli government's case against her.

22) And if Ahed Tamimi Were Your Daughter?

Israelis are no longer capable of identifying with a brave girl, even when she looks like their daughters, just because she’s Palestinian. There are no longer any Palestinians who can touch Israelis’ hearts. There is no injustice that can still rouse our conscience, which has been completely extinguished.

23) Lorde set an example for young celebrities to follow

In the growing tide of support for the cultural boycott of Israel, New Zealand music star Lorde's decision to cancel her Tel Aviv concert is precedent-setting in many ways.

24) Facebook Says It Is Deleting Accounts at the Direction of the U.S. and Israeli Governments

In September of last year, we noted that Facebook representatives were meeting with the Israeli government to determine which Facebook accounts of Palestinians should be deleted on the ground that they constituted “incitement.” The meetings — called for and presided over by one of the most extremist and authoritarian Israeli officials, pro-settlement Justice Minister Ayelet Shaked — came after Israel threatened Facebook that its failure to voluntarily comply with Israeli deletion orders would result in the enactment of laws requiring Facebook to do so, upon pain of being severely fined or even blocked in the country.

The Black Lives Matter activist Erica Garner has died, after a week in hospital following a heart attack. She was 27. Garner was the daughter of Eric Garner, a man who died in a police chokehold in New York in 2014.