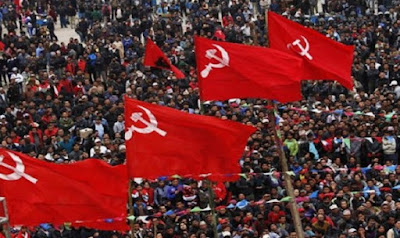 This list covers the week of  December 17 - 24.  It is generally in order of the date of the article's release.


This installment has 2 entries that are from before the period. They have been integrated into the post.

1) The problem with consent

Women’s role in sex is still primarily framed—in the legal system and in society—as gatekeeper to men’s desires.

2) Pleasure Machines: What Sex Robots Tell Us About Men and Sex

In a culture of institutionalised male dominance, men have created replicas of women for the express purpose of enacting their fantasies.

3) Reckoning with a culture of male resentment

In the face of a male backlash to the recent debate over sexual harassment, is it time to accept that some will find the world less comfortable in the process of making it habitable for others?

4) Society still has a problem with women speaking out. Look at Kate Maltby

Ta-Nehisi Coates’ We Were Eight Years in Power, a book about Barack Obama’s presidency and the tenacity of white supremacy, has captured the attention of many of us. One crucial question is why now in this moment has his apolitical pessimism gained such wide acceptance?

6) Vindicated Halifax firefighter Liane Tessier: I want the truth out there, I want to expose the structure of misogyny

It’s been a long and difficult battle for justice for former HRM firefighter Liane Tessier, but this coming Monday the City of Halifax and Halifax Regional Fire and Emergency will finally issue an apology. As well, Tessier will receive a settlement of an undisclosed amount.

You might as well imagine a large red flag fluttering from the summit of Mount Everest. That’s what the outcome of the parliamentary and provincial elections in Nepal suggests. The Communists have won both decisively. In the parliament, the Communist alliance will hold close to a two-thirds majority. The government that this majority forms will not only be able to last the full five year term – the first time this would have happened since Nepal adopted parliamentary democracy in 1990 – but it will be able to revise the 2015 Constitution.

Weeks before the Republican-led Congress moved toward final passage of its corporate tax cut bill, major companies had already begun a surge of stock buybacks — confirming critics’ fears that the windfall of lower rates will be used for self-enrichment rather than job growth.

9) The Israeli Military First Took His Legs, Then His Life

The Israeli army sharpshooter couldn’t target the lower part of his victim’s body — Ibrahim Abu Thuraya didn’t have one. The 29-year-old, who worked washing cars and who lived in Gaza City’s Shati refugee camp, lost both legs from the hips down in an Israeli airstrike during Operation Cast Lead in 2008. He used a wheelchair to get around. On Friday the army finished the job: A sharpshooter aimed at his head and shot him dead.

Two days ago I happened to write an article about the amazingly stupid conspiracy theory that the Green Party, which has run a presidential candidate every election since 1996, ran a presidential candidate in 2016 because of a Russian plot to sabotage American democracy. Today, Buzzfeed News reports that the Senate Intelligence Committee has asked Jill Stein’s campaign to comply with a document search.

11) How Tough Is It to Change a Culture of Harassment? Ask Women at Ford

Decades after the company tried to tackle sexual misconduct at two Chicago plants, continued abuse raises questions about the possibility of change.

This past Sunday, on the 187th anniversary of Simón Bolívar's death, grassroots leader Angel Prado voiced the concern that he and his supporters had, like the Venezuelan independence hero, been abandoned by the very state that they helped to build. The reasons for this worry are obvious: Prado, who is a popular Chavista candidate for mayor in Lara state's Simón Planas township, won a landslide victory on December 10 against the government's candidate, only to see that victory taken away by decree.

Russian women who are victims of domestic abuse are being forced to pay fines handed down to their abusers, campaigners have said.

Only one in six hospitals in Canada performs abortions and some provinces have no standalone abortion clinics at all. New Brunswick, meanwhile, continues to refuse to fund abortions at the province’s only clinic.

On Wednesday, an Israeli military court extended the detention of Ahed Tamimi, a 16-year-old girl who has become the face of Palestinian resistance to Israel’s military occupation of the West Bank for many who follow the weekly protests in her village through social media.

The absolute majority won by separatists in a regional election on Thursday was a victory of the "Catalan republic" over the Spanish state, said secessionist leader Carles Puigdemont as the final vote count rolled in.

17) How Long Does It Take a Southern White Democrat Elected by Black Voters to Shift to the Right? Less Than a Week.

This strategy and faulty thinking by Southern Democrats is short-sighted, unsustainable, and politically ineffective.

It’s one of the most important sectors in Ontario’s economy, but thanks to a behind-the-scenes government decision, auto workers aren’t getting the same protections as most other people working in this province.

Under proposed legislation rape could be proved if accuser had not given verbal agreement or clearly demonstrated desire to engage in sexual activity.

20) ‘No rapists on our streets’: Hundreds, mostly women, rally in Sweden & demand action over gang rapes

Hundreds of Malmo residents reportedly gathered on Tuesday to demonstrate against violent gang rapes that have shaken the city in recent weeks. The protestors demanded that the government takes decisive steps to protect women.

On Thursday, a jury acquitted six defendants charged with felonies stemming from their arrests at protests surrounding Donald Trump’s inauguration on January 20. The acquittal is a blow to the U.S. Attorney’s Office for the District of Columbia: a jury rebuke in the first tranche of 194 defendants the government is seeking to collectively punish for the acts of a handful of individuals.

Toronto police Const. James Forcillo, who was convicted of attempted murder in the 2013 shooting death of Sammy Yatim, has been charged with perjury and attempting to obstruct justice.

More than 100 human rights defenders have been killed in Colombia this year, according to the United Nations, which urged more accountability and better protections.

In case you were so lucky to have missed it, Love magazine has been unveiling its annual advent calendar throughout the month. And, surprise! We’ve been gifted with a full month of objectification.

25) $1B class action filed against Loblaws for bread price-fixing

A woman from Elliot Lake, Ont. has filed a $1 billion class-action lawsuit against Loblaw Companies Ltd. after the company revealed it participated in industry-wide price-fixing of bread for 14 years.

26) THE ELECTION FRAUD IN HONDURAS FOLLOWS DECADES OF CORRUPTION FUNDED BY THE U.S. WAR ON DRUGS

On the night of December 2, 2017, a Honduran woman in the rural province of Olancho was protesting what she saw as a stolen election. The woman, eight months pregnant, stood in the streets in violation of a national curfew, and she screamed alongside a rebellious multitude, “Fuera JOH!” (“Out JOH!”), referring to the incumbent president, Juan Orlando Hernández, who many believe fraudulently rigged the elections in his favor to maintain power. The Honduran military and police forces had flooded the streets to enforce the curfew, and the woman was shot in her abdomen, reportedly by a soldier. She was rushed to a nearby clinic where her baby was delivered by emergency cesarean. The child was born with a gunshot wound to the leg.

27) At Christmas, families on the edge of homelessness must choose: gifts or rent?

For those living hand to mouth, the holiday season brings added stress: ‘Every time you get an extra penny, something comes along that costs a nickel more’.