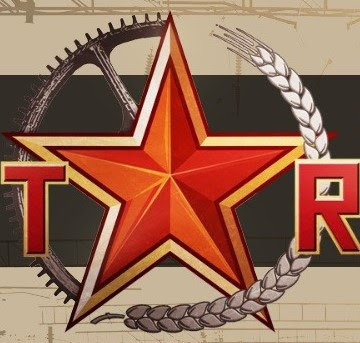 Workers & Resources: Soviet Republic is a remarkable city building, resource management and transportation game that allows the player to manage all aspects of a planned, Soviet style country and economy. Set in a small, economically backward, fictional European country that borders both the Soviet Union and NATO, this very challenging simulation is a must for fans of this type of game (think Tropico) as well as for anyone who ever wondered what it would have been like to take power and try to chart a socialist path under extremely difficult circumstances.

It must be noted that though it was released on March 15 on Steam, this is an "Early Access" game meaning that its developers are still working out its kinks and making additions to it. There have already been several updates to fix bugs and crashes (I personally never encountered these so far as I know) and it does have something of the feel of an unfinished product in ways both good and bad. Some have complained that given this the price tag of $28.99 in Canada seems a bit steep though I think it is worth every penny.

In fact, part of what I found exciting playing it was precisely its unpolished aspect with only basic help instructions and no tutorial. For me its resultant very steep learning curve enhanced the feel of being almost thrown into an impossible situation after assuming control of a state against all the odds in trying conditions.

Right now the map options are limited to a totally blank one and the same map with a variety of pre-existing towns and hamlets. For the purposes of this review's screenshots I chose that latter option and started building up around the largest town.

As the name implies the purpose is to manage the allocation of workers as well as the supply chains and resource and industrial development of your socialist economy. Included in this are designing bus and train routes to transport your workers from home to job as well as the creation of truck and train networks to transport resources from resource to factory or from resource/factory to sell at the border to either the USSR or the west.

Meanwhile you are seeking to create new or expanded housing of varying quality for the workers, as well as amenities for them such as playing fields, schools, daycare facilities, hospitals, shops and pubs. Educational facilities also ultimately generate an educated workforce. The goal is both to expand the economy while enriching the lives of the people so that they remain content and supportive.

Early in the game you can import power, resources, food and goods while you get your industries established but in the long run you can tool the economy to run in various ways. For example, you can place an emphasis on selling natural resources like coal, lumber, etc and importing other things you need, or you can attempt self-reliance and try to fulfill all your country's needs internally. You can even decide whether or not to try to lure foreign workers and from where.

The game really shines in the range of transport options and the old-school East Bloc vehicles from buses and trams, to trains, to trucks and tractors. You decide which vehicle to purchase and to allocate which is great fun.

There are flaws and limitations as more options would nice on some fronts as would a more highly developed political or military aspect. After all, with self-reliance or socialism came the need for defense against imperialist encirclement and attack, but in time the developers may yet take the game there.

The lure of this game lies in building those farms and wondering what to do with the crops, creating bus lines to hamlets that no one uses at first, developing a resource and wondering how the placement of the various connections and extractors work and how to get workers to it, etc. I don't want to go into too much detail as I think it is great to just leap in.

Suffice it to say if you have ever wanted to simulate the challenge of taking control of an all powerful version of Gosplan in 1922 when everything was a shitshow in the USSR this is the game for you. If you have no idea what I meant saying that, it is almost certainly not.

Workers & Resources: Soviet Republic is available on Steam for $28.99 in Canada. It is in early access development. 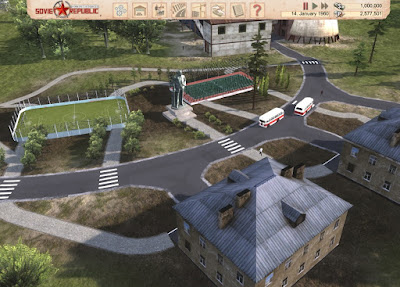 New Housing for Power Plant Workers with playing fields and a statue of Lenin.
Note the buses, part of the public transit networks. 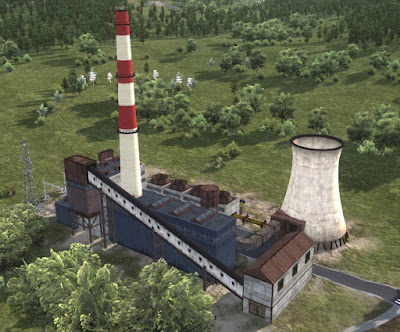 "Communism is Soviet power plus the electrification" - Lenin
In that spirit one of the first things I built was a power plant to cut dependence on energy imports. 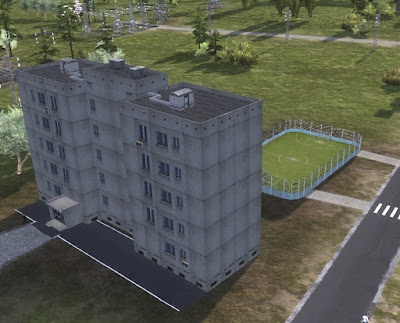 A new housing complex with a soccer field. 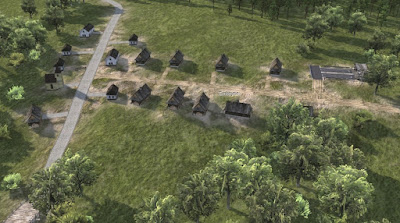 Undeveloped hamlet with a bus stop.
Soon resources nearby will make this a mining boom town. 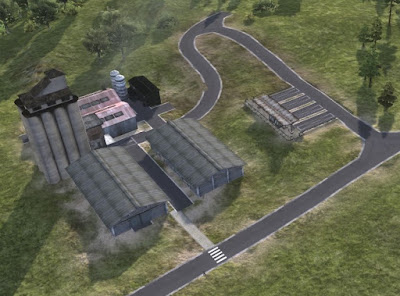 Posted by Michael Laxer at 6:18 PM