"The connection between the economic and the peace issues is...deep going. In making this connection in our popular agitation to workers such as "You can't have butter and guns" we are preparing them for the events which will ever more clarify the link between the peace fight and the battle for bread and butter."

This article from the January, 1951 issue of National Affairs Monthly -- a publication of the Labor Progressive Party as the Canadian Communist Party was known at the time -- is interesting in the historical context of trying to build a peace movement with the rise of McCarthyism, the Cold War and government and media fostered anti-Communist hysteria.

This anti-Communism, as the article touches on, had also taken hold within the leadership of much of the Canadian labour movement as well as in the CCF (the predecessor to the NDP) making the task of building a peace movement that much harder. The article outlines some ideas for how to deal with this that would be discussed and dealt with at the party's upcoming convention.

The article is also of interest to me as it was written by my grandfather, Robert Laxer, who was a lifelong political activist -- first as a Communist then as a socialist and nationalist -- and writer. He left the party in 1956.

I have touched on this family history of Communist activism in the time of McCarthy before in the posts Till the World is Bright (In Memory of the Rosenbergs) - A Poem by Edna May Quentin Laxer and Win With J.B. Salsberg...and Robert Laxer! 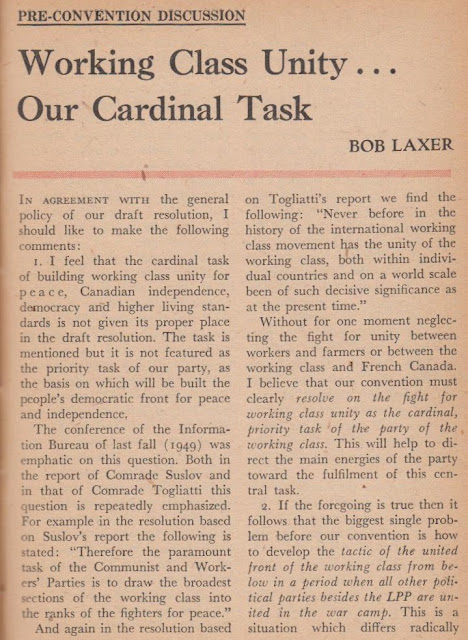 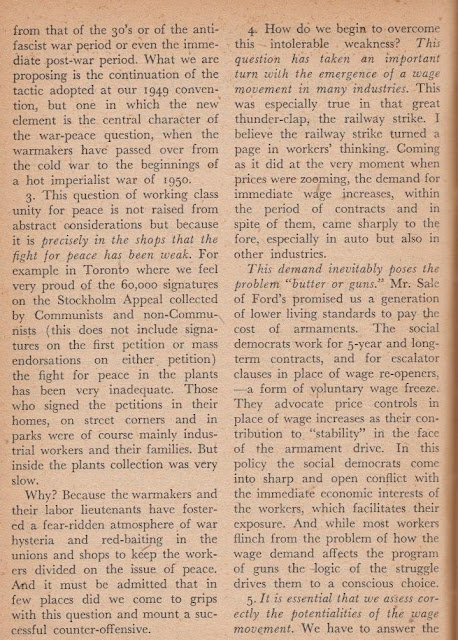 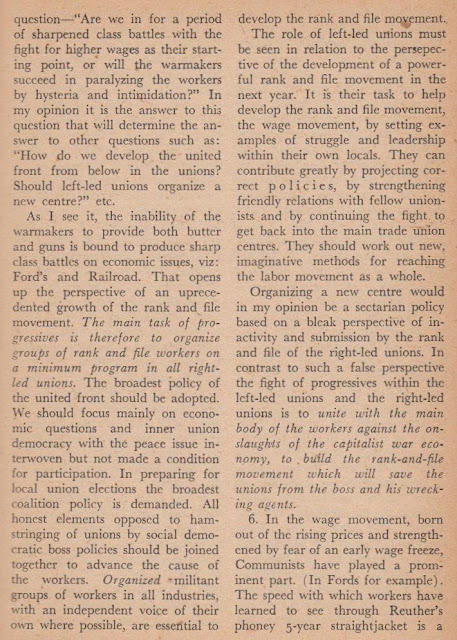 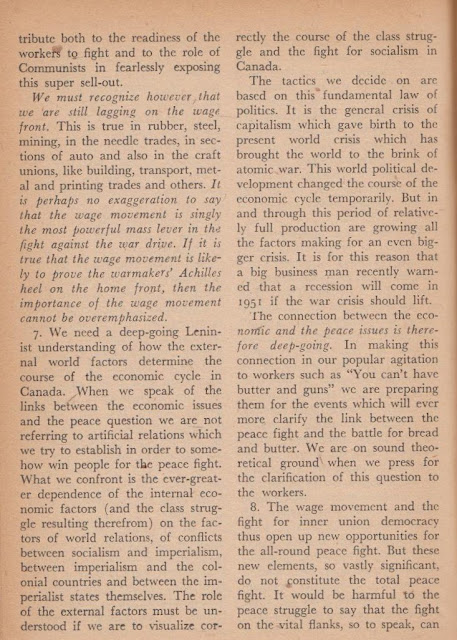 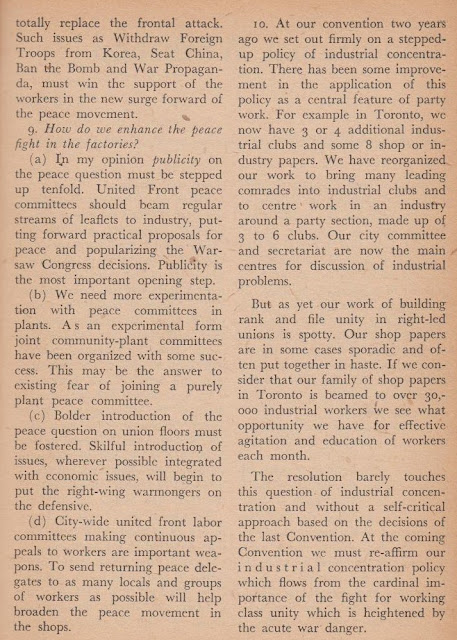 If you have any public, vintage leaflets or booklets you would like to contribute to this project please contact us via theleftchapter@outlook.com
Posted by Michael Laxer at 12:07 PM