Amílcar Cabral's speech at the 24th Congress of the CPSU, 1971 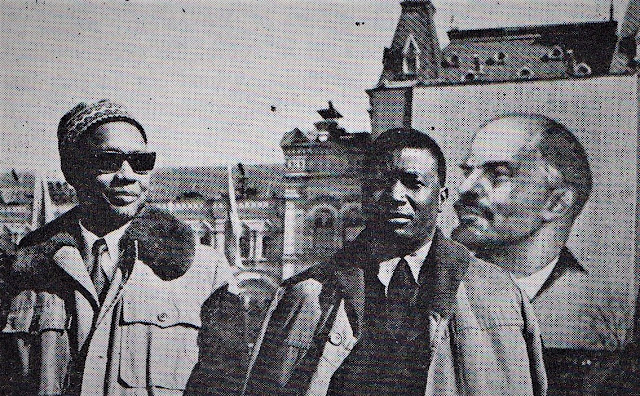 The immortal and unique genius of Lenin and his teachings are a powerful force that supports all true fighters against imperialism, providing them with an inexhaustible source of inspiration - Amílcar Cabral,  Bissau-Guinean and Cape Verdean revolutionary, theoretician and independence leader. From his speech at the 24th Congress of the CPSU held in Moscow in March and April, 1971. He was assassinated in January, 1973, only eight months before Guinea-Bissau became independent. For the full text of the speech see below.

Photo: Cabral, on the left, with another delegate to the Congress in Moscow, 1971 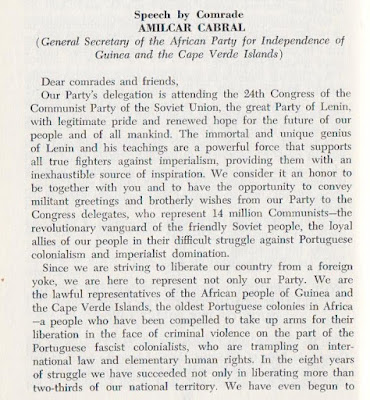 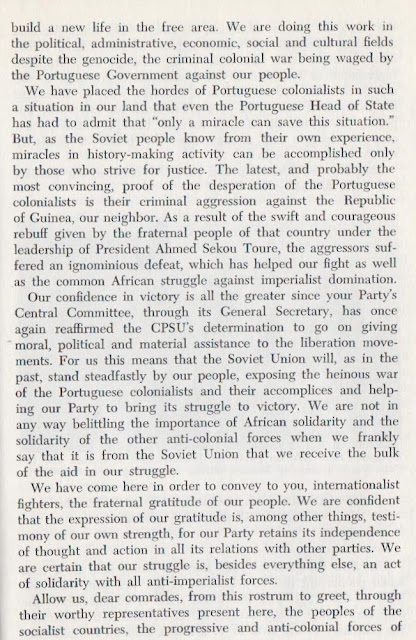 Posted by Michael Laxer at 4:55 PM