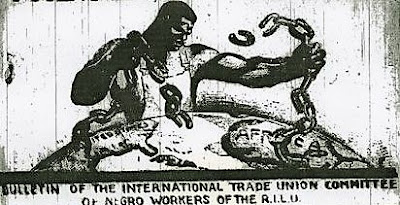 
Written in 1972 this is a short overview of the history of the sadly largely overlooked International Trade Union Committee of Negro Workers which was founded in 1928. In 1930 it held a conference in Hamburg, Germany that brought together delegates from the United States, Africa, Latin America and the West Indies. The overview was published as part of a larger Communist Party USA leaflet.

It is written by Lily Golden who at the time was a research worker at the Institute of Africa of the Soviet Academy of Sciences in Moscow. Golden had been born in Tashkent, Uzbekistan, USSR in 1934. Golden was the daughter of John Golden, an African-American cotton expert and Bertha Bialek who was of Polish Jewish background. They left the United States to live in the Soviet Union due to the discrimination they encountered there. John Golden died when Lily was only 6 after having become an agricultural instructor and a Tashkent City Councillor. Bertha decided to remain with Lily in the Soviet Union after his death as she felt Lily would not face the kind of educational and other discrimination that she would have had they returned to the United States. 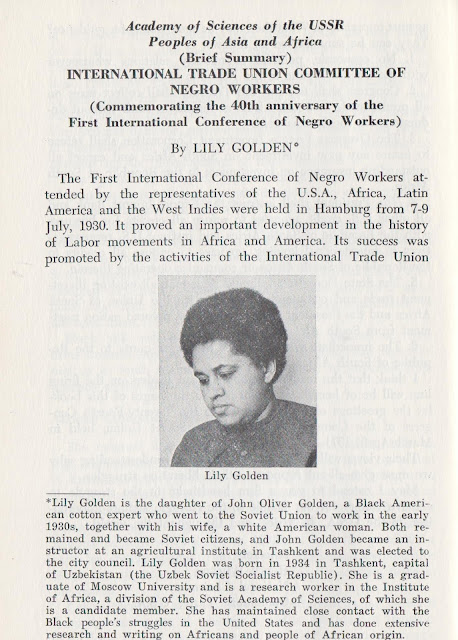 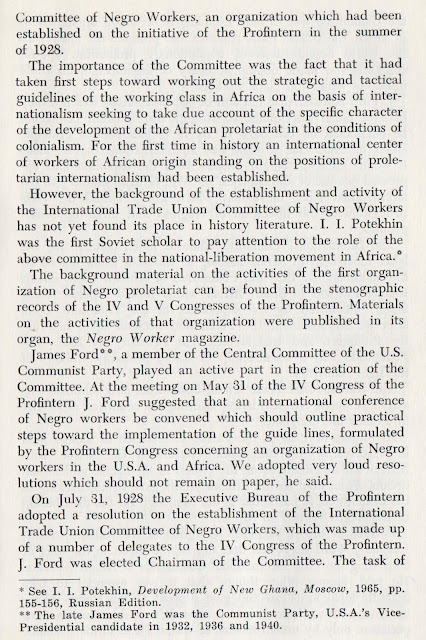 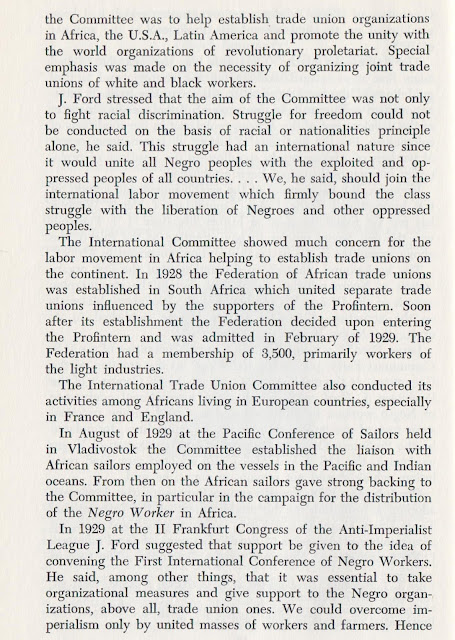 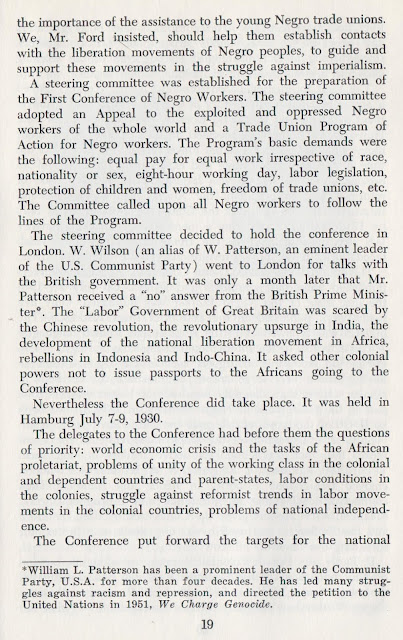 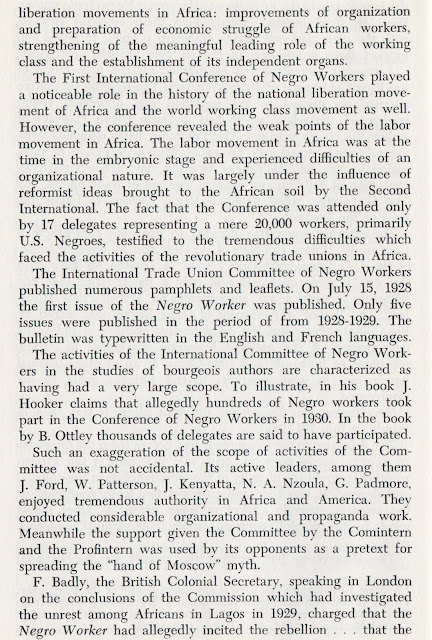 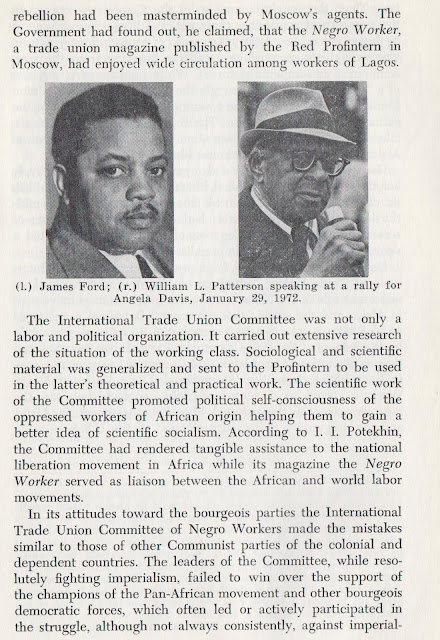 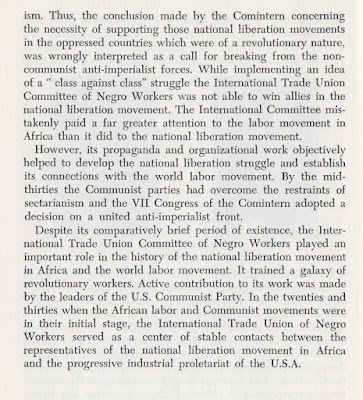 
If you have any public, vintage leaflets or booklets you would like to contribute to this project please contact us via theleftchapter@outlook.com
Posted by Michael Laxer at 4:08 PM