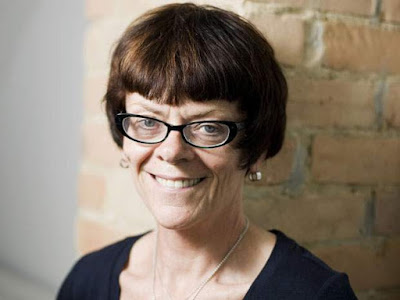 
In case you missed it, that always reliable journalist Christie Blatchford wrote a piece in the National Post yesterday that purports to show the just how evil and egregious the forces of political correctness and liberalism have become in schools.


It seems, according to Blatchford's article, "A teacher at a posh private school in British Columbia was fired last month after making an innocuous comment about abortion to his Grade 12 law class."

Supposedly this all happened after he said during a class as an example:


“I find abortion to be wrong,” he said, as another illustration of this gap, “but the law is often different from our personal opinions.”
That was it, the teacher said. “It was just a quick exemplar, nothing more. And we moved on.”

But far from "moving on" apparently an unidentified female student said she was "triggered" by his comments and this led to a serious of terrible and nefarious doings by school administrators that resulted in the poor fellow being railroaded and tossed out of a job.

"“Such is the cost of a small misstep in a crushingly politically correct world,” he said sorrowfully."


What happened to the teacher over the ensuing few days sounds like something out of the Cultural Revolution in Mao’s China, where people were subjected to what were known as ideological struggle sessions, forced to “confess” to various imagined sins before large crowds, and roundly denounced.

That is pretty amazing hyperbole.

If you really want to find out what allegedly happened next, you can, of course read the article.

But you might also first want to ask, what school?

Because nowhere, at any point, anywhere in this article are any of them identified.

The title really should have been "Unidentified teacher allegedly fired from unidentified school after unverified alleged accusations from an unidentified student".

While the use of anonymous sources (and the source here apparently requested anonymity) in journalism is a time honoured tradition important to democracy, the revelations that flow from this are normally aimed at known and named institutions or public figures in power.

Watergate may have come from the (at the time) anonymous "Deep Throat" but everyone knew what and who it was about.

Here it is not just the 'source' that is anonymous but the supposed instigating student as well as the school. This, of course, allows Blatchford to give only one side of the story, entirely as related by the 'source', without having to either seek comment from the school or student (and she makes no indication at all that she tried) or having to face any consequences if his version of what happened turns out to be balderdash for all anyone knows.

Blatchford then blows this alleged incident up as some kind of outrageous example of creeping totalitarianism that has broader implications. This despite the facts listed above and that she herself admits in the first paragraph that this is also a "posh" private school that can, therefore, set whatever rules it wants (even if the story the man tells is accurate, which we have zero way of knowing) meaning it would really only be an indication of what happens at this school. And what happens at this school is presumably what the well-to-do parents dishing out the alleged $30,000 a year tuition to send their kids there want.

It has no implications at all, even if true -- and really who can say given the lack of any actually identified 'perpetrators' -- for any school anywhere else at all.

But again, we have no way of discerning if anything here is real unless at least the school is given a chance to respond. Or the student if they want to allow themselves to be identified.

And conveniently the whole alleged story can be told with far fewer legal implications by telling it this way.

Here is the thing, if the source is anonymous and you won't name the school or seek to get their side and the student's side of the story you are publishing his account and opinion of what allegedly happened and not a news story. Blatchford has written a piece where there is no accountability at all for the accusations he is allegedly making against some alleged school with an alleged student who all allegedly did what he claims they did.

This is not journalism and this piece should never have been run.

But while not very journalistic, I suppose it is clever when your "article" has a pretty overt agenda.

And a very reactionary one at that.

Editor's Note: Subsequent to the publication of this piece, Blatchford released a second piece that does identify the school and attempt to corroborate the allegations made in her first piece, though now with a somewhat different angle. You can read all the details in  Posh Vancouver school places staff under gag order after teacher fired
Posted by Michael Laxer at 6:09 PM