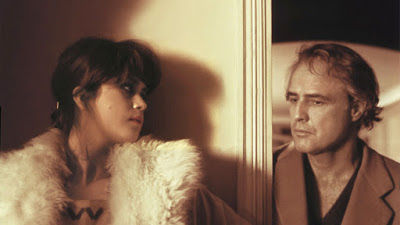 This list covers the week of December 4-11. It is in order of date of the article's  release.

Austria has decisively rejected the possibility of the EU getting its first far-right head of state, instead electing a former leader of the Green party who said he would be an “open-minded, liberal-minded and above all a pro-European president”.

Standing Rock protesters celebrated Sunday as news broke that construction of the controversial Dakota Access Pipeline near their territory has been halted.

My female friends and colleagues, online and off, have been bleakly unimpressed this weekend by a recent display of bland and worldly impenitence from Bernardo Bertolucci about how he created the “butter” scene in the 1972 film Last Tango in Paris, starring Marlon Brando and Maria Schneider. But they are still more unimpressed about the resulting liberal horror, as if this was a bizarre and scandalous one-off, and not simply yet another detail in the colossal architecture of male power in the movies and everywhere else.

4) THEY CAN STILL FEEL SHAME! CONSERVATIVE LEADERS DUCK AND COVER IN WAKE OF SATURDAY’S DISGRACEFUL DISPLAY

With some of the most debased elements of Canada’s so-called conservative movement openly on display at last weekend’s “anti-carbon-tax” demonstration in Edmonton, I suppose it’s mildly reassuring several conservative leaders were trying hard yesterday to put a little daylight between themselves and the event’s organizers.

Kate McInturff, Behind the Numbers

It is more dangerous to be a woman than a man in Canada today.

Some days, it seems like Jason Kunin knows the whole neighbourhood.

The English and film teacher has worked at Toronto high school Vaughan Road Academy (VRA) for about 16 years, but he also lives just five blocks away in the Oakwood/Vaughan area.

Every year we pause to reflect on the 14 female engineering students who were shot to death at École Polytechnique by a gunman with a vendetta against women.

It has been a tough few weeks for CanLit, so we've been told. The Galloway affair, first brought to the public's attention last November after Steven Galloway was suspended by UBC as Chair of the Creative Writing Program in light of serious allegations made against him of sexual assault, harassment, and bullying, has been in the spotlight once again.

Prostitution and trafficking are increasingly contested in international human rights and policy forums, with debates polarised around the question of whether the prostitution system entrenches institutionalised male dominance, or if its harm grows out of associated criminality and stigma. In April 2016 France joined other countries in adopting the approach now often referred to as the Nordic Model – decriminalisation of selling sex alongside exit and support programmes, together with criminalisation of sex purchase. This human rights approach sits in sharp contrast to the endorsement of the New Zealand approach by Amnesty International and in the interim report of the UK Home Affairs Select Committee.

Much writing has been dedicated to the problems with how rape is used to motivate characters in our favorite television shows, particularly Game of Sex and Violence. Generally, women get raped and men get motivated to grow as characters because of that rape.

A major union has followed through its threat to sue Premier Kathleen Wynne and two cabinet ministers to halt the further privatization of Hydro One.

A Toronto police officer remained silent even as his partner’s fabricated evidence helped send a man to jail, a disciplinary tribunal heard Tuesday.

Const. Brian Davy pleaded guilty to one count of insubordination at the Toronto police disciplinary tribunal for his actions following the 2013 arrest of Nguyen Son Tran, the man at the centre of a scandal that’s prompted criminal charges against several officers.

Kevin Metcalf, an activist who independently tracks extremism in Toronto, walked into an far-right event last month with a camera in his hand.

He was there to find out who was part of a relatively new right-wing group called Alternative for Canada (Alt4Can). The group's founder, Mark Stewart, claims he's not a white supremacist or even part of the alt-right, but believes Canada should reflect its supposed European heritage. Metcalf says the group is the new face of fascism in Canada.

15) Call centre workers speak out about abuse by public

Kaoutar Belaaziz says she has been told by customers that her name doesn’t sound white, and that they want to speak to someone who is white.

Well, it was worth the shot.

One in seven Canadians currently live in poverty, but Liberal and Conservative MPs voted together Tuesday night to defeat Bill C-245 which called for the creation of a "national poverty reduction strategy in Canada."

More than 900 women were killed by men in England and Wales over a six-year period, most by their current or former partners, according to the first detailed analysis of deadly male violence against women in those countries.

18) Bertolucci’s justification for the Last Tango rape scene is bogus. It’s called ‘acting’ for a reason

Once, before filming an intimate scene, my director sat my male co-star and me down with some Barbie dolls. She wanted to take us through exactly how we were going to do it on screen – how we would position our bodies, where the camera would be. She wanted to make us feel comfortable about something that is awkward and difficult to shoot by empowering us with knowledge about what we were about to do.

After 90 years, Vaughan Road Academy — the high school where I have spent the past 17 years of my teaching career — will close at the end of this school year.