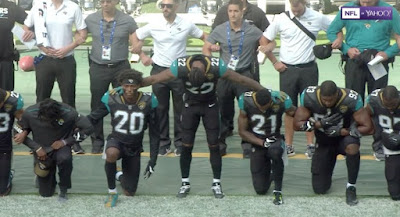 This list covers the week of  September 17 - 24. It is generally in order of the date of the article's release.

Suzanne Davison, a 72-year-old who lives in federal co-op housing in Toronto with her 63-year-old brother, goes to her local food bank every week.

The British public has given overwhelming backing to major parts of Jeremy Corbyn’s policy agenda, new polling has revealed.

3) Kinew needs to come clean, NDP needs to speak up

Seven years ago, on a breezy day in late August, my live-in partner put his hands around my throat and slammed me into our couch. We’d been arguing, again, and this time his anger lashed out like lightning, a sudden electric shock.

4) Indigenous MLA's attempt at damage control too little, too late

I hadn’t expected the message Tara Hart’s older sister and mother had waiting for me when I called Sunday afternoon to see how they were doing after they had finally shared their feelings about Wab Kinew in that morning’s Free Press.

Using documents obtained through a Freedom of Information filing, the British Columbia office of the Canadian Centre for Policy Alternatives has discovered B.C.’s former Liberal Government’s “Climate Leadership Plan” was almost entirely cooked up at secret meetings with oil and gas industry representatives in the Calgary boardroom of the country’s most powerful fossil fuel industry lobby group.

A crowd gathered at the Babylon Theater here Saturday for an annual memorial for Dean Reed, the American “rebel,” rock star, and filmmaker who famously defected to “East Germany” (the German Democratic Republic, or GDR) in 1972. Those in attendance were among Reed’s most ardent fans, of whom he had many thousands in the GDR when he died in 1986.

7) Jews in Texas are already in hiding from neo-Nazis, high holiday service to be held at a secret location

There's an apocryphal story from WWII that when the Nazis started requiring the Jews under their control to wear gold stars, the Danish King donned one himself and suggested his subjects do the same. It’s an inspiring story, and it ought to be true, but it is mere folklore in the service of the more mundane historical truth: the Danes saved most of their Jewish population from the Holocaust, but by more conventional methods.

When Karl Marlantes takes the screen during the new PBS film series The Vietnam War, he says coming home was nearly as traumatic as the war itself. Later, he describes being assaulted by protesters at the airport, invoking the image of spat-on Vietnam veterans, an image that Los Angeles Times editorial writer Michael McGough said in 2012 was based on a myth. An edifying myth, McGough called it, but still a myth.

Ken Burns and Lynn Novick’s documentary on the Vietnam War began airing on PBS last night after much anticipation.

The film follows previous Burns works in providing poignant footage mixed with compelling interviews and a backdrop of good music, starting in this case with Bob Dylan’s A Hard Rain’s Gonna Fall.

Despite the counter-cultural veneer, however, and admirable efforts to provide a Vietnamese perspective, Burns and Novick’s film in its first episode provides conventional analysis about the war’s outbreak and can be understood as a sophisticated exercise in empire denial.

10) Getting the Gulf of Tonkin Wrong: Are Ken Burns and Lynn Novick “Telling Stories” About the Central Events Used to Legitimize the US Attack Against Vietnam?

This past spring I attended an advance screening of excerpts of Ken Burns and Lynn Novick’s documentary about the US War against Vietnam at Harvard, with these two in attendance, along with some Kennedy School “national security” types, who had evidently been recruited as “consultants.” (I was happy to see Peter Davis, the director of the truly commendable “Hearts and Minds” in the audience, to whom I had a chance to say “hello” before I left. Peter is himself a Harvard grad, is now writing novels and, happily, was acknowledged by Ken Burns as he began the post-screening discussion.)

11) How AIDS campaigners joined the fight to pimp prostitution

The HIV/AIDS movement is widely understood as one that focuses on civil rights and health care for vulnerable groups. The popular perception is that the AIDS movement is made up of human rights campaigners, medical experts and scientists, searching for the best prevention methods and, eventually, a cure. What is far less widely known is that the AIDS movement, and the vast amounts of money attached to it, has done more to shape policy, practice and legislation on the global sex trade than any other movement in history.

12) Why are housing association flats lying empty when Grenfell survivors need them?

In the heart of Chelsea, not far from Kings Road, more than 150 social housing flats stand empty on an estate set up over a century ago by the philanthropist William Sutton to house “the poor of London and other towns”. The four red-brick blocks, part of the Sutton estate, are at the centre of a long-running battle between local residents and England’s largest housing association, Clarion Group. This dispute has intensified in the aftermath of the Grenfell fire in the same borough.

Parkdale—High Park representative, well-known advocate of LGBTQ rights, will be minister at Trinity-St. Paul’s Centre for Faith, Arts and Justice in downtown Toronto.

Pity the girl who’s wearing a bra before she leaves primary school; already she’s ventured over the top, into a no man’s land of groping, cat calls and adult disapproval.

Cuba on Tuesday slammed U.S. President Donald Trump’s latest comments about the island as “disrespectful, unacceptable and meddling,” while reiterating it was not involved in the alleged incidents that had harmed U.S. diplomats in Havana.

Spain’s prime minister has called on Catalan separatist leaders to end their “escalation” as several thousand people took to the streets of Barcelona to protest at Madrid’s attempts to stop a banned referendum on independence.

17) Unknown to most Americans, the US ‘totally destroyed’ North Korea once before

Foreign tourists in North Korea are invariably steered to the Victorious Fatherland Liberation War Museum in Pyongyang, which documents the isolated nation’s crucible years: the 1950-53 war that split the Korean Peninsula in two.

The sports world was quick to react following President Donald Trump's tweet that Steph Curry was no longer invited to the White House.

Donald Trump was the subject of startlingly strong abuse from major sports stars on Saturday, after he criticised NFL players protesting against racial injustice and withdrew an invitation for the NBA-champion Golden State Warriors to visit the White House, breaking a tradition dating back to the Reagan years.

Oakland Athletics rookie catcher Bruce Maxwell became the first Major League Baseball player to kneel during the national anthem when he did so before Saturday night's 1-0 home victory against the Texas Rangers.


Stevie Wonder has shown his solidarity with sports stars who were criticised by US president Donald Trump for kneeling on the field during the national anthem.

Multiple players on the Baltimore Ravens and Jacksonville Jaguars knelt during the playing of the national anthem Sunday at the first NFL game since President Trump’s criticism of players taking a knee.