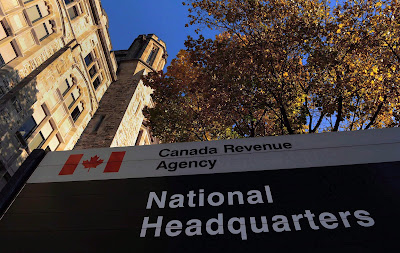 In other words, while every group's incomes rose, the incomes of the those of the top 10% of Canadians rose significantly more.

This data has been released in the middle of a campaign by wealthy professionals and so-called "small businesses" to force the federal Liberal government to back down on their proposed changes to Canada's "small business" tax laws. As they stand now these laws allow what in many cases is little more than legal personal income tax evasion for people and households that fall almost entirely within this top tenth percentile.

I have written about Canada's so-called "small business" taxes in the past, as they are frequently misunderstood and often are not at all about what most people perceive as small businesses (i.e "mom-and-pop" convenience stores, etc.) but rather:


People do not broadly understand that many of the "small businesses" who can benefit from this tax policy are, in reality, wealthy professionals, landlords, etc., who are actually attempting to avoid personal taxes by doing so, and that many small store owners do not really benefit from these illusory rates (especially those who, as many do, file as "self-employed" as they do not make enough to take the costly steps to allow for this to be worthwhile).

Justin Ling and Vanmala Subramaniam in Vice did a very good general rundown of what Canada's "small business" tax laws are all about. After noting that "Canada has the lowest small-business tax rates in the G7, without much competition" they go on to identify the three major loopholes these tax laws as structured now allow in addition to these low rates. They term these the "sprinkling", "passive income" and "capital gains" loopholes.

While their article should be read in full to understand the loopholes, as just one example the "sprinkling" loophole comes down to this:


Let’s say a dentist incorporates himself into The Teeth Company and, in a year, takes in $250,000, before tax. If the dentist were to deposit that amount directly to their account, they’d reach the highest tax bracket in Ontario, and would be left with an after-tax income of about $152,000, for an average tax rate of about 38 percent.
If you were to take advantage of a popular tax loophole, however, you could choose to split your income your partner and kids under the age of 24. To do so, however, you could make them a shareholder in your company and pay them dividends — as though they were a shareholder.
If the dentist were to pay each of their children $60,000 in dividends, it would put them in just the fifth tax bracket, with an average tax rate of 19 percent. The dentist, then, could report the remaining $130,000 for themself, facing an average rate of 29 percent.
The three family members would take home over $188,000, after taxes. That saves the dentist $35,000 in taxes.
That’s all well and good if your kids actually work for the business. There’s currently rules around that, and the government isn’t going to tinker with those. What many top-earning self-employed professionals and small businesses have been doing, however, is “sprinkling” income to their family despite the fact that no family member actually contributes to the business.

According to the authors "Finance Canada estimates 50,000 individuals use their corporations to pay dividends to family members. Ottawa estimates it’s losing out on $250 million a year thanks to that practice."

This also clearly plays a role in helping to fuel greater income growth at the top end of the income scale such as that seen in the 2016 data.

As part of their campaign against the Liberal government's proposed changes, the groups and people opposed to them have often fallen back on rhetoric about how they are not a part of the "1 per cent" (though some of them actually are) or the "super rich" and thus should not be somehow "punished" as if they are.

This is one example of where we see just how misguided the 1 per cent rhetoric so often is from a leftist perspective despite its initial appeal. In the past I have written about how the "1 per cent" slogan utterly lacks validity as a class or left analysis. It is not an "analysis" at all.

Part of the problem with it is that many people think of "1 per centers" as being only the ultra wealthy multi-millionaires and billionaires when this is simply not true. This mistaken notion is often guided by absurd headlines like the one last year that said, based on a ludicrously misleading study,  "Toronto's 1 per cent are about 100,000 times wealthier than us".

As I said of this at the time:


In the case of Toronto, the study is examining the incomes of 8 people. Not 8% or 0.8% of people. 8 people total. Even a child knows this is not 1% of Toronto's population.
Not even close given that 1% of Toronto's population would be somewhere around 30,000 to 50,000 people depending on where you draw the metro city's boundaries.
To make it clear just how misleading the premises here are, the average 1% income earner in Canada makes $454,800 annually and a minimum of $222,000.
This, needless to say, is nowhere near 100,000 times what a "normal" person makes nor would they have 100,000 times the wealth.

It is perfectly clear from this that a great many of those actually benefiting from the "small business" tax loopholes are, in fact "1 per centers".

But even if those benefiting from the "small business" tax loopholes are in the top 2 per cent or 5 per cent or 7 or 10 per cent of income earners what is happening is that their incomes are rising more quickly than the rest of the population's are, that this has been going on since the start of the neo-liberal anti-tax and austerity agenda, and that this is in part fueled by these very loopholes and others like them. (As well as a generation of personal income tax cuts more generally that are only now starting to, in some cases at the very high end, be reversed.)

Those wealthy professionals and business people trying to use pseudo-populist anti-tax rhetoric to stop changes to so-called "small business" tax laws may be trying to present themselves as simply "hard working" folks trying to "save for retirement" or "make ends meet", but when you look at the incomes and interests involved it quickly becomes apparent that this is balderdash.

What they are really doing is engaging in straight-up class warfare to preserve the tax cuts and privileges that have helped to create this new era of extreme and constantly rising inequality and that laid the foundation for the mythology that the government cannot "afford" social programs or to fight poverty. They are part of the ideological basis for perpetual austerity.

Anyone who is seriously interested in creating a class based economic and taxation program and strategy to combat the incredible growth in income inequality in our society needs to understand this.

The theory and practice of "tax relief": Austerity, inequality and neo-liberalism (in three parts)

The Trouble with the 99%

The fallacy of corporate taxes in a neo-liberal context
Posted by Michael Laxer at 4:52 PM