Canada Out of NAFTA! The Communist Party has 9 reasons why it is time to move on 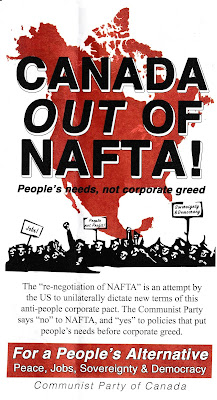 With the election of Donald Trump we have ironically seen many leftists almost seem to support the terribly destructive corporate NAFTA agreement presumably because of his alleged opposition to it.

Yet while Trump may "oppose" NAFTA, he does not at all do so on a pro-worker, pro-internationalist axis, but rather on the basis of crass pandering to American racist and imperialist narratives.

While it is understandable that Bay St. liberals would try to defend NAFTA it is critical that leftists remember that NAFTA is an agreement that is by and for big business and the capitalist class.

Ending NAFTA is in the interests not only of Canadian workers, but also workers in Mexico and globally.

While the Liberals predictably have taken a "must save NAFTA" position and while the NDP's position is hopelessly muddled and included absurd comments such as "NAFTA can improve the welfare of all North Americans", the Communist Party of Canada has released a leaflet that clearly outlines why Canada should take this opportunity to not knuckle under to Trump and to simply leave NAFTA now.

Here are 9 reasons why Canada should quit and never look back. 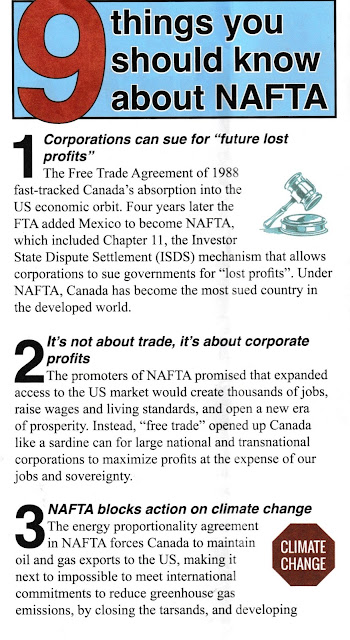 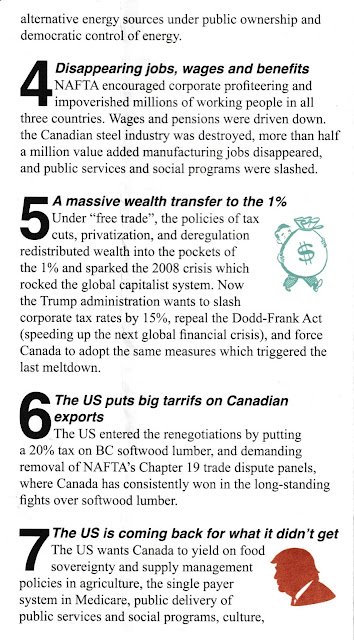 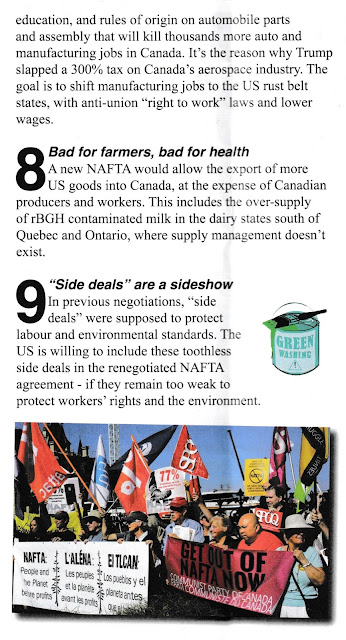 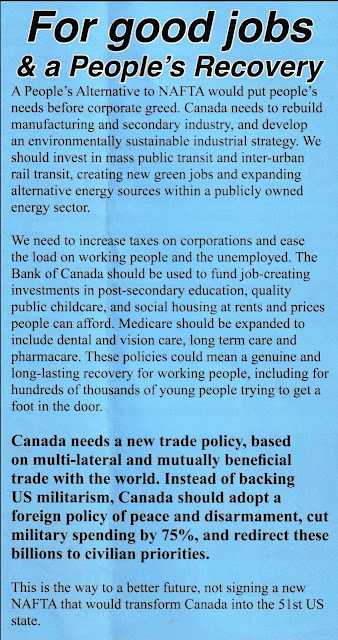 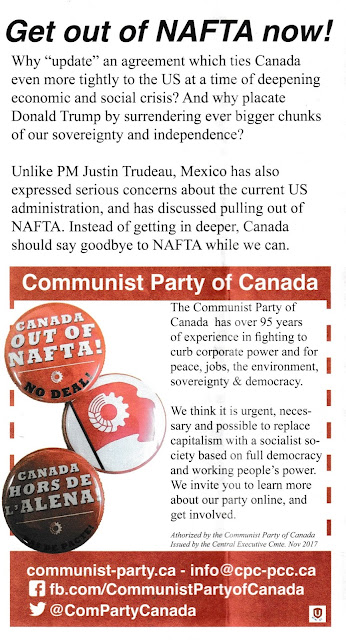 Posted by Michael Laxer at 9:02 PM