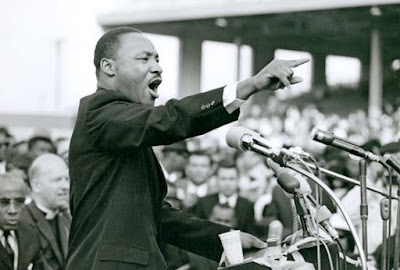 This list covers the week of  January 14-21. It is generally in order of the date of the article's release.

Ex-members of the Revolutionary Armed Forces of Colombia, now converted into a legal political party, need more guarantees for the reinsertion into civilian life, said Sunday the National Council of Reincorporation in a meeting with UN General Secretary Antonio Guterres.

2) Abuse isn't romantic. So why the panic that feminists are killing eros?

This moment isn’t about romance, it’s about abuse. Perhaps the fact that so many people can’t tell the difference is part of the problem.

3) The Aziz Ansari accusations may not be about rape, but they are about rape culture

While the #MeToo movement has resulted in man after man being outed as rapists, serial harassers, or general creeps, we would be mistaken to view this as a kind of culling. The truth revealed via #MeToo is not that there are a lot of bad men in this world (though, of course, there are many), but that all men, in this culture, are socialized in a particular way, and that socialization is what leads to men’s disrespectful, unethical, and too-often violent treatment of women.

Hundreds of young women are killed every year and many face sexual violence in the world’s most dangerous land. Now the president wants to send 200,000 more Salvadorans back home.

Let’s be clear: no woman asks to live in a rape culture: we all want it over, yesterday. Mixed signals about female autonomy won’t help bring it down, and neither will asking nicely. Nothing changes until truly powerful offenders start to fall. Feminine instincts for sweetness and apology have no skin in this game. It’s really not possible to overreact to uncountable, consecutive days of being humiliated by men who say our experience isn’t real, or that we like it actually, or are cute when we’re mad. Anger has to go somewhere – if not out then inward, in a psychic thermodynamics that can turn a nation of women into pressure cookers. Watching the election of a predator-in-chief seems to have popped the lid off the can. We’ve found a voice, and now is a good time to use it, in a tone that will not be mistaken for flirtation.

Rema Rajeshwari is a female superintendent of police in the Indian the state of Telangana — a rare figure in a country where women make up only 7 per cent of police officers, and 2 per cent of those in police leadership positions.

Read/listen to the full episode.

Poor countries don’t need charity. They need justice. And justice is not difficult to deliver. We could write off the excess debts of poor countries, freeing them up to spend their money on development instead of interest payments on old loans; we could close down the secrecy jurisdictions, and slap penalties on bankers and accountants who facilitate illicit outflows; and we could impose a global minimum tax on corporate income to eliminate the incentive for corporations to secretly shift their money around the world.

FLORIDA PRISONERS ARE calling for a general strike to start this week — marking the third mass action over the course of a year in protest of inhumane conditions in the state’s detention facilities. Detainees in at least eight prisons have declared their intention to stop all work on Monday — Martin Luther King Jr. Day — to demand an end to unpaid labor and price gouging in prison commissaries, as well as the restoration of parole, among other requests.

9) MARTIN LUTHER KING JR. SPENT THE LAST YEAR OF HIS LIFE DETESTED BY THE LIBERAL ESTABLISHMENT

King’s slide in popularity coincided with his activism taking a turn from what Americans largely know him for — his campaign for civil rights in the American South — to a much more radical one aimed at the war in Vietnam and poverty.

In a posthumously published essay, Martin Luther King, Jr. pointed out that the “black revolution” had gone beyond the “rights of Negroes.” The struggle, he said, is “forcing America to face all of its interrelated flaws—racism, poverty, militarism and materialism. It is exposing the evils that are rooted deeply in the whole structure of our society. It reveals systemic rather than superficial flaws and suggests that radical reconstruction of society itself is the real issue to be faced.”

Jeremy Corbyn’s influence on Labour’s governing body has received a significant boost after left-wing candidates won all the positions up for grabs in a crucial set of elections.

Prostitution or sex work? Your choice of words gives the game away, marks out where you stand on the issue. Violence against women or just a job? It is a serious battleground for the soul of feminism.

I have never met anyone during my decades of campaigning against the sex trade who supports the criminalisation of prostituted people, and yet it has proved impossible to put aside our differences and form a united front.

A woman who was forced into prostitution at 15 wants to see her permanent criminal record erased.

The payday loan industry is shrinking in Alberta after the province cracked down on the businesses often accused of predatory lending, though dozens remain in Calgary.

An unofficial group called Niagara for Women’s Rights has started an online fundraising campaign to put up pro-choice billboards across the region.

Eritrean and Sudanese asylum seekers in Israel will be forced to accept a plane ticket to unsafe countries or face indefinite prison.

19) The NHL Flips Off Its Fans Again

More than anything, this is just tiring. If I’m left to follow my uncool, fourth-place league, that’s okay, I love hockey and I love watching it. I’d rather the league not go out of its way to show that it neither gives a shit about improving its popularity beyond its current demographic, nor about a lot of the fans it already has. But hey, I guess that’s too much to ask.

20) Cuban Doctors to Help Patients in South Side Chicago

With no solution in sight regarding infant mortalities, residents of Chicago's South Side, home to numerous predominantly Black neighborhoods, have resorted to mentors from the Cuban Ministry of Public Health for help.

Remember when inclusionary zoning was going to solve Toronto’s affordable housing crisis, or at least take a big step towards ameliorating it?

A B.C. Supreme Court judge has ruled that the practice of prolonged and indefinite solitary confinement in Canadian prisons is unconstitutional.

Over the course of the past year Unifor has been vocal and public about our concern with US-based unions trampling on the rights of workers and their democratic right to choose their own representation or to express dissent. In light of the ongoing lack of action and will by the affiliates of the Canadian Labour Congress to address the aggressive and undemocratic tactics shown by US-based unions towards workers in Canadian locals, a decision was made by the leadership of our union.

24) Unifor-CLC split demands unity from below

Unifor, Canada’s largest private sector union, has left the Canadian Labour Congress (CLC). Unifor’s website says the decision was made by its National Executive Board on January 16. In a letter to CLC President Hassan Yussuff dated January 17, Unifor President Jerry Dias states that Unifor’s Executive Board has voted to cease affiliation to the CLC “immediately.”

Severed ties between the Canadian Labour Congress and Unifor have culminated in the head of the national lobby group for the labour movement accusing Canada's largest private sector union of raiding another union for members.

Geoffrey York, The Globe and Mail

Cape Town, one of the biggest cities in South Africa and a famed tourist attraction, is warning its residents that they will soon have to queue for water.

"Today I appeal to every single person on Earth to help us. We must replace the present culture of abuse," said Fiji Prime Minister Frank Bainimarama.

28) Toronto's rental market now the most expensive in Canada

Anyone searching for an apartment in Toronto already knows just how expensive rent is in this city, but to start the year we've now reached a troubling milestone. When it comes to one-bedroom apartments, Toronto is now the most expensive city in the country.

Dear Gal,
When I was 16 years old, my main concern in life was figuring out how to get a class with my high school crush. My afterschool occupation involved locking myself in my computer room to design my perfect MySpace profile and rearrange my Top 8. I’d spend hours chatting on AOL Instant Messenger until dark and my mom would tell me it was time to cut the lights. That was the year before I created MuslimGirl.com, to create a space for girls like me to feel like our voices mattered in the real world.

Protesters are out in full force today across Toronto and much of Ontario to tell Tim Hortons what they think of its response to the province's minimum wage increase.

31) Want to understand the problems with minimum wage? Talk to people who earn it

The National's Nick Purdon and Leonardo Palleja went to St. Francis Table in Toronto, a restaurant for the poor where meals cost $1. The restaurant is run by the Capuchin Franciscan Friars of Central Canada and has served more than a million meals since it opened in 1987. The homeless, people on social assistance and seniors have traditionally been the main customers, but the Friars are increasingly seeing people on minimum wage frequenting St. Francis Table.

Here are three of them, talking about the realities of working hard and trying to live on minimum wage.

32) Liane Tessier at the Halifax Women′s March: Speaking out has been the sanest thing I have ever done

My name is Liane Tessier. I was once a firefighter, but I was targeted and forced out of a job that I loved and was good at, because I spoke out against the discrimination I faced as a woman.

One year ago Sara Bingham was part of a caravan of Canadians on buses heading to Washington, D.C., for the historic Women's March in protest of Donald Trump's inauguration as U.S. president.