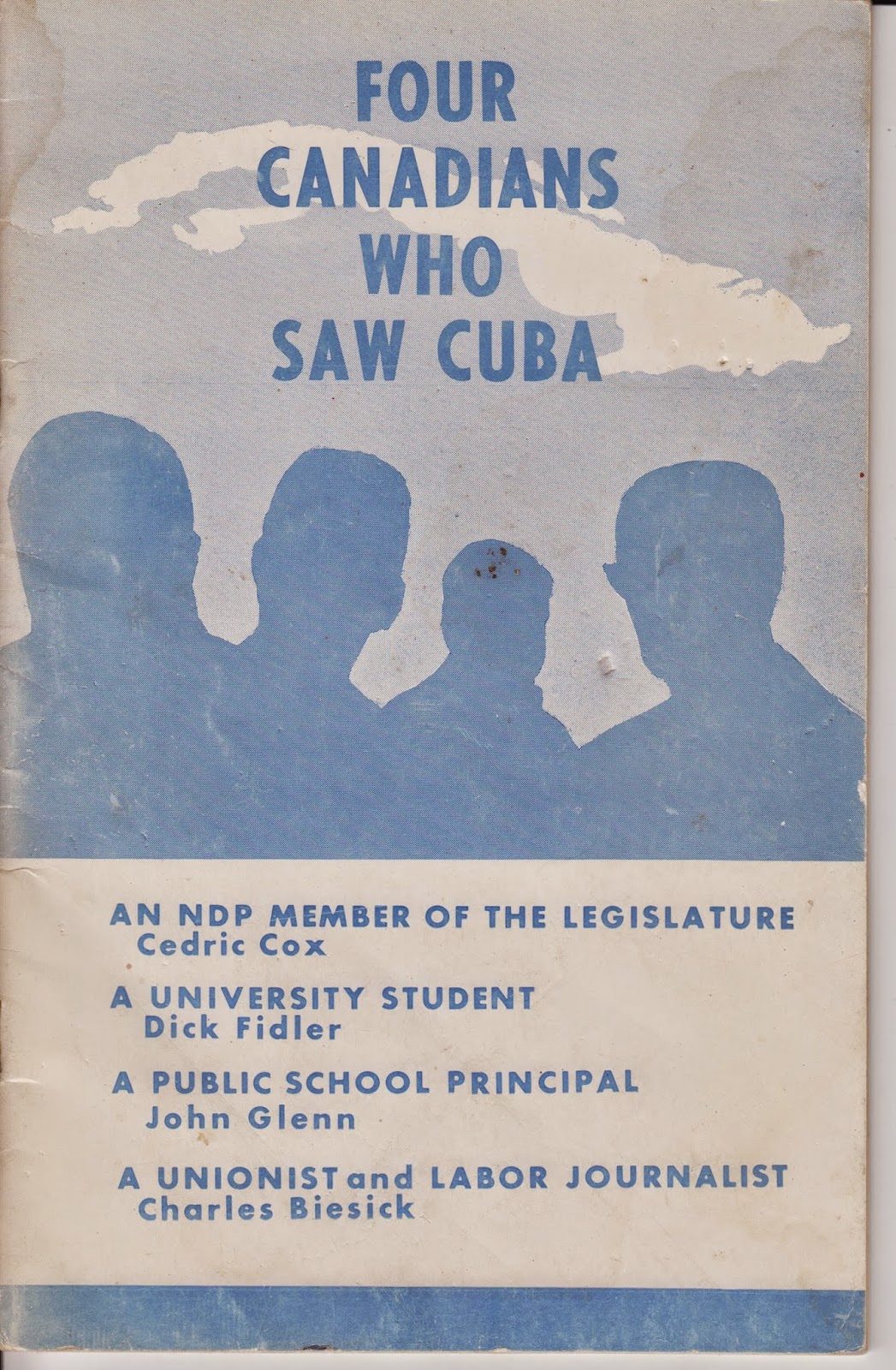 Published in 1963 by the Canadian branch of the Fair Play for Cuba Committee, this 31 page booklet sought to present what they saw as the reality of the Cuban Revolution to the Canadian people and to counter what they felt was its unfair portrayal by the mainstream media.

The booklet aimed to give first-hand accounts from a cross-section of society, including a school principal, NDP MLA, a university student and a trade unionist and journalist.

One notable fact about it is that all four were active New Democrats at the time. The MLA, obviously,  but also the other three, one of whom was on the ONDP's Provincial Council, another the VP of the York East NDP and the third the co-editor of the Prairie New Democrat, a party paper that was published in Manitoba and Saskatchewan at the time. 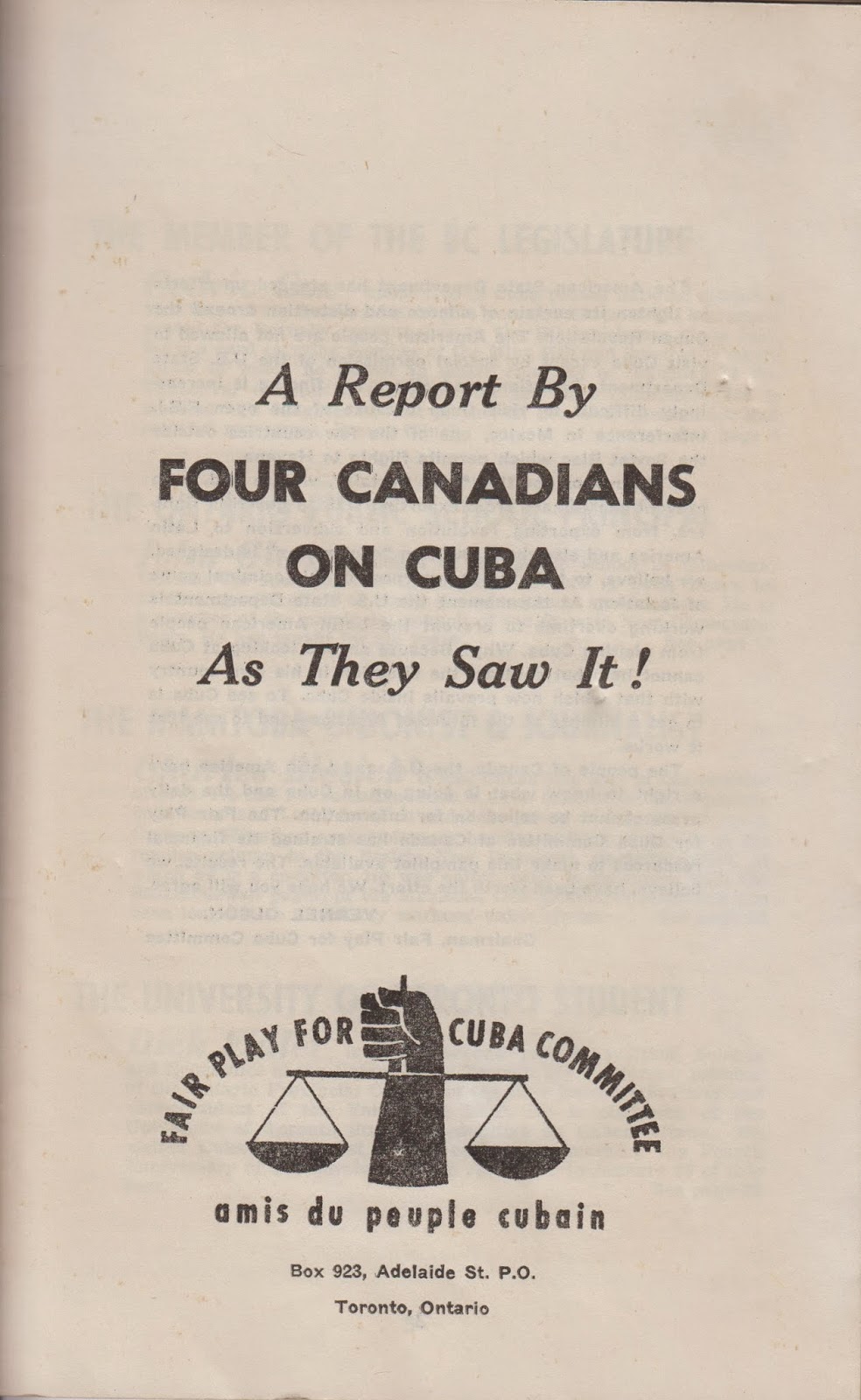 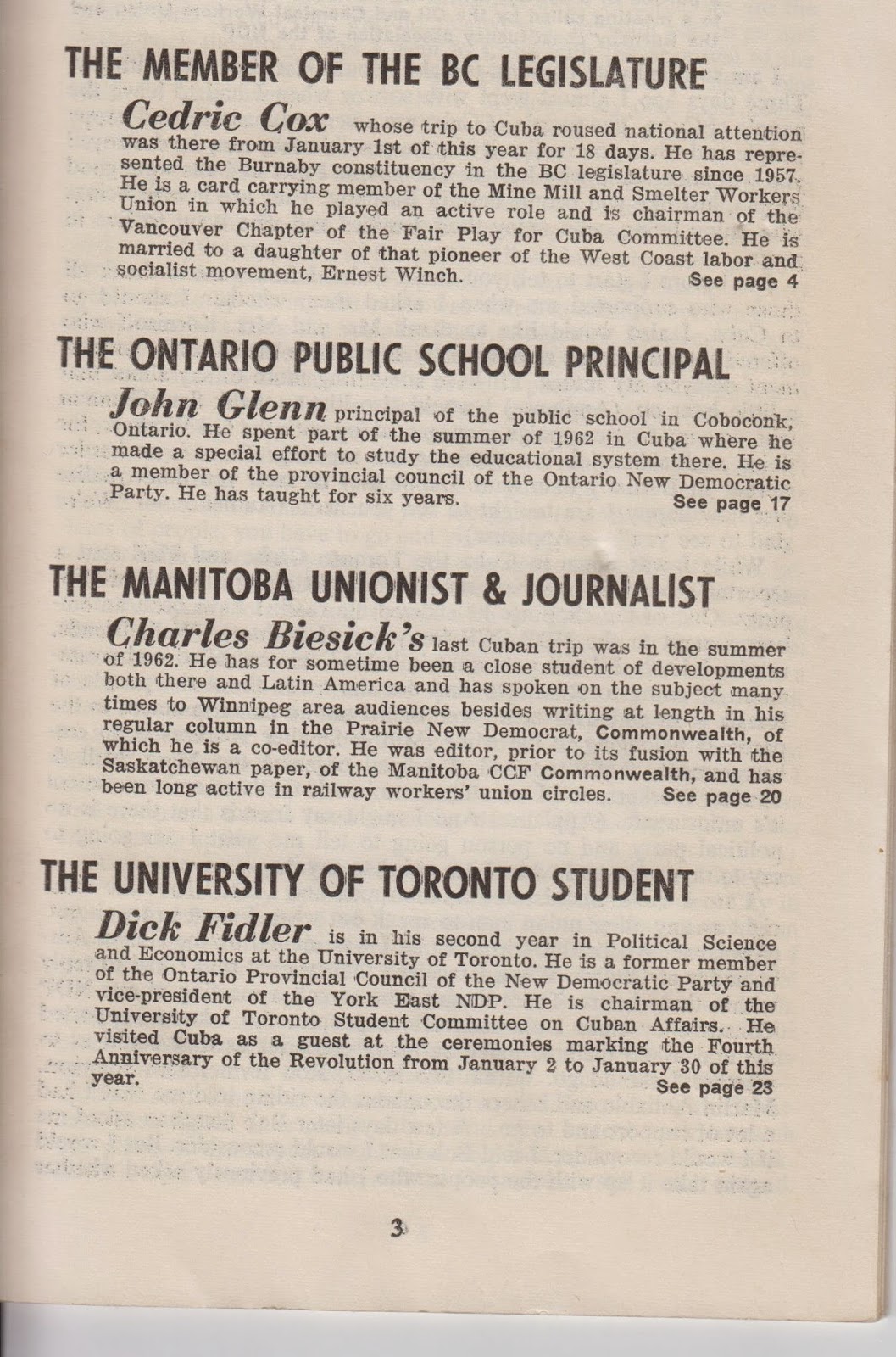 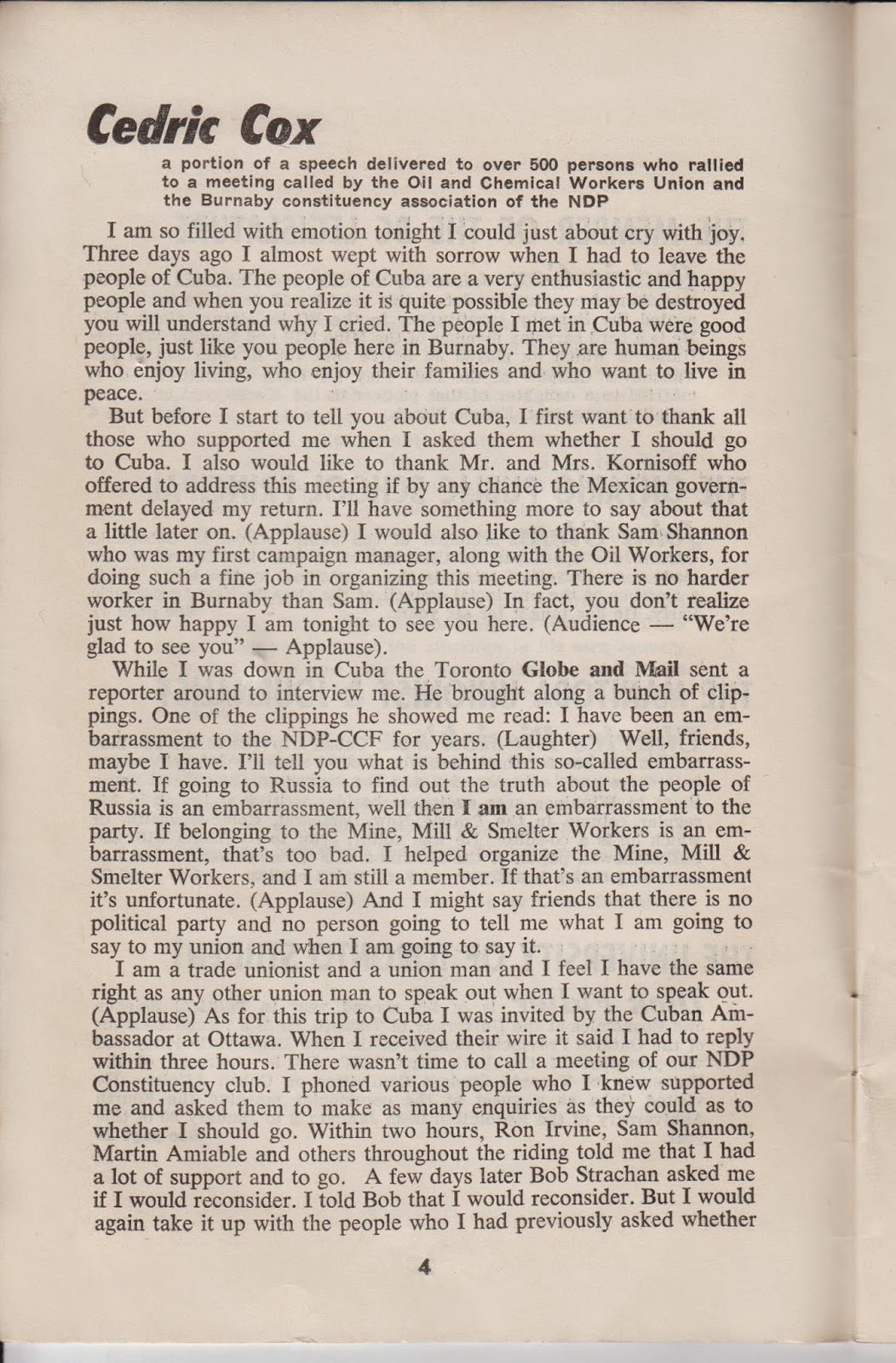 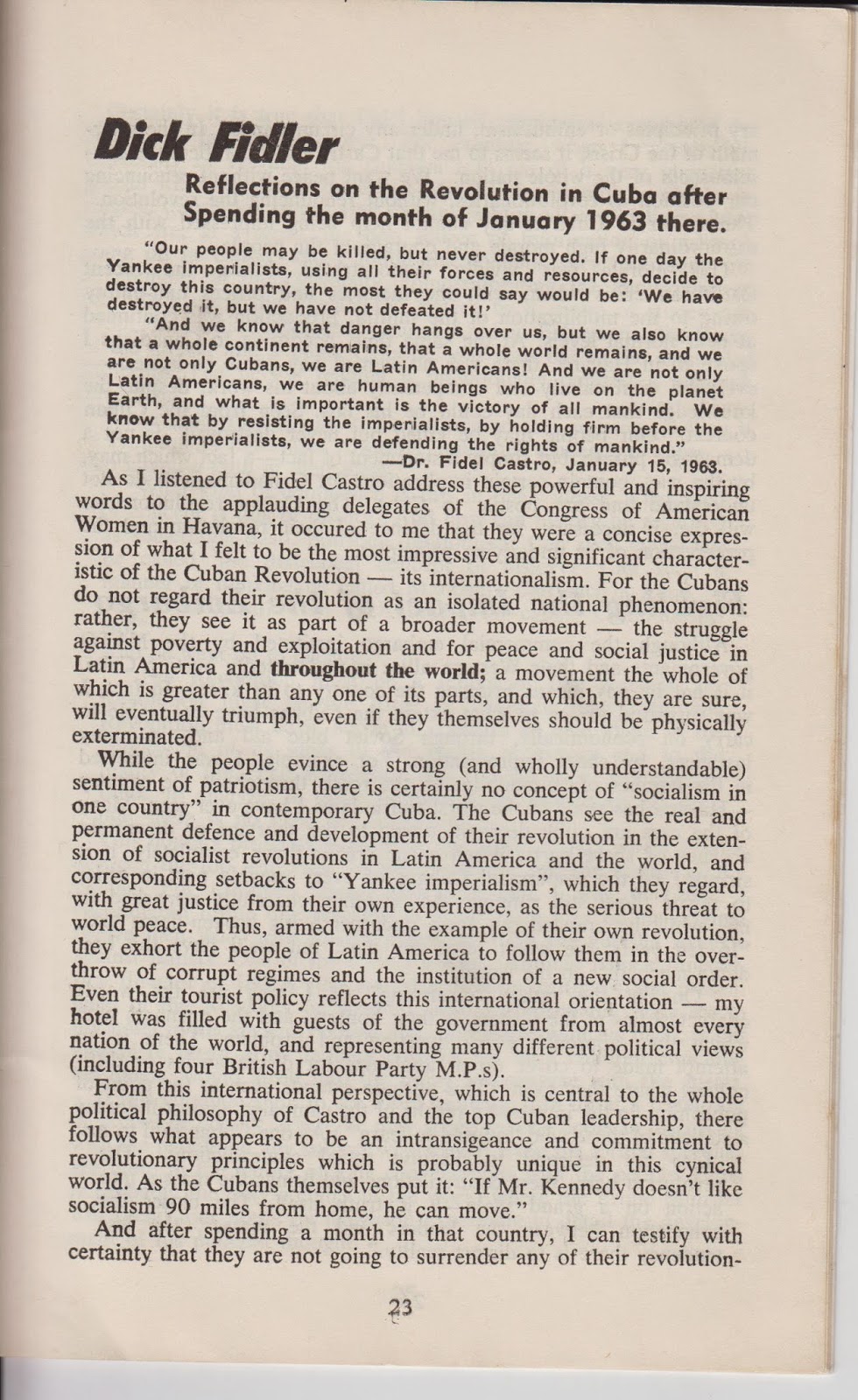 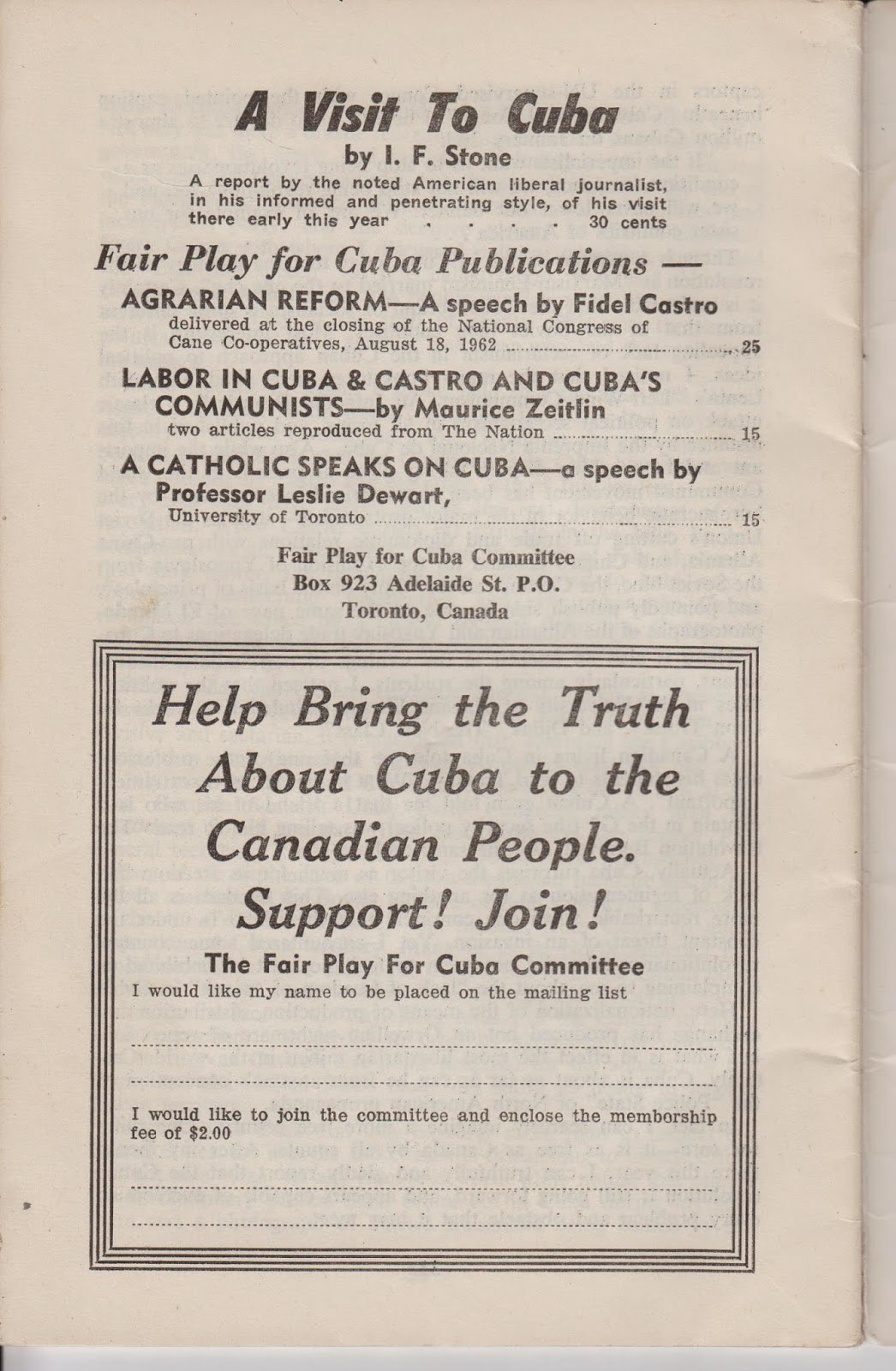 Posted by Michael Laxer at 8:17 AM