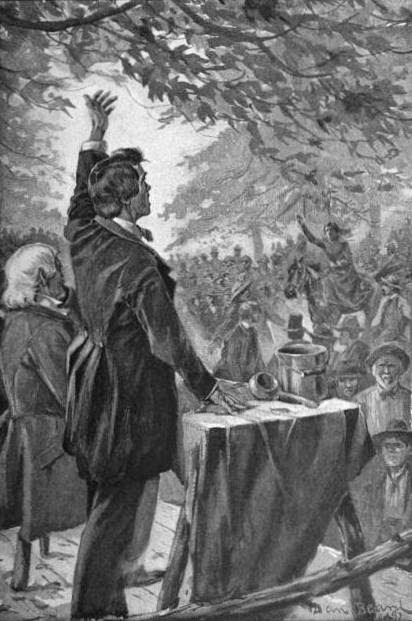 Parking the car on Peter St. I see Frank and Alice down by the entrance to The Jeremy.

Alice is annoyed. Why I don't know. Frank is dressed up, nice blue blazer, tasteful slacks, good shoes. Alice keeps looking away, seeming to not want to go into the bar. She sees me and smiles.

There are people all over the sidewalk. Straining to get in. The two doormen are meticulously looking through the lists. A little too meticulously. They want the bottleneck. The line up. It adds to the effect.

If everyone wants to be there, then the upcoming election is in the bag.

It is nonsense, of course. But in politics, above all else, appearances matter. They really matter.

I turn down the alley. Pulling out a pack of unfiltered Camels from a carton I picked up at a truck stop in Georgia two weeks ago, I light one and drag in the pure smoke deeply. The small spotlights of the door fixtures lead me to the kitchen access.

The fellas in the white kitchen outfits seem surprised to see me, but I have found that if you are in a suit, are confident, and just act like you should be doing what you are doing, people will simply assume that it is true.

The main room is still only half full. I see Errol over getting food at the cold buffet. Andrew is at the bar getting drinks.

Touching Andrew's shoulder I reach over and take the bourbon on the rocks that he ordered. He laughs.

-What have you been up to?

-Nothing more than usual. Just got back from Georgia

Alice slides up between us, turns her back to me and looks at Andrew

-How did he get in here? You know he probably never even bought a ticket.

Probably? Of course not. Why the fuck would you pay to attend an event like this?

All the tables are basically already taken. Andrew finds a spot at one of the walls. No chairs. But at least you can put your drink down. We are just about to talk when Nick slimes his way over.

A party favourite that one. Kisses ass for a living. Most of the people here do. He was big in the move to get the new leader installed. No scruples. I would probably like him for his total sleaziness were it not for the fact that he hated me.

I think Machiavelli wrote that somewhere.

Anyway, Nick turns to me, looking all inside baseball or something.

-Did you hear the news?

He is about to say something when someone behind me catches his eye. His mood shifts abruptly and, without even the slightest attempt at an "excuse me" he slithers off.

I look over my shoulder.

David, of course. Of course, David.

David was the new Chosen One. He had been hired to inner party staff after we had all those new members elected and he knew his way around. David and I used to do community work together. Back when we thought that mattered. We were good friends then.

Not so much now.

-How have you been?

David paused, sipping his drink slowly and almost for effect, trying to spread those peacock feathers.

-You know I got a job at the Leader's office?

-No shit. Really? I don't think I had heard.

-I would have brought you along, but you know how it is. Only so many spots and all.

-What have you been up to?

I was about to tell that after failing at my ventures south of the border I had taken up a short term position as a serial killer of asshole political types when the music started.

Tracy Chapman. Talkin' Bout a Revolution. What else. Why not the song as totally detached from the party reality as possible?

Parker is coming down the stairs now. Waving. Bridgette is at his side smiling. Some asshole is throwing multicolored confetti over their heads and everyone is clapping hysterically.

Well I'm not, needless to say. Neither, I see, is Alice. The rest of them are.

I really want a fucking cigarette, but unfortunately we are opposed to them. Cancer and the common good and whatever.

In a few minutes it will be the speeches. Puke.

I feel a touch on my shoulder.

Sally. I haven't seen her in a several years. Married a guy she met on the campaign trail. We used to be at college together. Handed out leaflets, swore we would remake the world and all that shit. I remember she told me that even if the times changed we wouldn't. I was sure she was right.

The times changed and so did we.

-It is good to see you

-We are divorced Sally. Couple of years. She moved to Montreal with Wayne.

-Oh...shit...sorry. I had no idea. I thought you and Wayne were close.

-Well, apparently we were even closer than I thought.

-Good. He is with the kids in the country. My mother's place. Remember it?

Remember it? How could I forget? We spent weeks there back in our college years. Long days of doing nothing under the hot  July and August sun. Yahtzee, beer and possibly unrequited sexual attraction.

Putting my hand on her arm I lean forward to say something when the sound system kicks in. David is on stage, a gigantic picture of Parker right behind him. He is calling for attention.

Parker is starting up to the podium.

The chants start. "Parker...Parker...Parker". He turns before the podium and waves. Lovely face. Looks always a handsome thirty-eight even ten years later. Has the small party pin on the lapel. Dapper. Robert Redford kind of cool.

Retreating to the now largely empty bar, I ask for, and receive a martini. A real martini. None of this vodka shit.

A gin martini. Just like it says in the Bible.

Turn to see Alice. Hand on my back.

I want to say something. Nothing really fits. She slips into the seat beside me.

We sit looking at each other.

-Sisters and Brothers, it is my honour to present to you a tireless advocate for what matters to the people of this great nation, the next Prime Minister of Canada, Matthew Parker.

-Friends. Friends. You have no idea how happy I am to see you here tonight. To see you on the very eve of taking back our country, this great country...

It all fades. I have heard the speech so many times. We all have. It is the same speech, different day. Insert issue and insert ideology. Right, left, centre, whatever....

-I tried to call you.

Parker has said something "important". The noise level gets too high. I take it as an opportunity to leave and start to.

She grabs my shoulder from behind. Hard.

Getting right up, face-to-face, she looks at me intently.

-Look. Sorry OK? Fuck, don't be so sensitive. Anyway, did you hear the news?

What is this all important fucking news?

As Alice is about to speak, Frank appears beside her, giving me an awkward look of barely concealed malice. She stops herself and, after a pause where no one moves or says anything, slides her arm through his and guides him slowly away with her towards another cluster of people enraptured by the leader's grand speech. She does not even glance back in my direction.

Good. I really need a cigarette.

Back into the kitchen. Again they look up at me.

-Don't worry guys. Just checking the back alley. We have to make sure, you know?

They all look like they clearly do not know, and some of them may even think I am full of shit, but they are busy and no one stops me.

Tap the unfiltered cigarette on the back of my hand, roll the end on my lower lip, and light up.

The alley is empty, save for two guys a little farther down. I can hear they are having words. It seems things are getting more heated and I strain to see what is happening when I sense that someone is behind me. Close behind me.

I can feel their presence, and it is a familiar presence.

Shifting around slowly I see her. Marie.

I am, for the first time in a long time, at a loss for words.

-I guess you didn't expect to see me.

It was all I could think to say.

-Why are you then?

-I work for Parker now. I am his Press Secretary. Didn't you know?

No I didn't fucking know.

-That's great. It is an exciting time.

-You don't really think that. Do you?

She turns back towards the door and pulling it open hesitates for just a moment.

-You should quit you know. You will live longer.

I light another cigarette. Why not?

Not going to go through the kitchen again. Why bother? No one is at the main door now anyway.

Heading down the stairs and the first person I see is David.

I cut him off.

-Stop the shit. It was the same as every event. They are all the same.

-Cynicism suits you. But that also makes it very predictable.

I laugh. He is right of course. Cynicism is easy. But then so is idealism. It is kind of a no win situation. It was an effortless transition between the two.

-So, I might note, is being an ass kisser when paid to do so.

David smiles broadly. He is a beautiful man when he smiles. He knows it.

-True enough. So what led us both to still being here then? Do you even remember why we got involved in the first place?

-Of course I remember. I remember exactly why. That was a long time ago David. I remember why. I just don't remember feeling it. At all. It must have felt great. Believing in something. Now it is an unpleasant numbness.

-Bullshit. I still believe in something.

-Of course you do. Narcissism. You believe in yourself.

Silence. For a moment I think I have actually gotten under that granite façade. But he grins instead.

-Well then why are you here?

Behind David the staff are taking down the posters of  Parker. I see Andrew reaching behind the bar to grab a glass. Sally is talking to Nick. The folks who don't need a job or who have nothing to gain are starting to stream out. I can't see Marie anywhere.

-There is nowhere else for me to go.
Posted by Michael Laxer at 5:37 PM