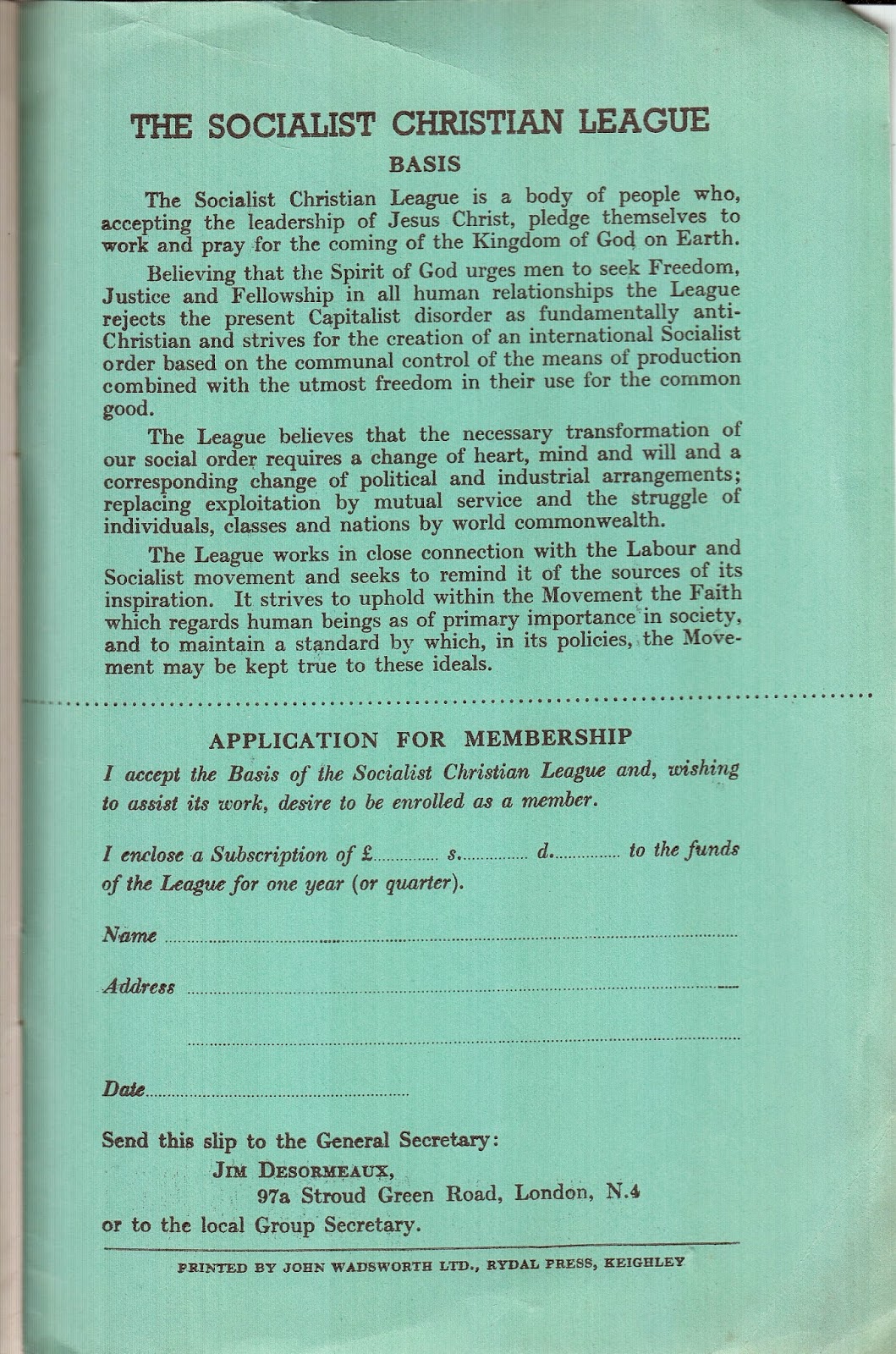 In an era when Christian politics, especially in North America, is so often identified with the right and the evangelical movement, it is easy to forget how significant a force Christian socialism has been in the history of socialism, exemplified by such figures as Tommy Douglas

Here we see an outline of the "Basis" for the Socialist Christian League of the United Kingdom in the 1950's as well as its membership application. In part it says that the League "rejects the present Capitalist disorder as fundamentally anti-Christian and strives for the creation of an international Socialist order".

Sentiments like these can be seen more recently, as for example when Venezuelan Socialist leader Hugo Chavez said " Capitalism is the way of the devil and exploitation. If you really want to look at things through the eyes of Jesus Christ—who I think was the first socialist—only socialism can really create a genuine society."

The Socialist Christian League ultimately merged with another group to become the Christian Socialist Movement. The thinker most closely associated with it is R.H. Tawney.

Posted by Michael Laxer at 1:14 PM