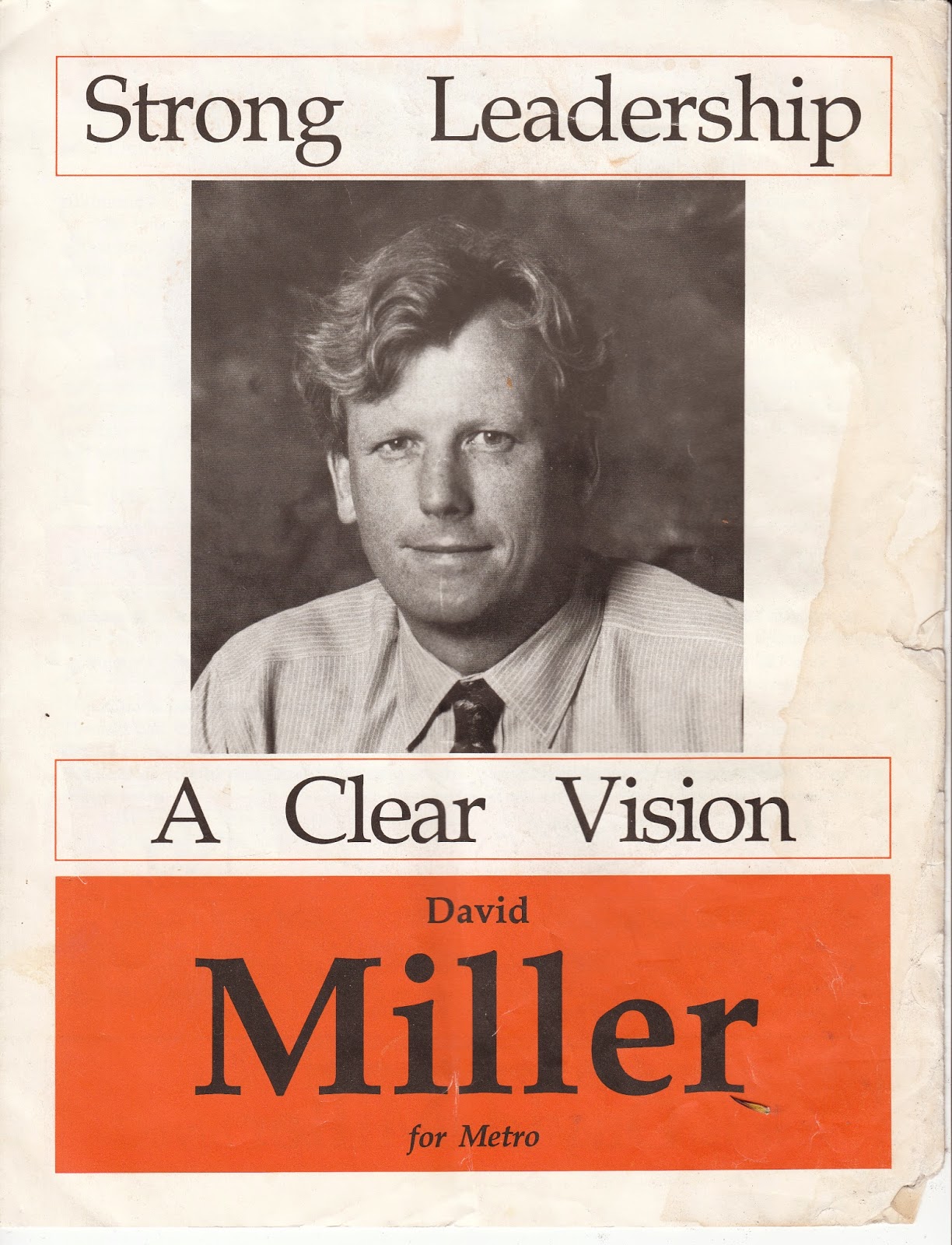 In 1994 David Miller, future Mayor of Toronto, was elected for the first time as the Metro level council member for the west end neighbourhood of High Park.

These were the four pages of the main brochure that he used during that campaign.

The Metro level, at the time, was a council that had members from across all of Toronto's districts and that was to oversee metro-wide services and programs, while the "cities" at the lower level, like North York, Toronto, Etobicoke, etc., had their own Mayors and councils. These were all amalgamated into the "Mega City" under Mike Harris in 1997.

Miller had run previously for Metro and lost. He also ran for the NDP federally in 1993 and came in a distant fourth. It was a time when social democratic fortunes in Ontario were at an all-time low due to the widespread unpopularity of the provincial NDP Bob Rae government.

This made Miller's victory in 1994, over two right wing candidates including future Harris and 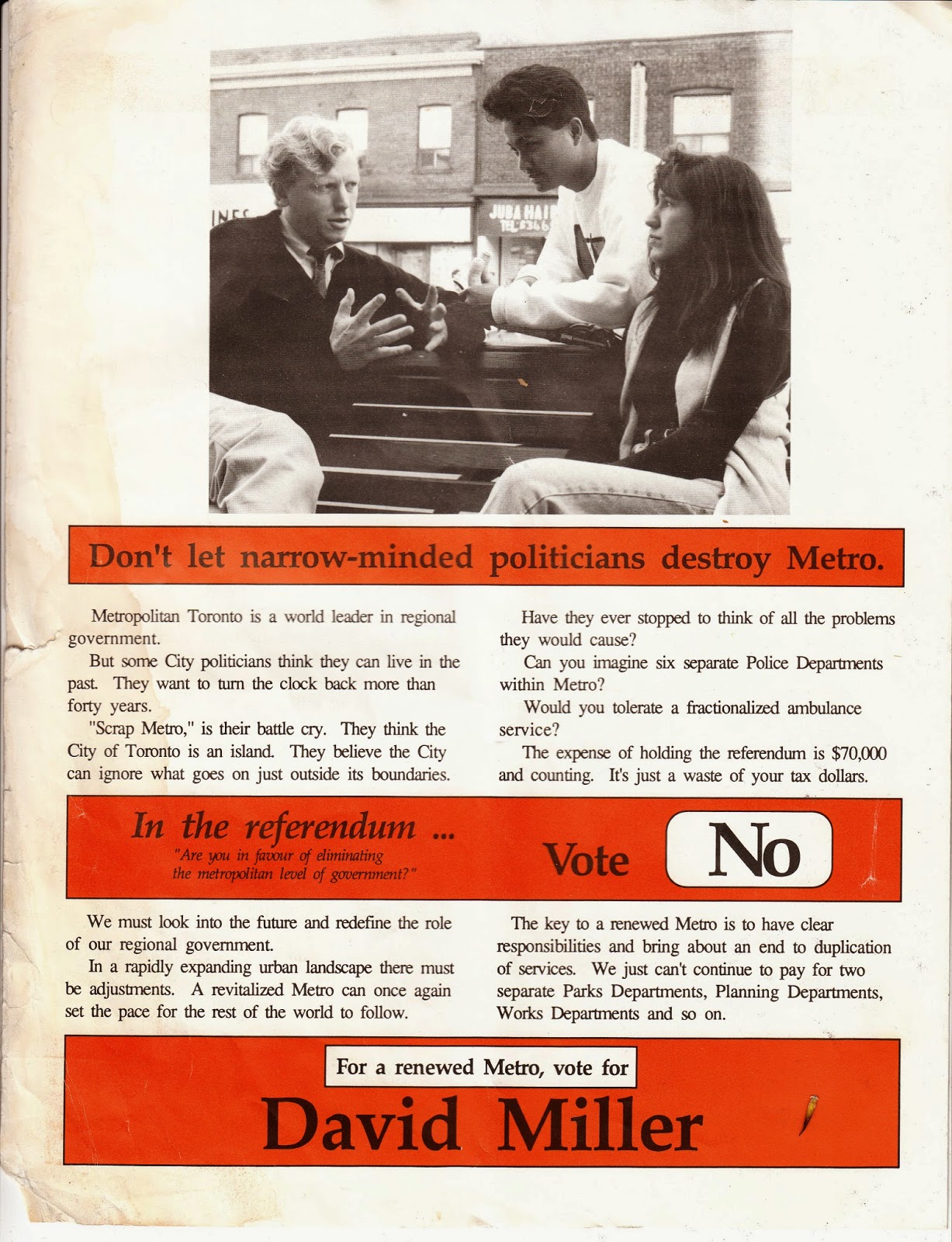 Harper "star" Tony Clement, a small positive in a time of many reversals for Toronto NDPers.

Miller went on, of course, to be Mayor in 2003. Ultimately he ran a fairly centrist administration and he quit the NDP in 2007. Many of his administration's accomplishments, such as they were, were undone by the Rob Ford administration that followed him. 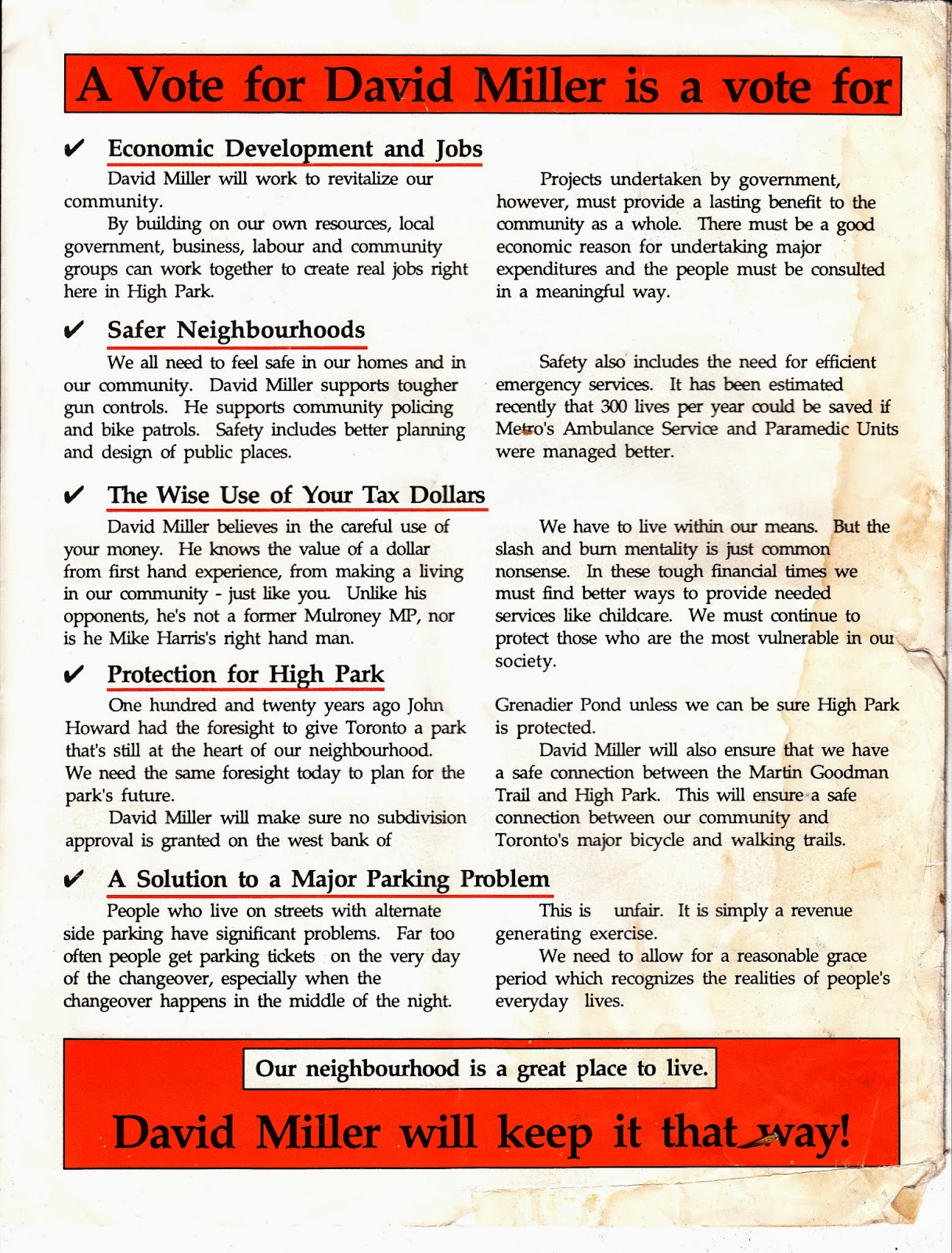 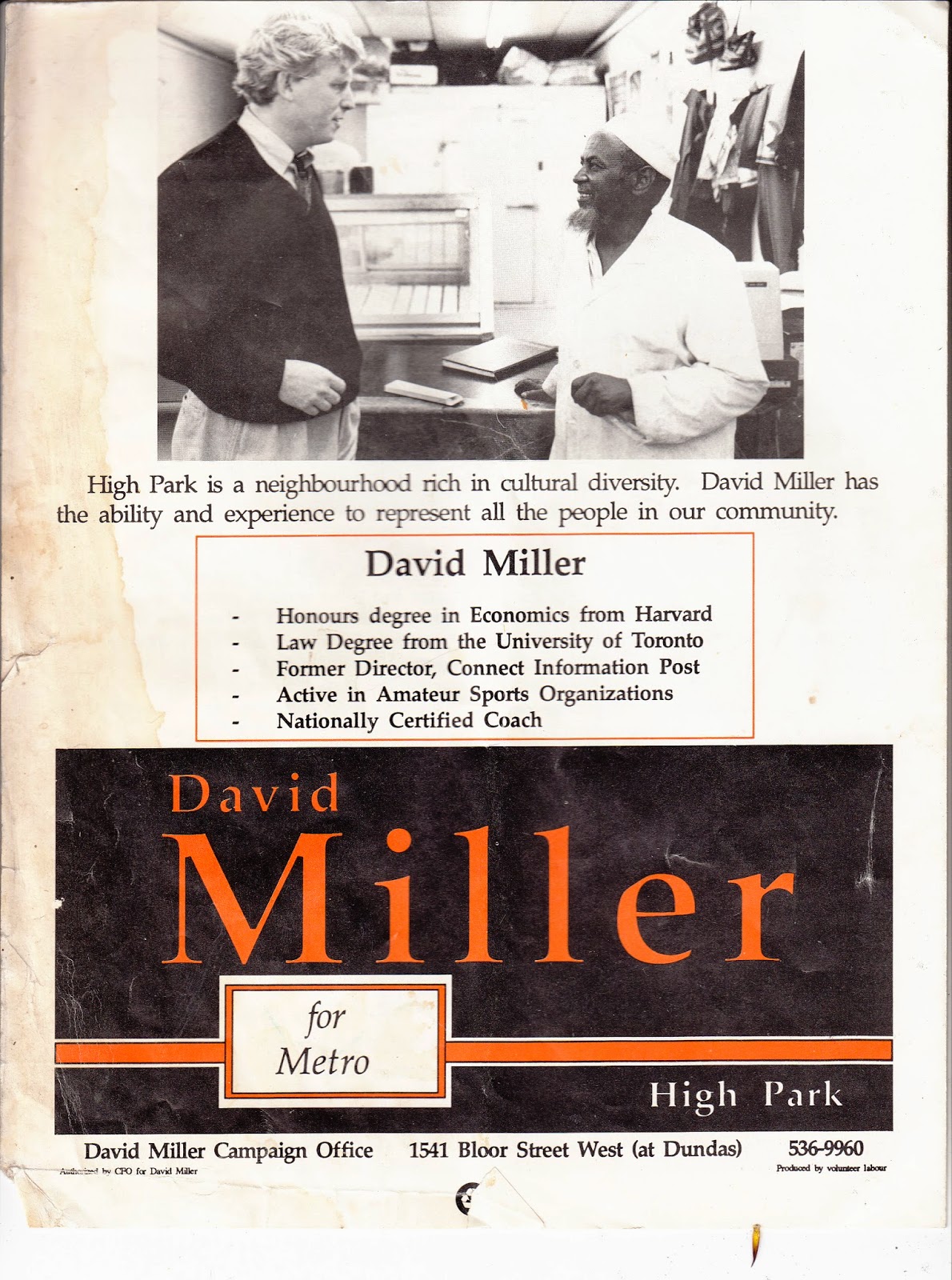 Posted by Michael Laxer at 7:40 AM