Harper, Mulcair, May & Trudeau: They all support the "Tribute to Liberty" 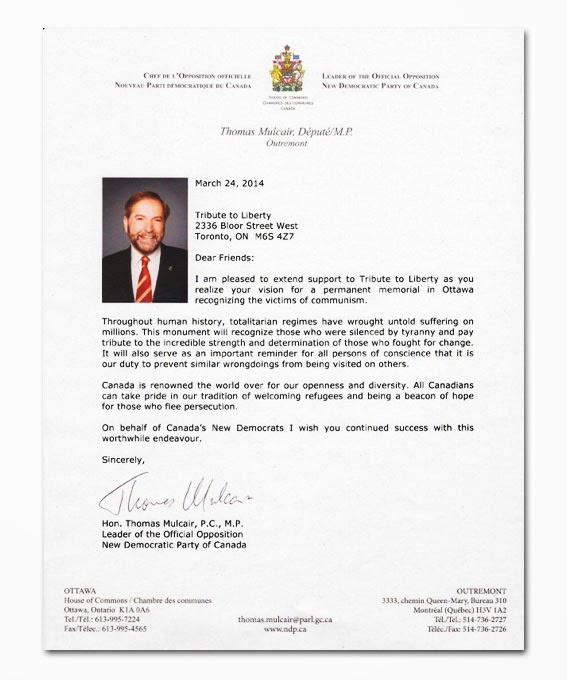 Lately we have been hearing some loud "protest" from New Democrat,  Liberal and Green partisans and hacks sharing articles and statements online critical of and denouncing the hideous and absurd memorial for the "victims of communism" the Harper government has planned for Ottawa.

There is a large irony to this.

As with so many other issues that confront us today, the "opposition" of the "leaders" of the parties that these partisans are affiliated with has, in fact, enabled the narrative that led us here if not the exact grotesque monument itself.

While they may be critical of the placement and budget, all of the leaders of every "opposition" party in parliament has supported the essential idea of and supposed "need" for this offensive farce.

All of their reactionary and pandering letters are re-posted as they appear on the "Tribute to Liberty" website.

Yet again we see "progressive" politicians pandering to appallingly right wing ideas and accepting them as a given while then "opposing" them in some bourgeois technocratic way so as to play both sides (amend and repeal anyone!)

So, if you are one of these partisans for the "mainstream" parties, while critiquing Harper be sure to send a letter to your own precious leaders as well asking them to stop facilitating him.

As usual they are incapable of finding their own spines. 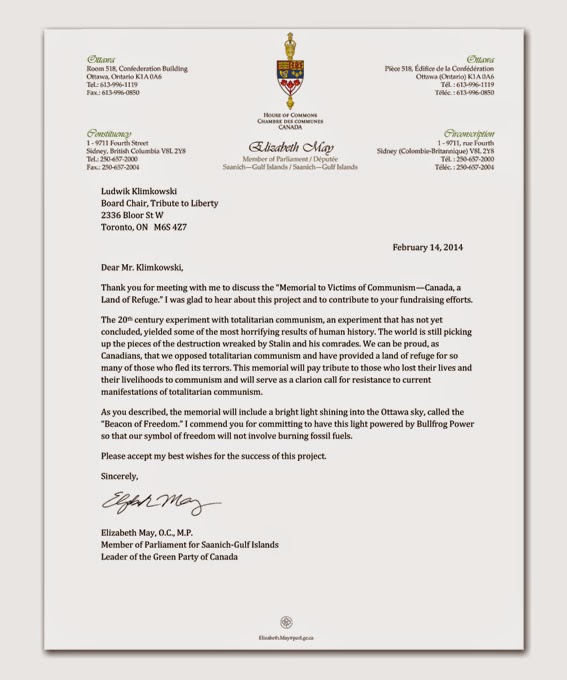 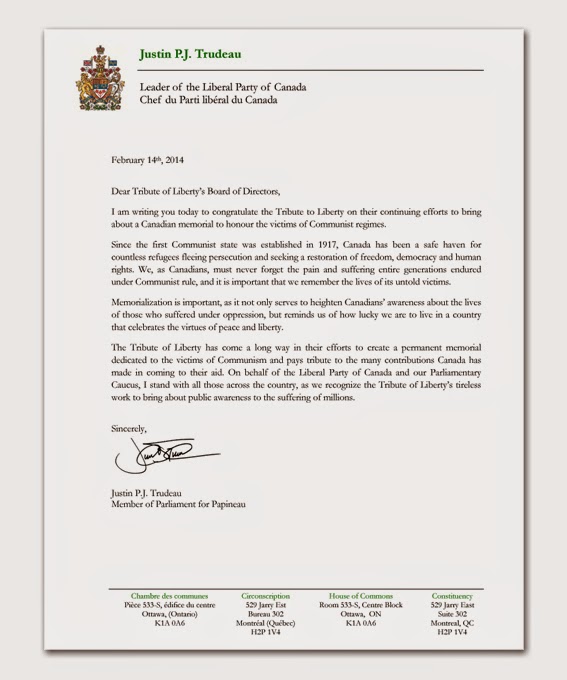 Posted by Michael Laxer at 7:00 PM