Rabble's Karl Nerenberg is wrong: Repealing and amending Bill C-51 are not at all the same thing 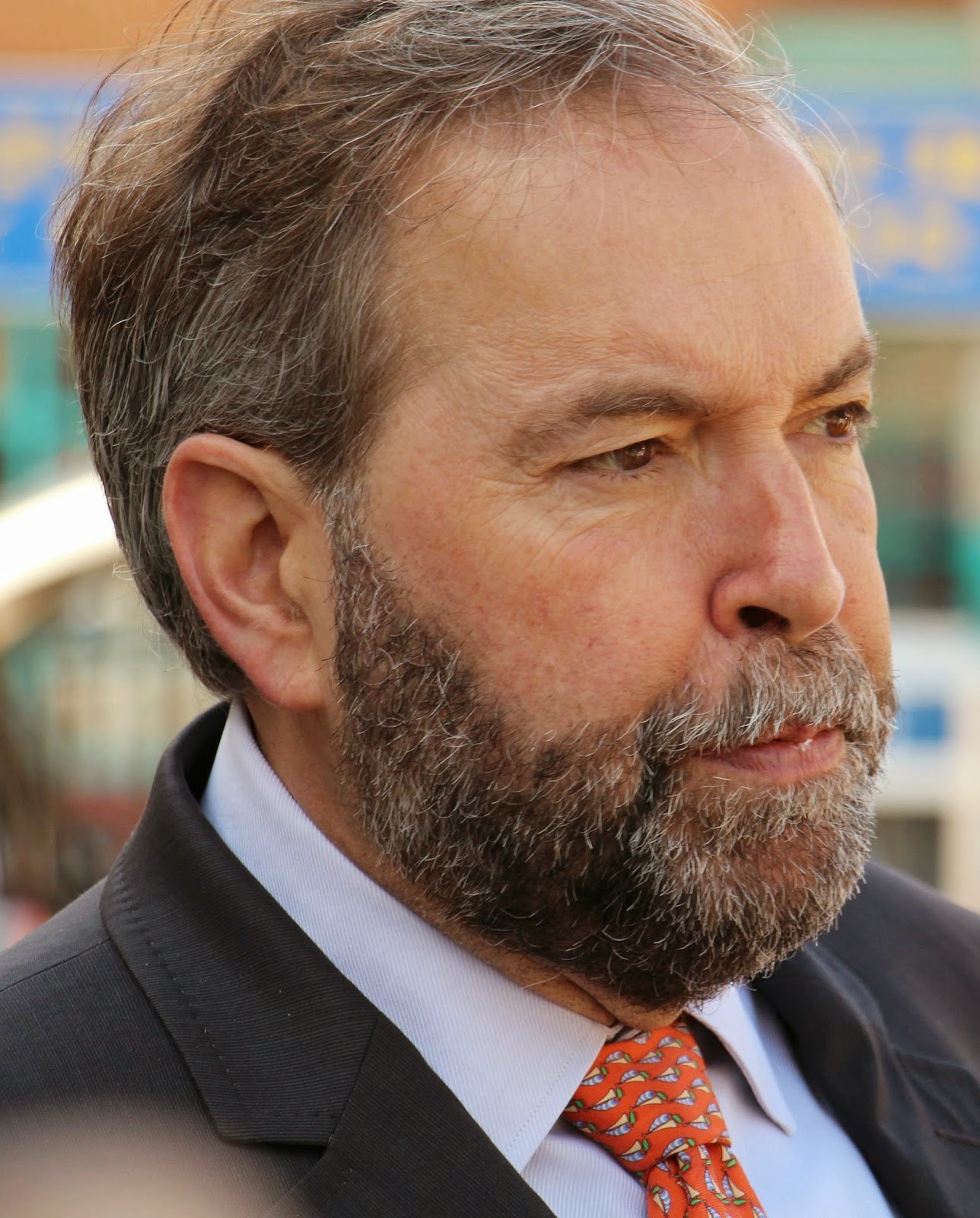 Writing on rabble.ca Karl Nerenberg makes an unconvincing case, in response to a piece I had written, that NDP Leader Tom Mulcair and his party's stance that states that they will "amend" or "change" Bill C-51 is basically the same as Elizabeth May's stance that she will "repeal" it.

This is predicated on a variety of bourgeois parliamentary technicalities that both ignore many other objections I stated to the way Mulcair is supposedly "opposing" the bill and that seeks to claim that saying that one will amend legislation is not really different from saying that one will repeal it as doing so is technically an amendment! According to this logic Mulcair's stance is, therefore, not "wobbly" (Nerenberg's word).

Parliamentarians, political parties, unions and organizations call for the repeal of legislation all the time and everyone knows that this means something different from calling for the amending of legislation. One could point to nearly endless examples of this, as anyone on the left knows.

For the benefit of those who, somehow, do not understand the difference, "repeal", according to The Free Dictionary means "to revoke or rescind, especially by the action of a legislature." Whereas "amend" means "to alter the wording of (a legal document, for example) so as to make more suitable or acceptable."

These are not the same thing. Obviously.

As rabble.ca's parliamentary reporter Nerenberg surely knows that when leaders and parties are fundamentally opposed to a specific piece of legislation they call for its repeal, as opposed to its amendment, so as to reflect the totality of this opposition.

This is why the Tories were said to have "repealed" the long-gun registry as opposed to amending it.

It is also why Justin Trudeau, in 2014, on CTV News said he would "repeal in its entirety" the Fair Elections Act. You can watch him do so in the video linked to.

Thomas Mulcair has, to date, not said this about Bill C-51. Why?

On the very pages of rabble itself Elizabeth May - who has actually taken the principled stance in the necessary firmness and language that the NDP backslides on - said "Of course, if I ever were Prime Minister, one of the first things I would do is to repeal this act."

Again, Mulcair, when directly asked on Global TV, did not say this about Bill C-51. Why not? If there is no difference between "amending" and "repealing", again, why not commit to repeal?

While I am sure Nerenberg's apologia for Mulcair will make the NDP hacks and faithful happy, and while it seems to be aimed at easing the misgivings of many progressives about Mulcair's clear equivocations and retreats, language actually matters.

Perhaps some need a reminder that, in the real world, calling for the repeal of legislation and calling for amendments to legislation are not, in fact, the same thing and it is completely ludicrous and bizarre to claim otherwise.

Posted by Michael Laxer at 8:27 AM