Hack Attack: Online "progressive" idiocy in the era of neo-liberalism 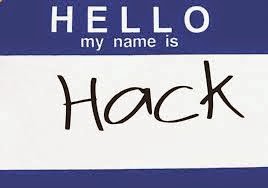 In recent days I have, after at first praising him for saying he would oppose Bill C-51, written a number of critical pieces asking if, in fact, Tom Mulcair's opposition to the bill is as comprehensive and serious as his defenders would have us believe.

My criticisms of Mulcair, in this or in any other case, may or may not be correct. They are, as with basically all of my political pieces, opinion pieces that, while I feel do attempt to and do show they are supported by the evidence, are an opinion! I certainly have no monopoly on the truth and those who disagree with my positions should do so and frequently do do so.

There is one type of "critic", however, who has always been present but who, especially with the explosion of social media and the online comment phenomenon, is raising their ugly head more-and-more often - the online party hack.

Anyone involved in politics or political commentary online has encountered them. They are the rabid, angry, often very insulting people who show up in comment threads or on twitter to defend the party they belong to in any and all instances.

In the case of the pieces related to the NDP and Bill C-51, as a single small personal example, when I wrote the piece praising Mulcair, Liberals and Greens attacked me as a "Dipper" or said it ignored the fact that Elizabeth May had taken a strong stand first (it didn't). When I then critiqued what I see as Mulcair's backtracking, NDPers showed up to say I was "helping Harper", was a Green or a Liberal apologist and much worse (we have a history!).

In the case of Liberals and New Democrats the comments also often insisted that their party was the "only progressive" party that could "defeat Harper". For reasons I have outlined elsewhere, claiming this is beyond silly and is intellectually dishonest for either group.

New Democrats usually also like to throw in a claim that the Liberals are "the same" as Harper or are "Harper Lite"; a claim that, whatever its veracity, is humorous when tossed out by the hacks given the very long history of active parliamentary cooperation between the two parties in the recent modern era (two obvious examples being the Layton-Dion coalition agreement and the support of two Liberal austerity budgets in Ontario by the ONDP that kept the Liberal minority provincial government there in power until last year's election) and the near certainty that if the 2015 election results in a minority situation that they will formally or informally work together to keep Harper out. (An excellent piece on the Liberals recently talks about how this situation is likely to unfold depending on whether it is the Liberals or Tories who have more seats in a minority context.)

Many frame this as if any type of criticism of the NDP is "not helpful" and is aiding in derailing the New Jerusalem! One, refreshingly not abusive, comment recently, as an example,  read "Do you want another four years of Harper or Harper lite? Or do you want real change in Canada? Because if you want real change, then get donating and volunteering for the NDP."

While stirring to the person who put it up no doubt, this is nothing more than a de facto political ad as opposed to a meaningful counterpoint! As a leftist, activist and political commentator it is not my "job" or function to be "helpful" to an extremely well paid political leader like Mulcair who wants to become Prime Minister. It is, actually, the opposite. Leftists should always, in my opinion, be seeking to hold those with power and in leadership roles to account, including. and perhaps especially, those who are perceived to be or who claim to be on the left.

Much of this ludicrous partisan idiocy stems from the terribly counter-productive and false notion, strongly held by many leftists, that a party member or supporter needs to rally around or defend their party in this black-and-white way to show unity, aid the party's electoral ambitions (which is why the hacks are especially vitriolic when an election is nearing or happening) and out of some bizarre sense of solidarity with their "leadership".

The old and nonsensical line that leaders of parties, unions, left organizations, and so on, use that we owe it to them to lend them this solidarity and to express uncritical unity publicly is fundamentally bankrupt and accepting and practicing it explains in large part how we have gotten to a point of so little internal democracy and critical thought within much of these formations.

As I have noted elsewhere, we do not owe our "leaders" solidarity at all. They owe us their solidarity.

It is easy to get why MPs and MPPs are total "my leader and party right-or-wrong" hacks. They get paid incredibly well to stand up and salute when their leader says to and caucus discipline and campaign management these days pretty much forces them. And I get why employees of parties do this. They have little choice.

But I am mystified at the countless unpaid party partisans out there who buy into the obvious idiocy that the party or leader they support is always, or virtually always, right and go through endless mindless "intellectual" contortions to find ways to say this essentially every chance they can no matter the context. I see it in all of the three major "progressive" parties, though sadly especially angrily from New Democrats.

It is stunning that these keyboard warrior partisans cannot see how much this online behaviour, which is usually reductionist, simplistic and expressed in insulting ways. both looks exactly like what it is and alienates further those at whom it is directed.

Anyone who actually feels that the party and leader they support is always right is, frankly, delusional. As this is obviously not literally the case for most of them, I can only think that their willful Orwellian double-think is done as they suppose it serves a greater good.

It does not. Uncritical support for any party  enables and facilitates the very worst in our stunted political culture, it emboldens the centralization of power in the hands of the leader and their clique, it comes off as idiotic to any objective observer, and it actually hurts their own party by doing all of this in a very, very public way.

Give it up and think and speak critically. Any chance at a meaningful political discourse depends on it.
Posted by Michael Laxer at 8:54 PM