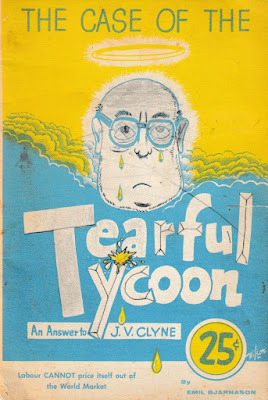 This leaflet is interesting in today's context as it provides yet more historical backdrop where huge corporations and their CEOs claimed that the economy was being hurt due to wage increases and that these increases were driving price increases and inflation. While some aspects of the analysis would today be revised by the change  in the nature of global capitalism as well as the nature of trade under neo-liberalism, the author very effectively demolishes the notion that wage increases drove price increases from the end of WWII until 1961.

(For more readings on how the corporate and right wing line on wages and minimum wages is predicated on myths, distortions and nonsense see Ten myth-busting articles about the minimum wage in Ontario and Have minimum wage increases in Ontario demonstrably driven up inflation? No.)

He also very humorously juxtaposes the "sky is falling" anti-wage rhetoric from various annual reports of the MacMillan lumber company with numbers showing the massive corresponding increases in their sales and profits over the same time.

Notable as well is his historical use of quotes such as "Men must be contented to work for less wages. In this way the workingmen will be nearer to that station in life to which it has pleased God to call them" to show that anti-wage increase, anti-worker propaganda and rubbish is one of the oldest plays in the capitalist book.

He really hits the nail on the head when he notes "It required no stimulus of wage increases to boost the price of lumber and paper. It required nothing, except the greed of lumber operators". This can be applied to so many sectors of the economy at so many such junctions in Canadian labour history.

The author was Emil Bjarnason, a lifelong British Columbia communist, trade union activist and researcher. You can read his obituary from 2006 in the Vancouver Sun.

While not directly related to the content of the leaflet note that someone has written "1970-will start to build communism" on the back cover! Sadly, this did not happen, but here is hoping we get started soon enough. 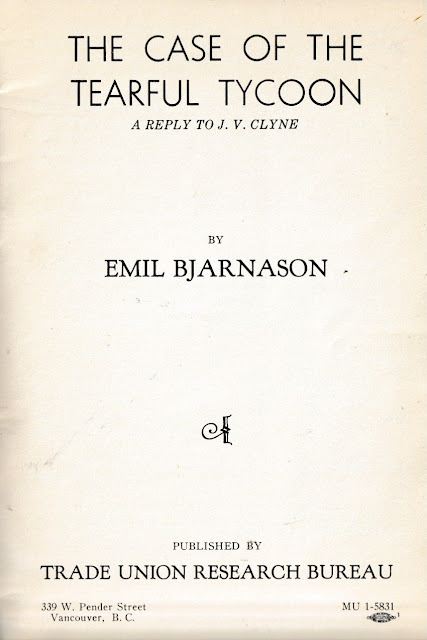 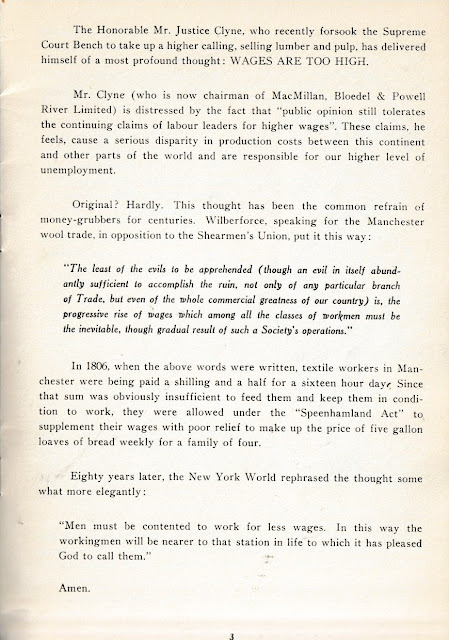 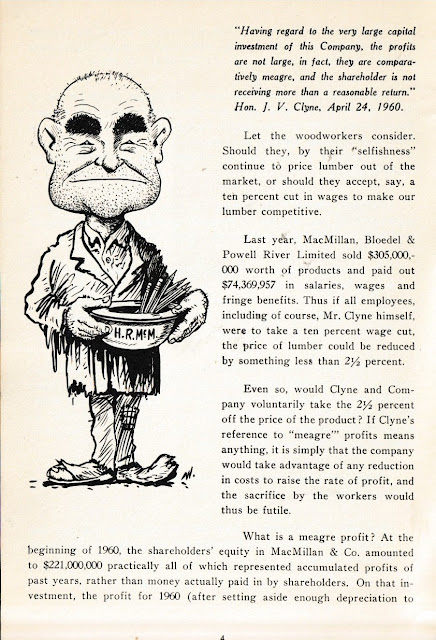 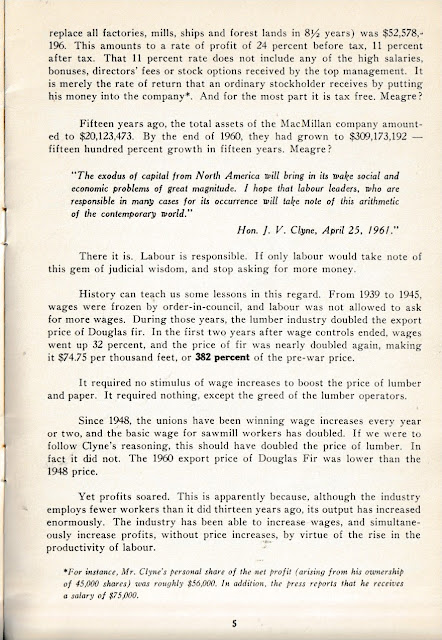 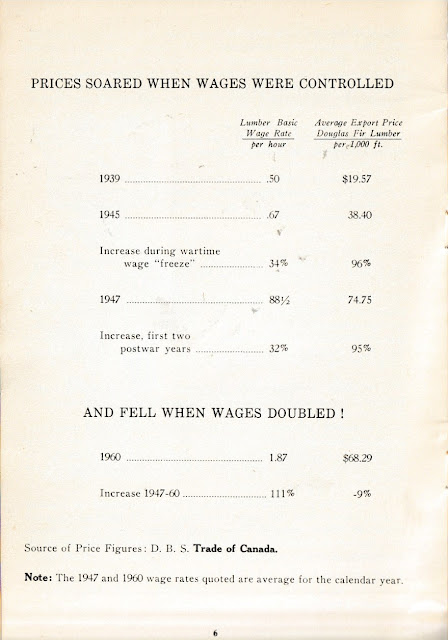 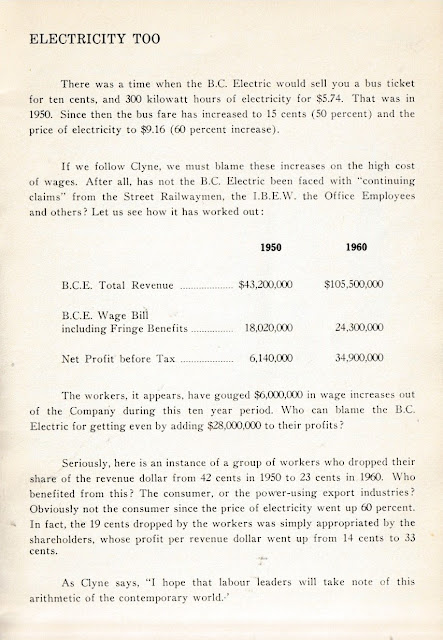 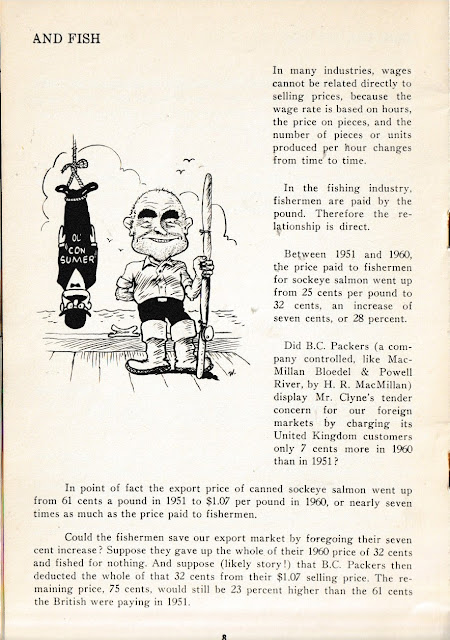 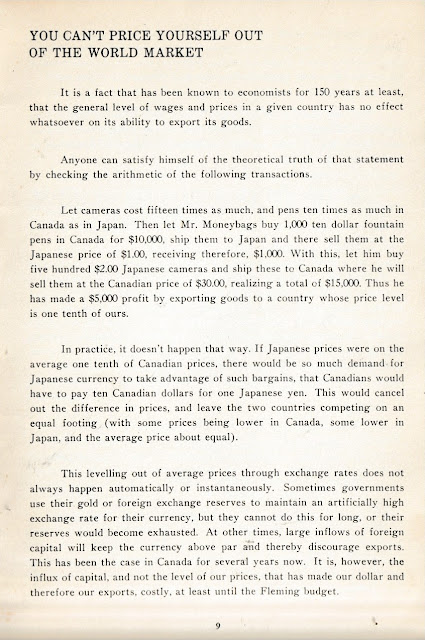 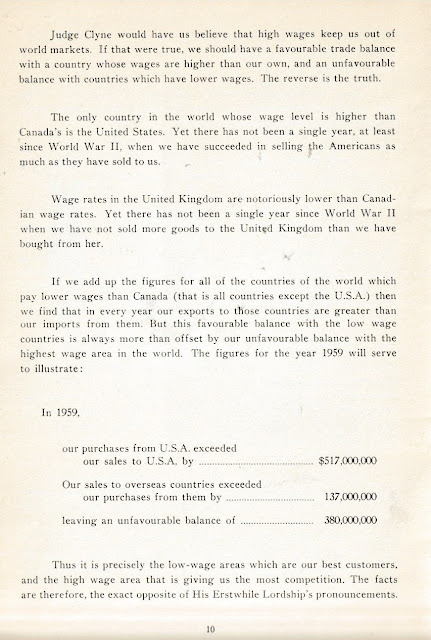 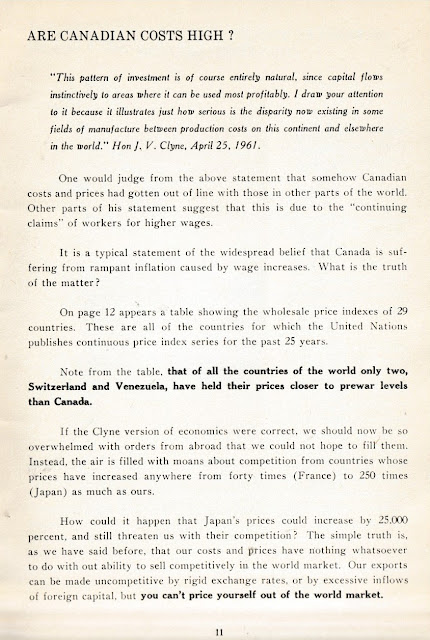 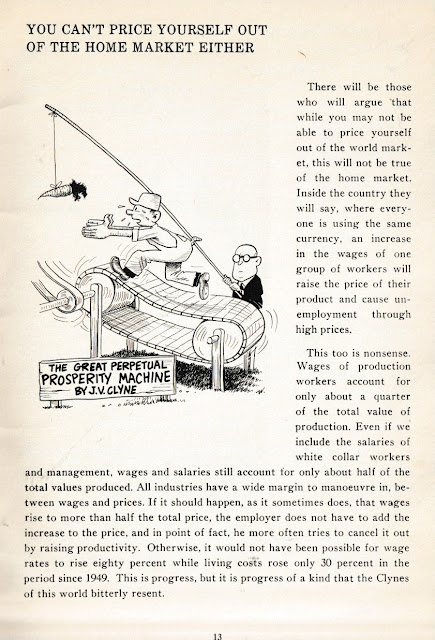 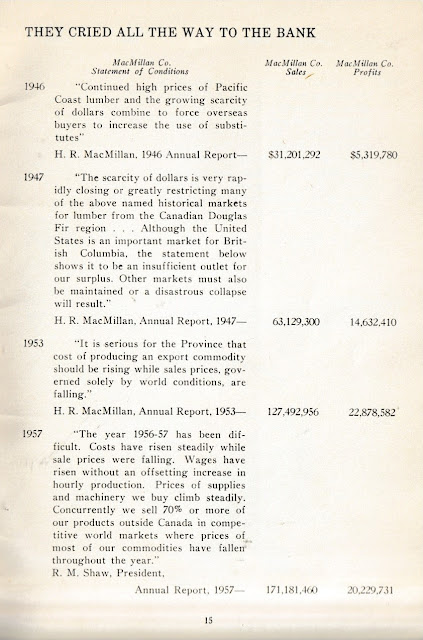 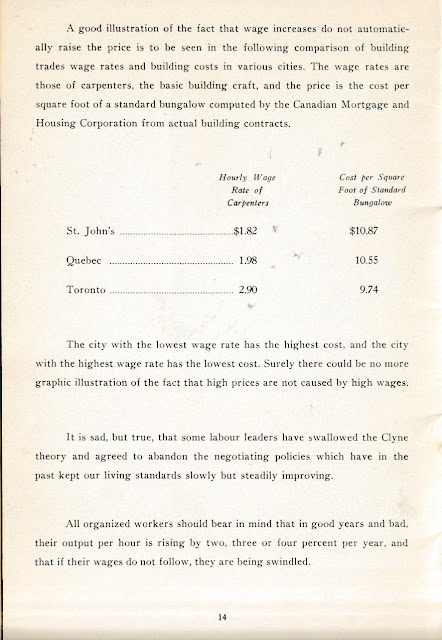 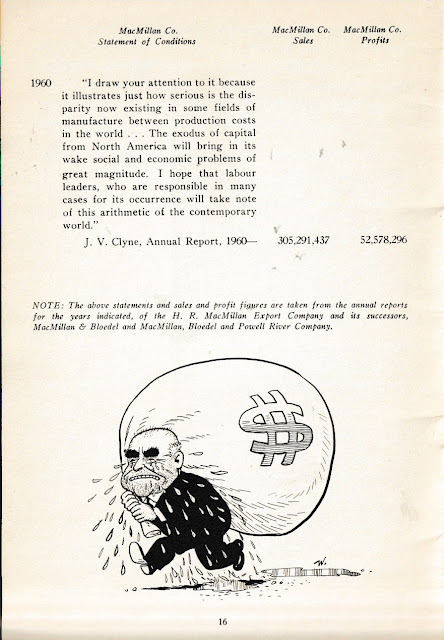 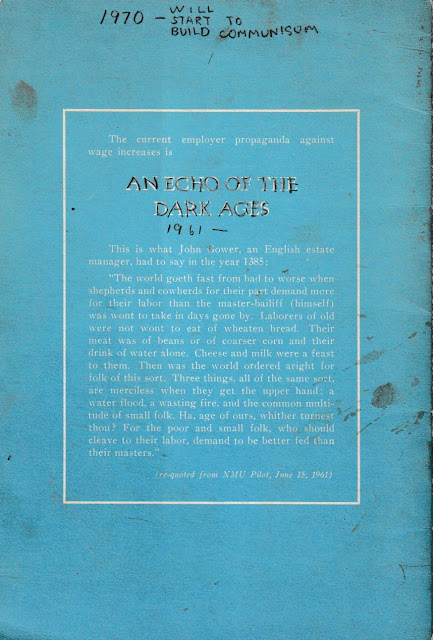 
If you have any public, vintage leaflets or booklets you would like to contribute to this project please contact us via theleftchapter@outlook.com
Posted by Michael Laxer at 3:07 PM