Justice For Colten -- Rallies and reaction to the verdict 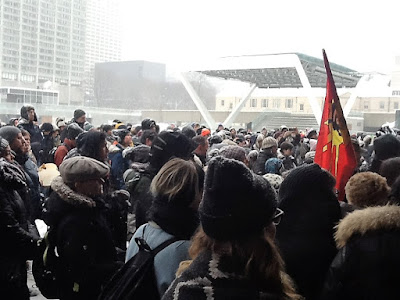 Hundreds of people gathered at Nathan Phillips Square today in Toronto the midst of a snow storm to express their outrage, anger and sorrow at the terrible miscarriage of justice last night that led to the acquittal of Gerald Stanley in the killing of Colten Boushie. There were other gatherings across the country.

While, as many of the speakers at the rally noted, the verdict should perhaps not be a shock given our country's foundational history of racism and colonialism, it still requires our outrage and our action. So much more remains to be done so that this never happens again. 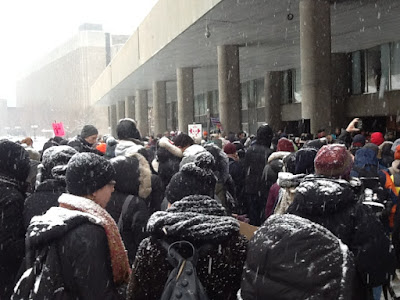 There were speakers from the indigenous community, Idle No More, Black Lives Matter Toronto, No One is Illegal and other groups.

The Black Lives Matter representative noted of Stanley that:

He is part of a widespread, state-sanctioned white supremacy that has facilitated the murder of Indigenous and Black people at alarming rates across this north part of Turtle Island. He is not an exception, he is not a bad apple, he is not a lone shooter. He is part of a system. A system set on our destruction and annihilation. And this is why he was acquitted.

Another speaker noted that "If Canadians want to walk around and say they’re not racist, they have to be anti-racist." 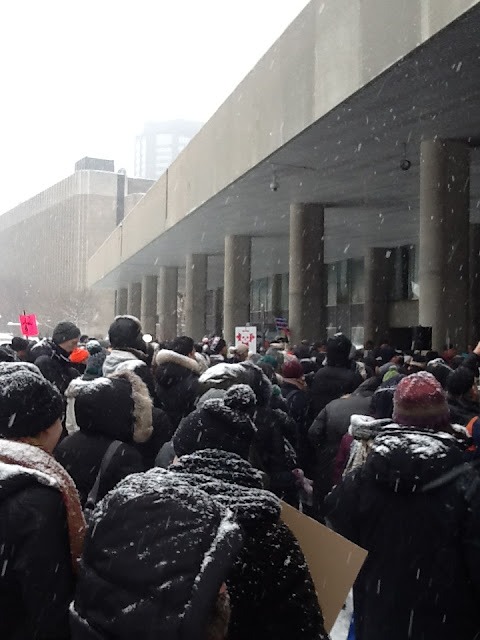 We didn't need any "stand your ground" laws for this shameful verdict, we just needed our long tradition of Canadian racism and colonialism. It is our Trayvon Martin moment as a country that shows the bankruptcy of the idea that this is a more inclusive, less racist place than the United States.

It is the same tradition that sees politicians from the right to the "left" run roughshod over indigenous rights and lands with dams, pipelines and endless brutality. 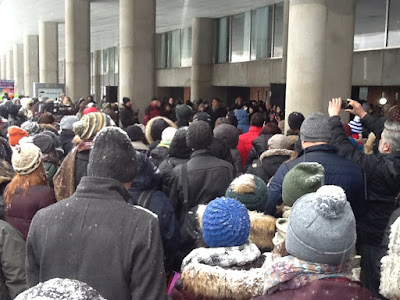 Consider that even so-called social democratic politicians like John Horgan in BC would say "There has been over 150 years of disappointment in British Columbia. I'm not the first to stand before you and disappoint Indigenous people" while approving the Site C travesty.

Or how Rachel Notley totally ignores the interests and wishes of BC First Nations in her pandering to oil interests in hopes of getting re-elected despite the moral or environmental costs.

There can be no more excuses for this colonialist mentality. 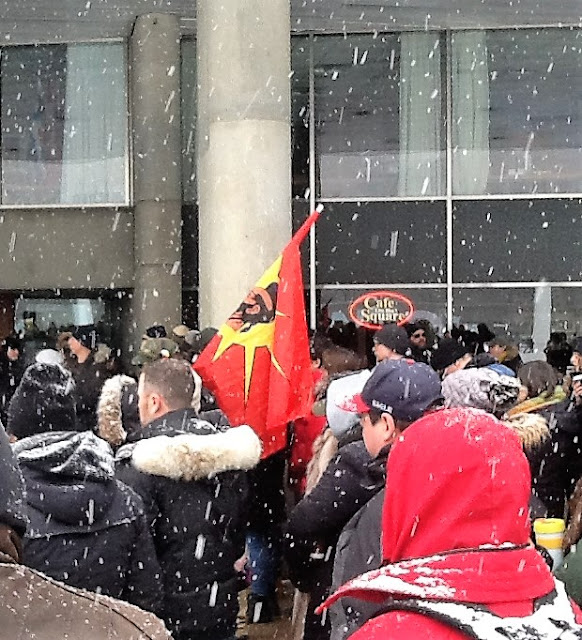 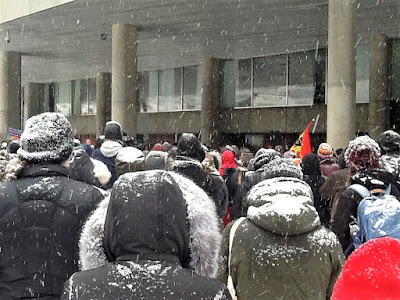 "What's the point of trying to talk about hope, relationships, and changing 150 years of violence when the violence just continues? I don't have any hope tonight.

"And on a personal level, I don't know how I can speak and try to give others hope that there's a future when I see a decision like this." 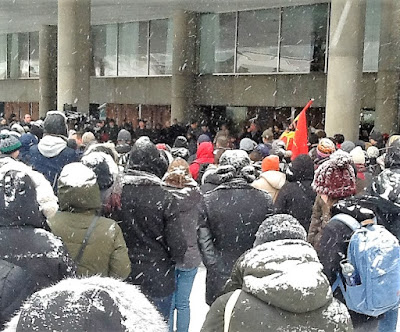 "Put all this together, and you have a picture that for First Nations people in rural Canada is beyond discouraging: it’s downright frightening. An all-white jury believed Stanley’s side of the story, a narrative filled with holes, contradictions and details that were deemed outright impossible by experts on the stand. More than acquitting him of second-degree murder, the all-white jury decided, too, that Stanley was not guilty of manslaughter; that he was not culpable in any way in the death of Boushie; that he did not intentionally point his gun at him—this despite Chief Justice Martel Popescul stressing before deliberations that extreme recklessness is grounds for a finding of murder. The all-white jury’s acquittal implies that Stanley was justified in killing Boushie.
Is this an outcome Canadians accept?" -  Kyle Edwards, Maclean's 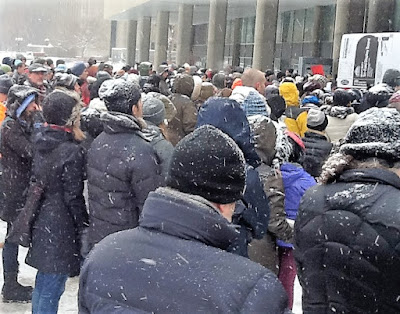 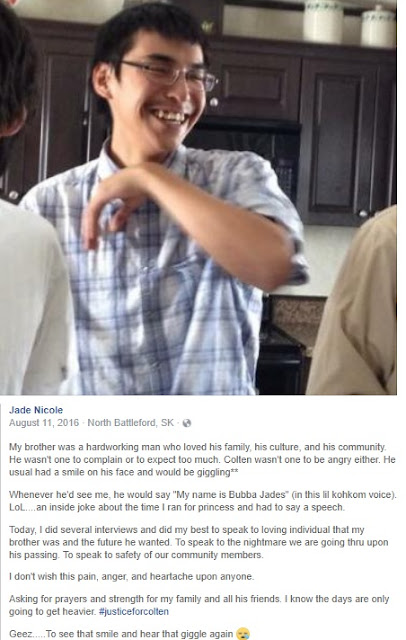 Posted by Michael Laxer at 5:19 PM