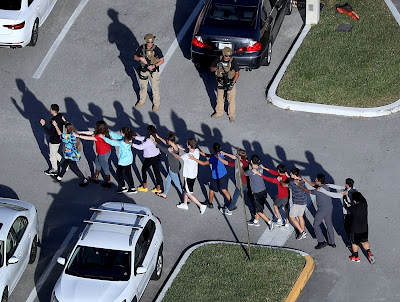 This list covers the week of  February 11 - 18. It is generally in order of the date of the article's release.

This installment has two entries from before the period. They have been integrated into the post.

1) Exploited: Inside the Dark World of Child Trafficking (6 articles to date)

More than 1 million children, according to the International Labour Organization, are exploited each year in the commercial sex trade. IndyStar columnist Tim Swarens, with the support of a Society of Professional Journalists fellowship, spent more than a year investigating a lucrative trade where children are abused at low risk to buyers or traffickers.

2) Greece is playing a dangerous game in the Middle East

Ramzy Baroud believes that the country’s growing alliance with Israel is not only a betrayal of the Palestinian cause but also spells new dangers for the whole region.

3) The prostitution claims surrounding Oxfam don’t surprise me. I’ve seen it all before with charities across the world – and the UN

Just when I thought my opinion of pro-prostitution lobbyists could not get any lower, I see a tweet by one about the Oxfam scandal: “Buying sex from professionals is not sexual misconduct and women in Haiti may well have been glad to get the sex work. I hate prissy Establishment fiddle-faddle implying ‘development’ workers are ethical puritans or saints.”

The fallout from Friday night's not guilty verdict in the Gerald Stanley trial is emboldening racism, say Indigenous people who say they have seen and felt the effects of threatening behaviour.

5) 'Clearing the plains' continues with the acquittal of Gerald Stanley

The decision by an all-white jury, presided over by a white judge, to acquit the killer of Colten Boushie, a young Indigenous man from the Red Pheasant Cree Nation in Saskatchewan, is a severe test of the settler-based Canadian legal system.

6) Cases like Colten Boushie's are handled unjustly, and there's nothing wrong with saying that

Juries will always bring their biases, racial and otherwise, to the deliberation room. We need to let Indigenous people bring theirs.

What can the events surrounding Colten Boushie’s death, the trial verdict and its media coverage tell us about the role of journalism and journalists in relation to Indigenous concerns in Canada? All too much.

9) Justice Minister: Israel Must Keep Jewish Majority Even at the Expense of Human Rights

Justice Minister Ayelet Shaked said Monday that if not for the fence erected some years ago on the Egyptian border, “We would be seeing here a kind of creeping conquest from Africa.” The fence effectively stopped asylum-seekers from Sudan and Eritrea from entering the country.

As Republicans begin heaping “thoughts and prayers” on the families of the 17-plus people killed in Wednesday’s deadly shooting at a high school outside Ft. Lauderdale, Florida, a writer for Jimmy Kimmel Live! made sure to note how much each had taken from the National Rifle Association.

Early on Wednesday afternoon, Marjory Stoneman Douglas High School, in Parkland, Florida, had a fire drill, an eleventh-grader named Gabriella Figueroa told MSNBC’s Brian Williams. “Then we heard gunshots,” Figueroa said. “Then it went to code red. And then it was crazy.”

13) This is America: 9 out of 10 public schools now hold mass shooting drills for students

"Are you kids good at running and screaming?" a police officer asks a class of elementary school kids in Akron, Ohio.

14) 'We are going to be the last school shooting': Student survivors at Florida rally call for gun law changes

Tearful student survivors of Wednesday's shooting at Marjory Stoneman Douglas High School in Parkland, Fla., were among speakers at an emotionally charged gun control rally Saturday outside a courthouse some 40 kilometres from where 17 people were killed.

Emma Gonzalez issued a powerful cry at a Florida rally on gun violence, directly calling out Trump, the GOP, and the NRA for enabling the murder of children.

Read the full article/see the video.

16) Another Mass Shooting. Another Case in Which Signs of White Violence Didn’t Raise Alarms.

IT WAS TRUE for Dylann Roof in Charleston. It was true about for any number of violent white men in Charlottesville. And it was true for Nikolas Cruz in Parkland, Florida.

The Internet’s incels long ago adopted Isla Vista killer Elliot Rodger, the maladjusted twentysomething who murdered six in cold blood as a kind of revenge for his “involuntary celibacy,” as a patron saint of sorts.

18) What Kind of Leader Is Patrick Brown?

Patrick brown still doesn’t get it. The former Ontario Progressive Conservative leader came forward this week to refute the explosive sexual-misconduct allegations that torpedoed his position as presumptive premier of the province. (The provincial election is in June.) In an exclusive Postmedia interview published on Saturday, he called the claims “absolute lies” and said that the situation was “an execution before the trial. It’s frontier justice.” This was followed by a Facebook post on Sunday morning, in which he wrote that “no words can describe the hurt and pain suffered by me and my family.” And that in turn was followed by another Facebook post on Wednesday, in which he added, “Here is my message to my accusers-both of them. If you truly stand by your allegations, then I urge you to contact Barrie Police and have them lay charges.…These types of allegations should be dealt with in a proper and fair forum.” Thursday, he announced that he was suing CTV, which originally published the allegations. (In another turn of events, Brown is now denying a separate report that he hadn’t, actually, resigned as leader; developments continue to unfold rapidly.)

19) Patrick Brown enters the race for his old job, hours after the PC caucus turfed him

Ousted former Progressive Conservative leader Patrick Brown is running again for the right to battle Premier Kathleen Wynne in the June 7 election — even though he has been banished from the Tory caucus at Queen’s Park.

The two women who accused former Progressive Conservative leader Patrick Brown of sexual misconduct are not backing down despite a concerted effort to refute their allegations and discredit them publicly with the help of a hired private investigator.

21) 7 Disturbing Facts About the Fraser Institute

Most Canadians have heard of the Fraser Institute, the British Columbia-based “think tank”. Its reports and “studies” are often covered in the mainstream media as independent and objective.

22) Canada vs. Venezuela: Have the Koch Brothers Captured Canada’s Left?

With a U.S.-backed military coup or invasion in Venezuela looking ever more likely, Canada’s progressive leftists are pushing for the federal New Democratic Party (NDP) to abandon its “reactionary” foreign policy position on that country. As well, at the annual NDP convention (February 15 – 18), the NDP Socialist Caucus will present a motion requesting the removal of NDP Foreign Affairs Critic Helene Laverdiere from that role.

23) Has It Become NDP Policy to Support US-backed Coups in Latin America?

The foreign policy critic for Canada's New Democratic Party (NDP), Hélène Laverdière, has certainly remained silent regarding US leaders musing about a military coup or invasion of Venezuela and has openly supported asphyxiating the left-wing government through other means.

Independent Jewish Voice Canada is frustrated by anti-democratic steps taken by the NDP establishment to block a strong resolution supporting Palestinian rights from reaching the convention floor for debate. Instead, a much weaker resolution, which reflects the existing position the party has taken on Israel-Palestine, will be debated.

25) REBECCA SOLNIT ON THE #METOO BACKLASH

This thing has gone too far. It has terrified people, driven them out of their workplaces and even professions, made them afraid to speak up and punished them for speaking. This thing, by which I mean misogyny and violence against women (and girls, and men, and boys, and even babies, but I’m going to skip the horrific baby story that was reported last week). The #MeToo upheaval is an attempt to address something old and deep and very destructive, and if you’ve forgotten how serious it is let’s take a visit to my favorite radical-feminist data center, the Department of Justice’s Bureau of Justice Statistics. There you can learn that there were an estimated 323,450 rapes or sexual assaults in 2016, as well as 1,109,610 reported incidents of domestic violence. Less than a quarter of those rapes are reported to police; slightly over half of the domestic violence incidents are.

What is it about capitalism that makes Keynesianism a horizon even would-be revolutionaries have trouble seeing past?

Just when you thought Ontario’s Progressive Conservatives had hit rock bottom, the Tories still find a way to dig themselves into a deeper hole.

28) Elon Musk is Not the Future

Silicon Valley has no shortage of big ideas for transportation. In their vision of the future, we’ll hail driverless pods to go short distances — we may even be whisked into a network of underground tunnels that will supposedly get us to our destinations more quickly — and for intercity travel, we’ll switch to pods in vacuum tubes that will shoot us to our destination at 760 miles (1,220 km) per hour.

29) WHILE THE MEDIA PANICKED ABOUT CAMPUS LEFTISTS, THE FAR RIGHT SURGED

IF A READER were to judge from popular media accounts, the biggest threat to university life and public discourse would be obvious: the left-wing students on campus fighting various forms of bigotry and other injustices. From liberal broadsheets to Breitbart.com, commentators have taken up a strawman debate — largely shaped by the far right — about campus free speech. Tactics like “no-platforming” and physically confronting neo-Nazis have come under the liberal microscope; the ethics questioned, the proponents decried as the real fascistic force on campus.

31) Paying for sex is always an abuse of power

Kate Allen, the UK director of Amnesty International, was “shocked” by the Oxfam scandal, she told Woman’s Hour. She demanded an inquiry; for “lessons to be learnt”. I’d hoped Jenni Murray would follow through with a question: so what is Amnesty’s view on aid workers in poor countries paying women for sex? But she didn’t ask it, so I did.