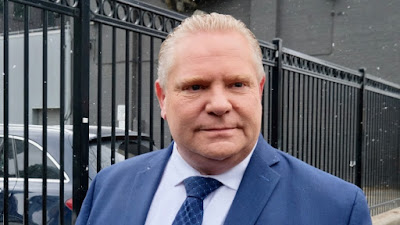 This list covers the week of  March 11 - 18. It is generally in order of the date of the article's release.

This installment has several entries from before the period. They have been integrated into the post.

1) Make catcalling a hate crime? First get current laws to work for women

With her call this week for the criminalisation of catcalling and other types of public sexist abuse, the Labour MP Melanie Onn has reopened the debate about how best to deal with the everyday harassment experienced by women and girls.

2) We need to talk about sexual assault in marriage

Eight years into our marriage, sitting in a therapist’s office with my husband, I mustered all my courage and said my deepest, darkest truth: “When we have sex, I feel like I’m being violated.” The unwanted sex at times made me sick: Once I had to run straight from bed to the bathroom, where I retched into the toilet. I spared him and the therapist that detail.

If you could condense Star Trek into one core principle, you’d probably choose “to boldly go,” the grand quest that has been the mandate of all Star Trek TV shows—except one. Riding the warp-trail of the groundbreaking Next Generation, Deep Space Nine first premiered 25 years ago, and the new show chose not to boldly go, but to boldly stay, with the story focusing on life aboard a space station. For many fans this seemed far too static, and the show faced a lot of criticism during its time on air. Yet Deep Space Nine only becomes more relevant as the years go by, as the series had a lot to say about the complacency of utopia—and there are many lessons within the show’s seven seasons that we still desperately need to learn, especially if we’re ever going to seek out new life among the stars.

Brian Doucet, The Globe and Mail

More than one pedestrian a week has been killed on Toronto's streets this year. Toronto's leaders have responded to this crisis with pathetic and counterproductive ideas that placate drivers and their precious road spaces.

5) China’s War on Pollution Will Change the World

China is cracking down on pollution like never before, with new green policies so hard-hitting and extensive they can be felt across the world, transforming everything from electric vehicle demand to commodities markets.

A sea of hammer and sickles and red flags swept the Indian state of Maharastra, as Indian farmers protested neoliberal policies and demanded agrarian reform.

7) Doug Ford drags the Ontario PCs further into the abyss

It was no surprise that the most dramatic six weeks in the history of Ontario politics would end with even more drama.  Doug Ford’s narrow victory at a convention where nothing went right was a fitting finale to the train wreck that has ensued since the Ontario Progressive Conservative executive, in its wisdom, decided that a quickie leadership race was just what the party needed.

Doug Ford, Ontario’s new Conservative leader, has announced his plan for the minimum wage — and it’s not good news for workers.

Sheila Block, Behind the Numbers

In the lead up to the June 7th election in Ontario, the minimum wage continues to be a hot button issue.

Progressive Conservative leader Doug Ford calls the Liberal and NDP pledge to increase rates to $15 an hour by 2019 a tax grab. According to economist Sheila Block, the move would mean an extra $1,465 in the pockets of the working poor.

The leader of the Ontario Progressive Conservative Party is promising to move the Ring of Fire mining project forward immediately if elected.

12) 'A Wrinkle in Time' isn't a film for critics. It's Ava DuVernay's love letter to black girls.

It was never going to be an easy task for acclaimed filmmaker Ava DuVernay to bring “A Wrinkle in Time” to the big screen; with 26 rejections, author Madeleine L’Engle had a tumultuous journey to get her story published at all. The acclaimed children’s book tells the story of teenager Meg Murry (portrayed now by Storm Reid) as she grapples with the pitfalls of adolescence while coming to terms with the disappearance of her physicist father, Dr. Alex Murry (portrayed by Chris Pine). Though L’Engle‘s story seems straightforward on the surface, Meg’s journey to find her father is full of intrigue, theoretical physics, science fiction and an earnest nod toward love and light.

In this op-ed, Nahanni Fontaine, longtime advocate for Missing and Murdered Indigenous Women and Girls (MMIWG) and New Democratic Party Member of Legislative Assembly for St. Johns, explains how the death of 15-year-old Tina Fontaine mobilized a movement, despite no justice from the courts.

An investigation into the deaths of children living in residential care, including seven Indigenous children, has found potential criminality according to Ontario’s chief coroner.

The chief councillor of the Huu-ay-aht Nation on Vancouver Island says the number of children in his nation being taken into provincial care has reached a crisis level.

16) Instead of being in jail, Haspel is CIA director

The new CIA director, Gina Haspel, is a torturer. Her office skill set includes overseeing torture and taunting victims as they lie gasping and near death. President Trump is revving up Big Torture again.

Toronto’s homeless death crisis is the sort of social catastrophe the Ontario NDP was created to fight. Yet, the current party is offering little in the way of solutions.

19) By Glorifying Churchill, Britain Is Committing New Crimes Against India

In a post-Brexit cultural crisis, Britain is using cinema to glorify its past, even when that means glorifying a racist, evil man who let millions of Indians die.

20) Sorry Alberta, BC Will Not Pay for Your Bungling

Last month Suncor announced it was eliminating 400 bitumen-mining jobs by purchasing self-driving ore trucks. This is only the latest indignity (or “efficiency” as industry calls it) for a sector that produces more carbon and less and less employment and public revenue.

An injured steel worker fired for taking a side job in exchange for food, after his employer didn’t pay him and he couldn’t afford to eat.

23) When men remind feminists that grooming is worse than groping, they reveal their complicity

Andrew Neil and Piers Morgan berate women for calling out sexism that they see as minor. But what have they ever done for women’s refuges or FGM victims?

March 19 marks 15 years since the U.S.-U.K invasion of Iraq in 2003, and the American people have no idea of the enormity of the calamity the invasion unleashed. The U.S. military has refused to keep a tally of Iraqi deaths. General Tommy Franks, the man in charge of the initial invasion, bluntly told reporters, “We don’t do body counts.” One survey found that most Americans thought Iraqi deaths were in the tens of thousands. But our calculations, using the best information available, show a catastrophic estimate of 2.4 million Iraqi deaths since the 2003 invasion.

25) On 10th Anniversary of Wall Street Crash, Democrats Help GOP Set Stage for Next One

Democrats had the power to stop a massive big bank giveaway from passing the Senate Wednesday night, but instead they decided—with a "green light" from Senate Minority Leader Chuck Schumer (D-N.Y)—to hand the GOP more than enough votes to ram the deregulatory bill through instead, commemorating the tenth anniversary of the 2008 financial crisis by significantly increasing the risk of another one.

26) Canada on wrong side of Venezuelan conflict

What’s going on in Venezuela is a bitter class war, with millions of poor people committed to defending a revolution carried out in their name, and Canada taking the side of the wealthy, well-armed opposition.

27) The truth behind the story engulfing Canada's Sikh politicians

So, the Trudeau India debacle just keeps on spreading, and is now engulfing Jagmeet Singh. This thing isn't over yet. Not by a long shot.

This week, the national Canadian media worked itself up into a lather over NDP Leader Jagmeet Singh's previous public appearances alongside Sikh nationalists.

29) Sikh Perspective Too Often Missing From Canadian Coverage Of Sikhs

Some veteran reporters show outright hostility, as if their 30-year-old notes have finally become topical again, and they can dust them off for one more go.

30) Jeremy Corbyn is right about Russia

Either way, I can’t help thinking that Jeremy Corbyn cuts a more convincing figure in this awful affair than either Mrs May or poor Gavin Williamson who told the Russians they should ‘just shut up’. Show how it’s done, Gavin; show how it’s done.

BBC Newsnight stunned viewers with its coverage of Jeremy Corbyn on 15 March. They are saying the BBC crossed a line by portraying the Labour leader as a “Lenin wannabe” in its coverage of his response to the Salisbury poisoning.

32) ‘Even today, after a century of feminism, we can’t fully be ourselves’

On principle, I refuse to speak badly of another woman, even if she has offended me intolerably. It’s a position that I feel obliged to take precisely because I’m well aware of the situation of women: it’s mine, I observe it in others, and I know that there is no woman who does not make an enormous, exasperating effort to get to the end of the day. Poor or affluent, ignorant or educated, beautiful or ugly, famous or unknown, married or single, working or unemployed, with children or without, rebellious or obedient, we are all deeply marked by a way of being in the world that, even when we claim it as ours, is poisoned at the root by millennia of male domination.

Amid talks of economic reforms in Cuba, the country inaugurated Mercabal, its first wholesale food market on Saturday. The move is a part of border modifications being made to the country's economy by Cuban President Raul Castro.

34) Another Salvadoran Woman Freed After Years in Jail for Stillbirth

In 1998, the Central American country passed a draconian law preventing women to abort under any circumstance, even if it was to save her own life.

Posted by Michael Laxer at 2:27 PM