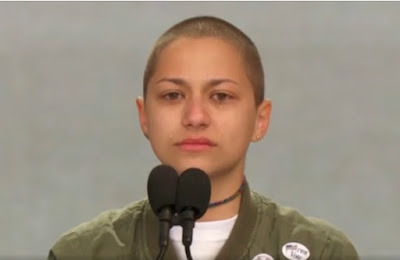 This list covers the week of  March 18 - 25. It is generally in order of the date of the article's release.


This installment has several entries from before the period. They have been integrated into the post.

1) For Women Behind The Camera, Sexual Harassment Is Part Of The Job

A HuffPost investigation found that women across crew positions experience an onslaught of lewd comments, gendered discrimination and even physical assault — and in some cases, it’s driving them out of the industry.

2) Enough mourning. We need action to end the killing of women

In Canada, a woman is killed every six days as a result of intimate partner violence. On average in Ontario, a woman is murdered by her current/former spouse or another family member approximately every 13 days. Shocking as these statistics are, by March 14 Ontario surpassed both of them. Since Jan. 1 of this year, 15 murders of women, their children and family members have been reported by media.

3) Is Trump right about free trade or is there a fair alternative?

Donald Trump’s bellicose policies, including new tariffs on steel and aluminium, have raised fears of a worldwide slide into protectionism and trade conflict. The US president’s unilateral and xenophobic approach to trade policy is reprehensible and dangerous from any perspective. But many progressives feel conflicted about Trump’s actions.


Solidarity Ottawa has launched a campaign to get Ottawa to join the more than 100 cities around the world that offer free public transit. The experience of those cities shows that eliminating fares drastically increases ridership, which leads to expanded service and improved quality of service. The jump in the number of riders also cuts down on one of the largest sources of greenhouse gases: cars.

5) FBI TRACKED AN ACTIVIST INVOLVED WITH BLACK LIVES MATTER AS THEY TRAVELLED ACROSS THE U.S., DOCUMENTS SHOW

AT THE HEIGHT of 2014’s Black Lives Matter protests in Ferguson, Missouri, FBI agents tracked the movements of an activist flying in from New York, and appear to have surveilled the homes and cars of individuals somehow tied to the protests, according to recently released documents provided to The Intercept.

US anti-war protesters will travel to Ho Chi Minh city for an exhibition that will remind people they were far from a fringe element.

Tens of thousands of people in Rio de Janeiro and other cities across Brazil have taken to the streets to mourn a murdered politician who had campaigned against police brutality.

Read the full article/watch the video.

8) Why my friend was a repository of hope and a voice for Brazil's voiceless, before her devastating assassination

One of Brazil’s most promising, charismatic and beloved political figures was brutally murdered on Wednesday night in downtown Rio de Janeiro, in what officials have concluded was a targeted political assassination. City Councilwoman Marielle Franco, 38, was killed instantly when her car was pummelled by drive-by shooters with nine bullets, four of which entered her skull. Her driver, Anderson Pedro Gomes, 39, was also killed.

Jim Stanford, The Globe and Mail

Ontarians watched with fascination as provincial Progressive Conservatives demonstrated their proficiency at counting leadership ballots. Now, voters are waiting to see if the PCs are any better at counting billions of dollars in their fiscal platform.

In response to the NDP’s campaign promise to institute universal dental care for Ontario residents if elected, the Progressive Conservatives announced their own dental plan: a single communal pair of pliers that poor people can borrow.

11) The Trump 'virus' spreads to Canada

12) Four years later, the most enduring Ford legacy is as a cautionary tale

The Ford story is not a story of personal scandal. It’s a story of bad governance. Four years later, the most enduring legacy of the Fords at city hall is not a policy or a project — it’s a cautionary tale. It’s a warning sign, urging us not to go down this road again.

"The brothers Ford are proof that with the right help, at the right time, and given the right circumstances, lots of gullible people, propelled, in part, by fear, avarice and ignorance, are susceptible to the appeal of calculating charlatans."

A bill has been introduced in the Ohio state House of Representatives that would ban all abortions in the state.

The Forward, Haaretz and Haley Cohen

When it comes to talking about sexual exploitation, what you say and how you say it can really matter to the people who have been exploited.

Ontario's NDP has unveiled the details of its $1.2-billion proposal to provide dental care coverage for everyone in the province should the party form a government after the June election.

18) Trump called his sexual assault accusers ‘liars.’ He might now have to prove it in court

A Manhattan Supreme Court judge has denied a request from President Donald Trump’s personal attorneys to dismiss a defamation lawsuit filed against him by a former “Apprentice” contestant, the latest development in the many legal battles the president has faced since taking office.

19) Black men face economic disadvantages even if they start out in wealthier households, new study shows

White boys who grow up in rich households are likely to stay rich, but black boys who are also raised at the top are more likely to become poor. That's according to a new study that underscores just how big a gap African-American males face when it comes to moving up the economic ladder. Yamiche Alcindor discusses the study with co-author Raj Chetty of Stanford University.

20) Mass protests in Poland against tightening of abortion law

Thousands of people have joined protests in Warsaw and other Polish cities against the latest attempt by the conservative government to restrict access to abortion.

21) On the night he nearly died, this man resorted to leaving the ER to call 911 for help

David Doucette says he would be dead if he hadn't resorted to leaving a Halifax emergency room last July following repeated attempts to be admitted, and then called 911 in a desperate search for medical help.

Environmental groups called it a reckless abandonment of the NDP’s climate promises and Green Leader Andrew Weaver said he might withdraw his support of the minority NDP government.

23) Nobody Is Left to Save the World From Trump Now

From the outset of his presidency, to which he was elevated with barely any preparation, Donald Trump was surrounded by a protective cordon of advisers, as a child monarch might. In return for absorbing his tantrums, they would educate their unsteady charge, who would wind up, after pratfalls and drama, inflicting no more ruin on the country than a normal modern Republican president might. (Which, to be sure, is quite a bit of ruin). Somehow it seemed we might muddle through.

Stephen Harper and Andrew Scheer have associated with extremists without nearly as much media criticism as Jagmeet Singh faces now.

A 14-year-old rape victim has died during childbirth in Paraguay, where abortion is forbidden unless giving birth threatens the life of the mother.

Emma Gonzalez, a student and survivor of the Parkland, Florida, stood on stage at the March for Our Lives for 6 minutes and 20 seconds.

“Six minutes and about 20 seconds. In a little over six minutes, 17 of our friends were taken from us.” That’s how Emma Gonzalez, a senior at Marjory Stoneman Douglas High School and one of the organizers of the March for Our Lives, began her remarkable speech on Saturday afternoon at the rally in Washington, DC.

28) Photos From the March for Our Lives

Spurred into action after the shooting at Marjory Stoneman Douglas High School in Florida last month, hundreds of thousands of Americans are taking to the streets today in hundreds of coordinated protests, calling for legislators to address school safety and gun violence. More than 800 March for Our Lives events are planned across the United States and around the world. Gathered here, images from rallies overseas and across the United States.

29) Keith Ellison: The Time Has Come for Medicare-for-All and a Maximum Wage

Sarah Jaffe, In These Times

On March 9 and 10, the Congressional Progressive Caucus gathered for its strategy summit in Baltimore, Maryland. Members of the caucus and allies from left-leaning organizations and European left parties gathered to talk policy and power for the short, medium and long term. At the conference, I spoke with Democratic Rep. Keith Ellison of Minnesota about the new push for Medicare for All, how to talk about racism and economic justice, and why it might be time to think about a maximum wage.

30) U.K. Rips Into Israel Over Palestinian Teen Tamimi: 'Conviction Is Emblematic of the Conflict'

The British Foreign office has weighed in on the plea deal reached between the Israeli army and Palestinian teen Ahed Tamimi, saying the conviction and sentence were "emblematic of how the unresolved Israeli-Palestinian conflict is blighting lives of a new generation."

31) An Israeli and a Palestinian slap a soldier. Guess who's still in prison?

Minutes before an Israeli military judge signed off on Ahed Tamimi’s plea deal last week, something unexpected happened inside Israel’s Ofer Military Court. A Jewish Israeli activist rose from the back benches, approached the military prosecutor, slapped him across the face, and yelled, “who are you to judge her?”

32) Why did Ahed Tamimi accept a plea deal?

As it did with the other 300 minors in Israeli jails, the military court system - and its near 100 percent conviction rate of Palestinians, pressures underage defendants with long jail sentences and removes adult support.

Unions and supporters of the left-wing opposition in France are gathering for the latest in a series of protests against the president's new labour laws.

The public memory of 20th-century communism is a battleground. Two ideological armies stare at each other across a chasm of mistrust and misunderstanding. Even though the Cold War ended almost 30 years ago, a struggle to define the truth about the communist past has continued to rage across the United States and Europe.

Outraged over the latest police shooting of an unarmed black man, hundreds of protesters flooded the streets of Sacramento, California, on Thursday, even forcing an events center into lockdown minutes before an NBA game.

36) WHACKY RUSSIAN ASSASSINS: WHY ALL THE DRAMA?

These would be the same MI6 and CIA that told the world in 2003 that Saddam Hussein possessed weapons of mass destruction. That fabrication of evidence led to the invasion of Iraq and the resultant violent anarchy which continues to rage. That deliberate falsehood from our own allied intelligence agencies has indisputably claimed the lives of hundreds of thousands of innocent civilians.

If you are so scared, why the hell are you the police?

When a law enforcement official described a cellphone recording left by the Austin serial bomber as “the outcry of a very challenged young man,” the remark caused an outcry of its own.