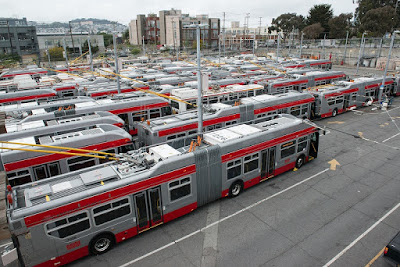 The struggle for free transit and against car culture is critically important in this era where the fight against climate change and inequality are coming so sharply into focus.

As a recent piece from The Scottish Socialist Party (republished in Canada's Socialist Project Bullet) noted, there are a number of reason free transit is an idea whose time has come. While these points reference Scotland the UK they apply more broadly and, indeed, globally:
This page offers links to articles about and resources in favour of free transit.

It is an evolving page and document, so if you have articles/links that you think should be shared here please send them to theleftchapter@outlook.com or post them in the comments.

Free transit: Three reasons it is an idea whose time has come:

On January 1, 2013, Tallinn, the capital of Estonia, became the largest city in the world to make mass transit free for its residents. While the effects of having done this are, of course, specific to the context of the city itself, it has shown that a major city can do it and that it has been widely popular with its residents. It has also focused attention on a growing international movement of groups, activists and parties who feel that free mass transit in major urban areas is an important social and environmental goal to be worked towards in the near future.


CLIMATE/JUSTICE: No Fare is Fair:


Solidarity Ottawa has launched a campaign to get Ottawa to join the more than 100 cities around the world that offer free public transit. The experience of those cities shows that eliminating fares drastically increases ridership, which leads to expanded service and improved quality of service. The jump in the number of riders also cuts down on one of the largest sources of greenhouse gases: cars.

The Case for Free Public Transport:

The Case for Free Public Transit:

Public transit is a public good. The city and the province should consider something more substantial than a little discount for selected suburban riders. Let’s get serious about investing in mobility. How about making the TTC free on Sundays? Or after 7 p.m.? Or…all the time?

The French City That Shocked Citizens By Making Transit Free

With an aging, dwindling population, and polluted air, something needed to change in Dunkirk, France. So when Patrice Vergriete became mayor of the post-industrial city by the sea in 2014, he promised to make public transportation totally free.

Free Transit and Beyond:

Epochal crises allow us to see clearly the irrationalities of capitalism, notably its systematic inability to develop to the fullest human capacities and provide the basis for sustainable and respectful relationships to the rest of nature. The current world economic crisis has thrown to the dustbin of history the aspirations and capacities of millions of human beings – those laid off, driven off the land or relegated to permanent precariousness. At the same time, the crisis has intensified the exploitation of those still connected to gainful employment and driven up, at least temporarily, the ecologically destructive extraction of ‘resources,’ particularly in the global South and the peripheral areas of the global North.

It is time for a war on the car:

If we do not change now, and if we do not take action, however hard and initially unpopular with some, the planet will ultimately force us to anyway. Then it will be too late, and making it more affordable for someone to drive, by themselves, wherever and whenever they want will seem a supremely misguided fantasy of a terribly decadent past.

The threat of climate change is immediate and real -- Ending 'car culture' is a key part of combating it:

The new page can be found here.

Posted by Michael Laxer at 6:27 PM