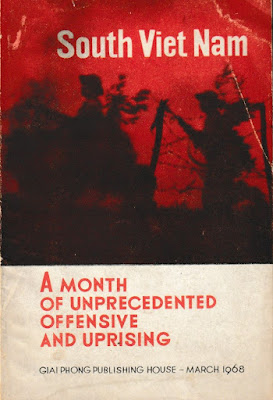 Vintage Leftist Leaflet Project
See the end of this post for details on the project.
Leaflet: South Vietnam -- A Month of Unprecedented Offensive and Uprising NFL / PLAF, March 1968 (Part II)
Published 50 years ago this month in the wake of the intial phase of the Tet Offensive during the Vietnam War, this booklet looks at these events from the perspective of the North Vietnamese and the South Vietnamese National Front for Liberation (NFL).
It presents various communiques and accounts of the offensive primarily from the NFL and the People's Liberation Armed Forces (PLAF) and their fighters.
The Tet Offensive, though nominally a tactical victory for the United States was a massive psychological and propaganda victory for the NFL, PLAF and North Vietnam.
This is the second of two parts looking at the booklet and includes maps, details of the street battles and some Western reactions at the time as well.

The first part can be found here. 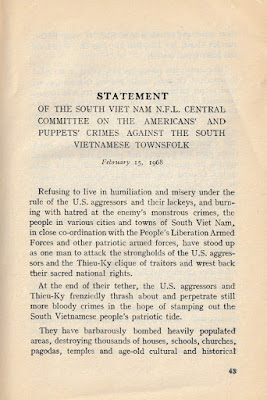 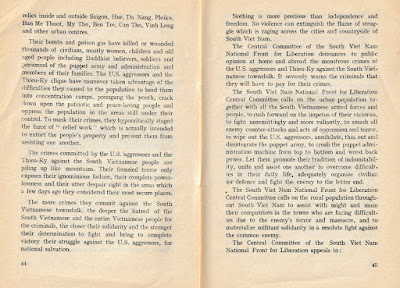 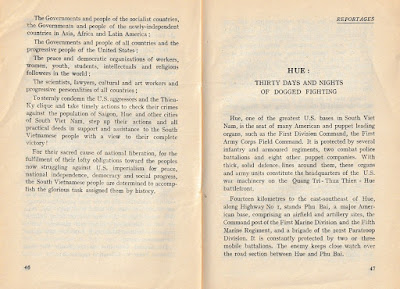 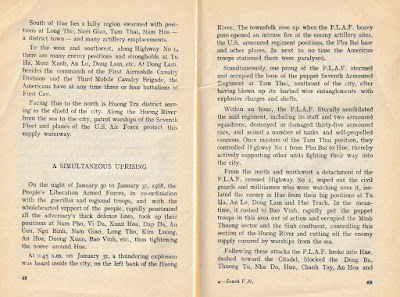 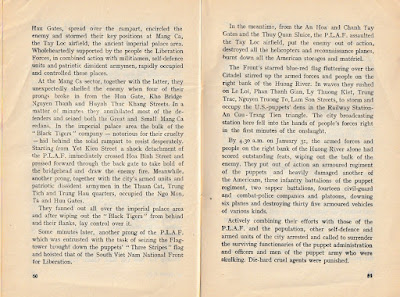 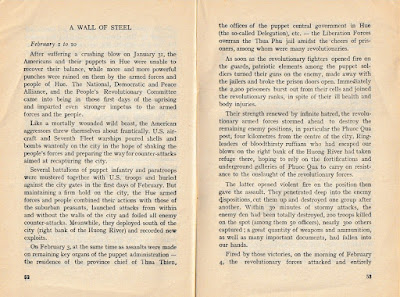 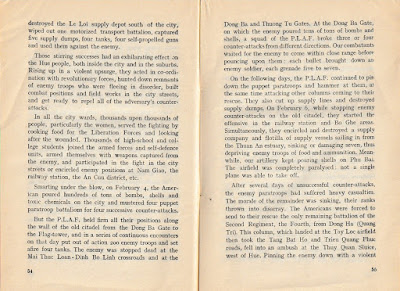 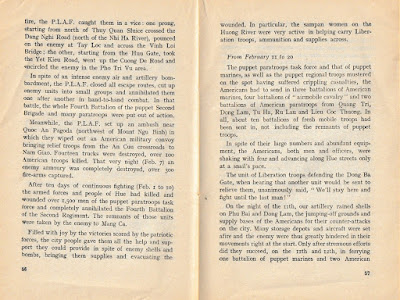 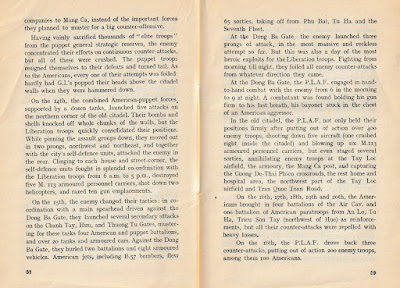 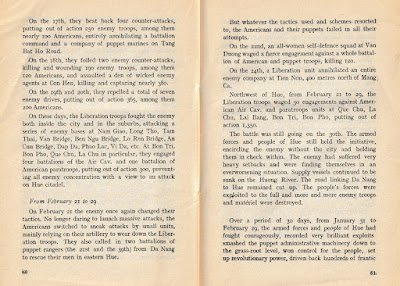 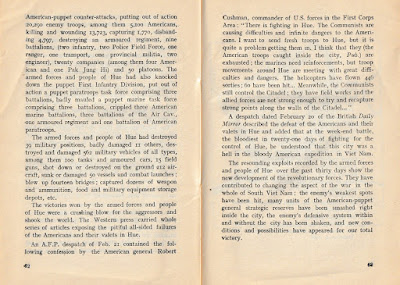 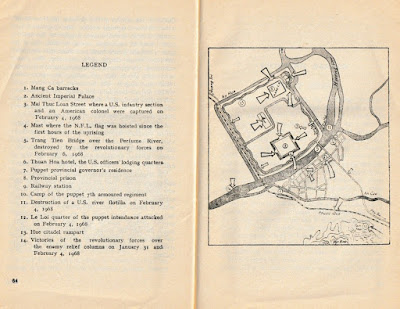 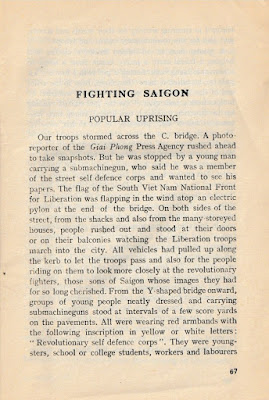 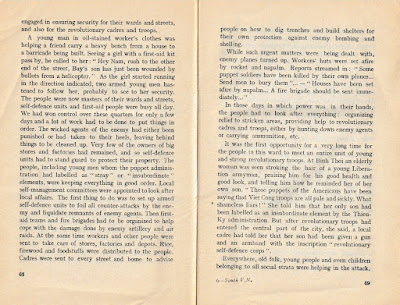 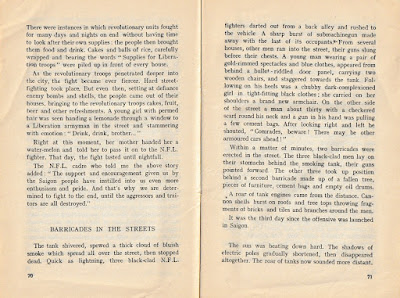 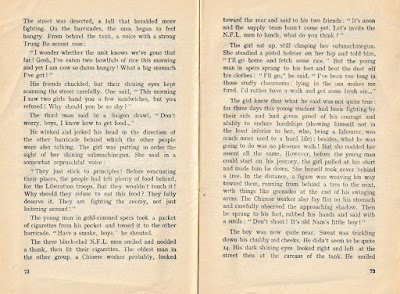 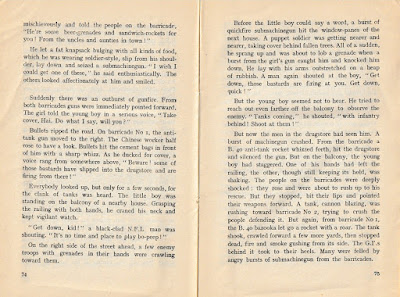 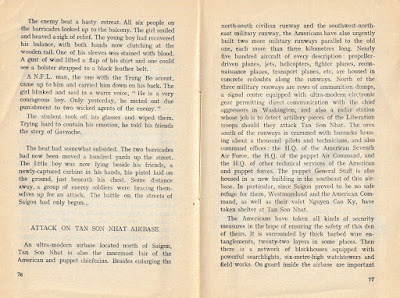 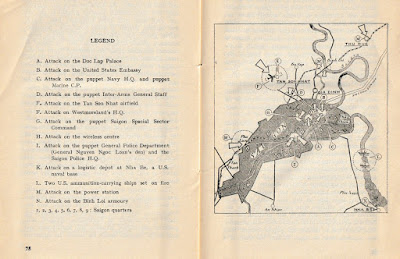 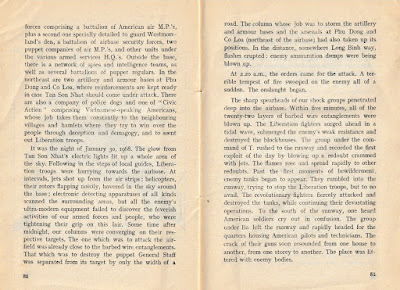 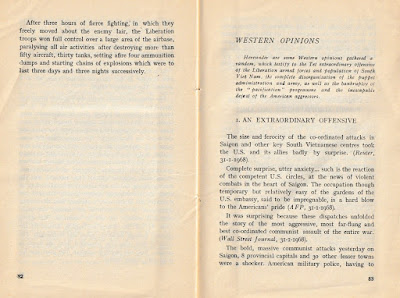 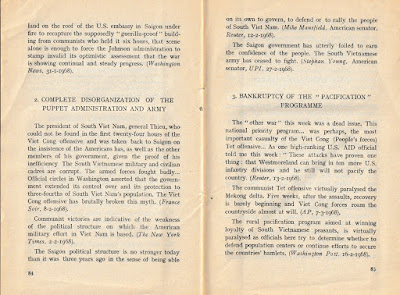 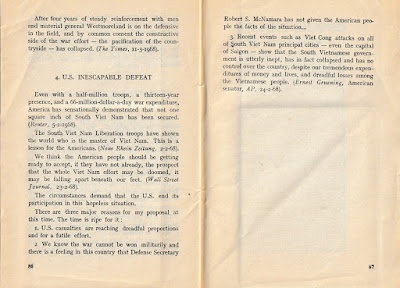 
If you have any public, vintage leaflets or booklets you would like to contribute to this project please contact us via theleftchapter@outlook.com
Posted by Michael Laxer at 10:41 AM