This remarkable document details the aims and goals of a revolutionary government in its infancy and in action.

It was published in February, 1975 in Portugal by the popular and far left/Communist influenced government that came to power after the Carnation Revolution of April 25, 1974. The Carnation Revolution (so-called due to its relatively peaceful unfolding and its leftist character) had swept away decades of fascist rule. The revolution not only liberated the Portuguese people from fascism, it also led to the end of the Portuguese colonial empire. After a series of sweeping reforms and democratization in all aspects of Portuguese society the far left attempted to seize power in November, 1975 and failed. This ultimately led to a wave of counter-revolution that, after elections in 1976, entrenched a liberal capitalist system in power.

The leaflet here gives an outline history of fascism in Portugal, the resistance to it, the reforms of the revolution and the move to total decolonization. 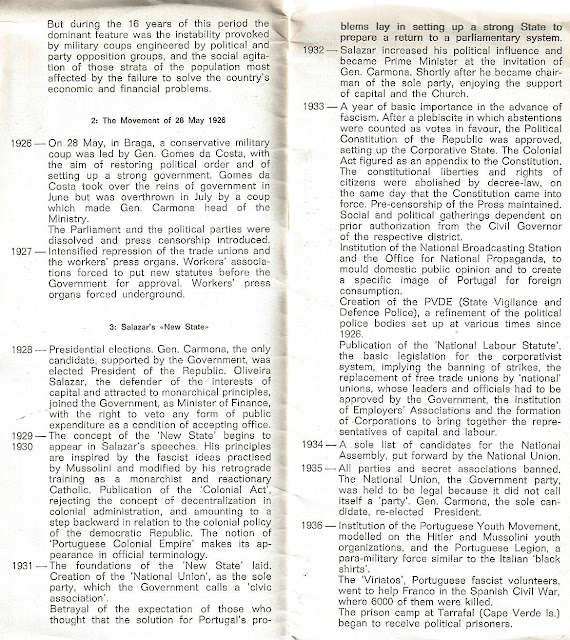 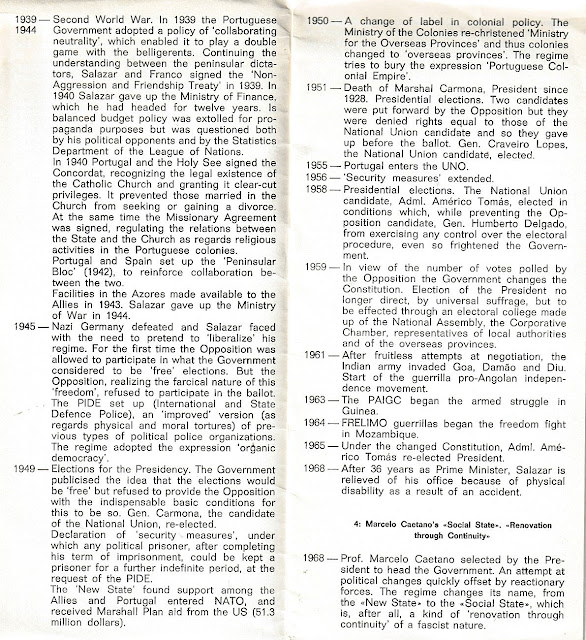 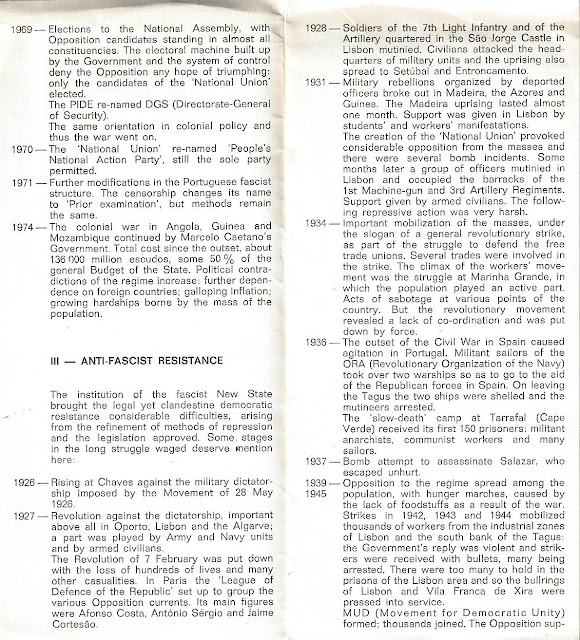 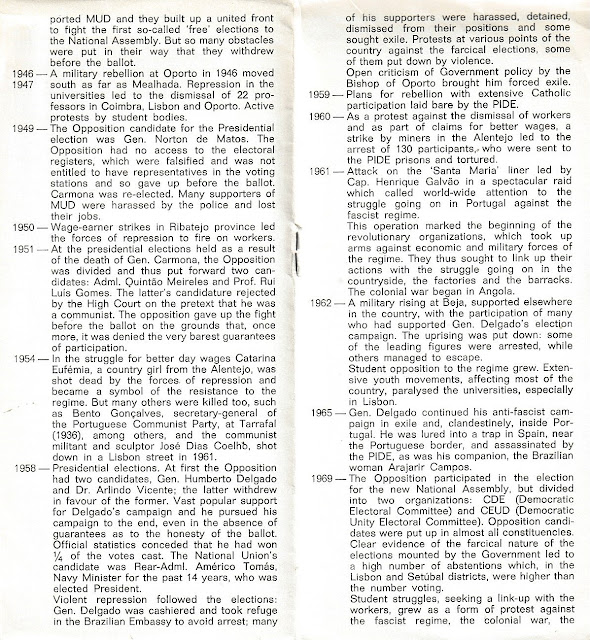 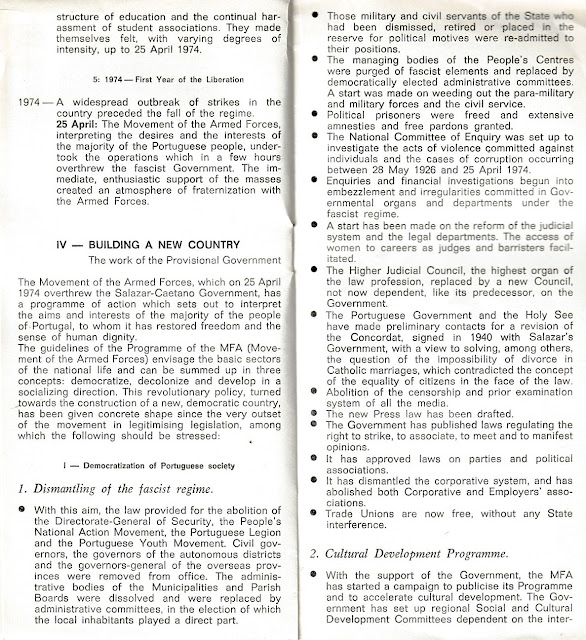 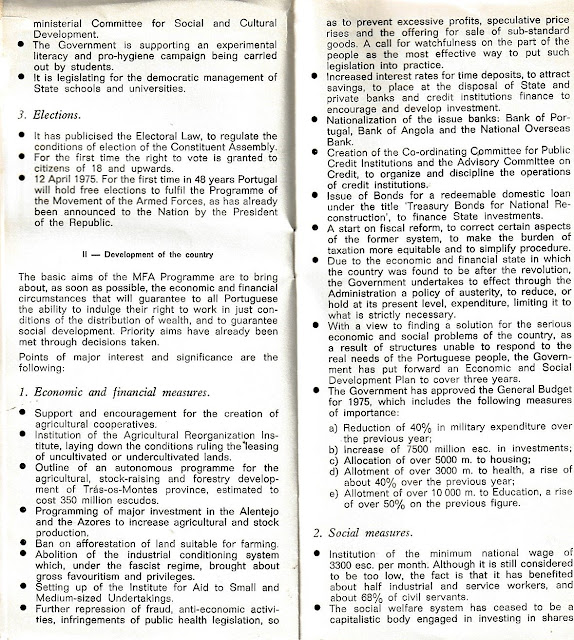 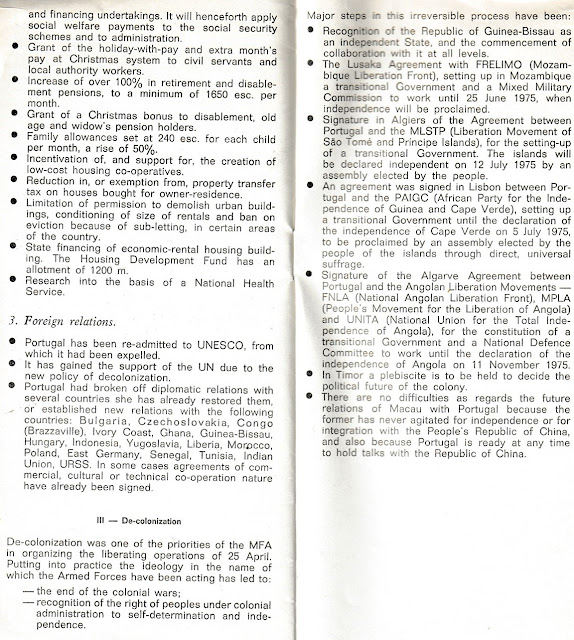 
If you have any public, vintage leaflets or booklets you would like to contribute to this project please contact us via theleftchapter@outlook.com
Posted by Michael Laxer at 1:32 PM