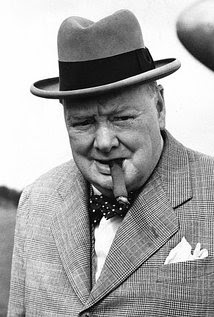 This list covers the week of  March 4 - 11. It is generally in order of the date of the article's release.

This installment has three entries from before the period. They have been integrated into the post.

The Governor of West Virginia broke news of a deal on Tuesday morning, offering a 5% pay raise to not just 20,000 striking teachers, but for tens of thousands of state employees as well.

4) The Price of Wonderland: Homeless Disney Worker Dies in Car

It was sometime around October 2013 that I met this woman you see in the photo. Her name was Yeweinisht Mesfin aka “Weiny.” The first interaction I had with her was her asking me if I wanted a slice of her apple that she was having for lunch. From that day on, I saw her every day and she became one of my closest coworkers at Disney.

5) It’s time to give socialism a try

In the United States, we’ve arrived at a pair of mutually exclusive convictions: that liberal, capitalist democracies are guaranteed by their nature to succeed and that in our Trumpist moment they seem to be failing in deeply unsettling ways. For liberals — and by this I mean inheritors of the long liberal tradition, not specifically those who might also be called progressives — efforts to square these two notions have typically combined expressions of high anxiety with reassurances that, if we only have the right attitude, everything will set itself aright.

Crown prosecutors won't appeal the acquittal of Gerald Stanley, the Saskatchewan farmer who was accused of fatally shooting a young Indigenous man in the head.

An independent investigation into the Colten Boushie case will take a closer look at the way RCMP dealt with the young man's shooting death.

Mexican left-wing presidential candidate Andres Manuel Lopez Obrador extended his lead to 14 points in an opinion poll completed last week, with a fight between his opponents over accusations of financial wrongdoing weighing on their support.

North London communists joined Momentum activists last night to address how communists can work with Labour for a socialist future.

The former Italian Prime Minister Matteo Renzi has reportedly been forced to resign as the leader of the Italy’s Democratic Party after a humiliating collapse in the General Election last night.

13) Sexual harassment has long festered on the Hill. Now, female MPs from all parties are saying ‘enough’

It was after 9 p.m. in a hotel lobby in New York City. Catherine McKenna was relaxing with four staffers after a day at the United Nations General Assembly, when she read on her phone a tweet from Conservative MP Gerry Ritz, calling her “climate Barbie.” She had ignored this nickname ever since her election campaign, and her staffers in the hotel urged her not to engage with Ritz. “Don’t do it; don’t say anything,” they advised, as McKenna, the environment minister, recalls. Instead, she tweeted back, calling his comments sexist and arguing for more women in politics.

James Franco was missing from the Oscars ceremony after allegations of sexual misconduct. So why did a basketball star accused of rape win plaudits?

15) The male glance: how we fail to take women’s stories seriously

Male art is epic, universal, and profoundly meaningful. Women’s creations are domestic, emotional and trivial. How did we learn to misread stories so badly?

16) We will never address gun violence if we don’t address the root of the problem: masculinity

When a child at J.J. Hill Montessori Magnet School couldn’t afford lunch, Philando Castile apparently never hesitated to pull out his wallet to pay for their meal. Now, a charity founded in honor of Castile, who was fatally shot by a police officer during a 2016 traffic stop, has successfully continued his efforts.

Her death was a key factor in convincing the Trudeau government to set up a national inquiry into Missing and Murdered Indigenous Women and Girls.

19) The Case for Free Public Transport

Mississippi lawmakers have passed a bill banning abortions after 15 weeks of pregnancy, a measure the governor is expected to sign.

As women from all different political backgrounds are coming together to fight back in a new era of misogyny under the Trump administration, a moment of reflection on International Women’s Day — celebrated every year on March 8 — provides historical context that present-day feminists can take inspiration from, even 100 years later.

22) No equality without universal child care

Since International Women's Day was first observed in the early 20th century, feminists have celebrated their accomplishments and noted their challenges: the what's-missings and what-could-have-beens as women struggle for gender equality. As we celebrate rejuvenated feminism this year, we are also reminded by Canada's indifferent approach to child care that the fight for equality is far from won. Today more than ever, it is evident that the lack of affordable child care remains a central barrier to equality for women with children.

Catalonia is experiencing its first major general strike to protest against gender inequality in the country coinciding with March 8, the International Women’s Day. The action was already evident in the early morning, with reduced public transport service and some road cuts in Barcelona’s city center because of feminist protests. The mobilization goes beyond giving up work for one day, because its organizers propose a strike in consumption, education and taking care of elderly people. Although the protest can also be followed by men, it is mainly focused on women, as its motto is clear: ‘If women stop, the world stops.’

In Spain, women have launched the first nationwide women’s strike in Spain’s history to mark International Women’s Day. Their motto: “If we stop, the world stops.” Organizers say its supporters include Ada Colau, the mayor of Barcelona, and Manuela Carmena, the mayor of Madrid. Organizers published a manifesto reading, “Today we call for a society free of sexist oppression, exploitation and violence. We call for rebellion and a struggle against the alliance of the patriarchy and capitalism that wants us to be obedient, submissive and quiet. We do not accept worse working conditions, nor being paid less than men for the same work. That is why we are calling a work strike.” We speak with María Carrión, an independent freelance journalist based in Madrid.

Every decade or so, political regions turn the page on the political personalities of the past and undertake change or renewal. Sometimes that change is imposed by voters and sometimes it occurs gradually as important personalities quietly walk away, and new leadership takes its place. We're witnessing both of of those stories in Saskatchewan.

27) 'Schools will stay closed until we get what we are asking for,' Oklahoma teachers union president says

Leaders of the Oklahoma Education Association on Thursday unveiled the specifics of their demand for $10,000 teacher pay raises and said new legislative talk of $2,000 raises would not stop public school teachers from walking out en masse on April 2.

Employers who use temporary employment agencies will no longer be able to evade liability for workplace accidents, the Star has learned, as new legislation promises to hold them responsible when temps are injured or killed on the job.

30) When will there be a film on Winston Churchill, the barbaric monster with the blood of millions on his hands?

Imperialistic pop culture has enshrined Churchill only as a military great, a fun drunk, a loyal monarchist with a penchant for fine speech and a flair for loquacious prose. But the British PM lacerated the world with tragedies, profiting from plunders and mass murders, writes Shree Paradkar.

“History,” Winston Churchill said, “will be kind to me, for I intend to write it myself.” He needn’t have bothered. He was one of the great mass murderers of the 20th century, yet is the only one, unlike Hitler and Stalin, to have escaped historical odium in the West. He has been crowned with a Nobel Prize (for literature, no less), and now, an actor portraying him (Gary Oldman) has been awarded an Oscar.