James Laxer, the Courage to Leap, Ryan Meili & more -- February and March on The Left Chapter in review 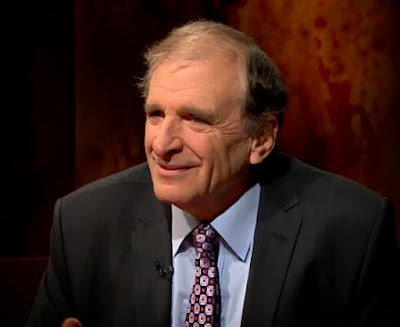 February and March saw 46 posts on The Left Chapter of various kinds. While it had our continuing projects, recipes, analysis and saw the launch of a Free Transit Resource Page, it was also on February 23rd that my father, James Laxer, died unexpectedly in Paris.

Many of the posts were related to his legacy and the tremendous impact he had on Canadian socialism and political thinking.

Here are the top six posts, in terms of hits, from February and March.

1) The Courage to Leap comes far too late to matter

A "revolution" is coming to Ottawa!

I know, it is exciting and unexpected right?

And, unless you suddenly think that revolution has become a meaningless word it is also not happening at all.

3) In-depth interview with Ryan Meili, Saskatchewan NDP leadership candidate: “As change is happening, are we going to be leading it, or just watching it happen?”

As the Saskatchewan New Democratic Party’s leadership race winds down, I have a chat with Dr. Ryan Meili, who is campaigning to be the next leader of the party.

It is with an extremely heavy heart and great sadness that I have to share with you the news of my father, James Laxer's sudden death of natural causes in Paris early today, February 23, 2018. This shocking and totally unexpected news has been devastating for our family and has not sunk in yet.

5) James Laxer on Canadian Social Democracy: Past, Present and Future

6) If Doug Ford won, what does it mean for Ontario?

The apparent victory of Doug Ford as the new Progressive Conservative leader in Ontario is fascinating on a number of levels. After the fiasco of his brother's administration in Toronto, his losing campaign against John Tory for Mayor of Toronto that saw the power of so-called strategic voting at work, his inherently polarizing approach to politics and even his own claims (prior to his victory of course) that the results of the leadership vote would be "corrupted" would have led one to think that a party on the verge of a landslide election victory would have stepped back from the possible abyss that is Doug Ford.

Very close to this list was our most successful vintage postcard post to date: Covered Bridges of Vermont, New Hampshire and Maine -- A Vintage Postcard Folder