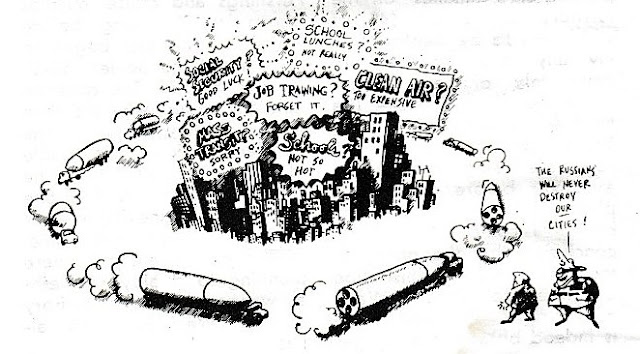 American activist and writer Shaun King reminded us on Twitter yesterday of the terrible cost of American imperialism not just in terms of lives, but in terms of all that could be done for far less than the many billions squandered on the military industrial complex: 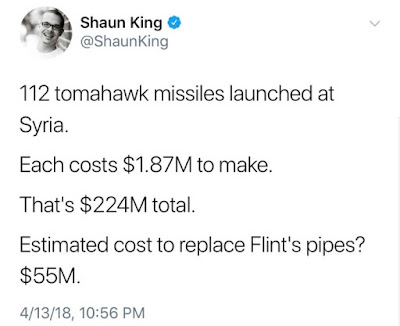 "While it has long been a fundamental myth of American imperialism and its legions of media apologists that American military spending is defensive and meant to protect "freedom" and "democracy", the lie is put to that by the very fact that the US spends as much on its military as the next eight largest national military budgets combined!  At a projected $824.6 billion for 2017-2018, the US spends more annually on "defence" now than the entire world did in 1984.

Yet, despite all the claims, these increases in spending and the military adventurism it results in has never made the world a remotely safer place...

...Imagine, though, what could be done for schools, hospitals and health care, fighting poverty, building housing and on and on and on with even a serious fraction of that $824.6 billion."

Text from: Military spending: As wasteful as it is dangerous
Posted by Michael Laxer at 1:35 PM