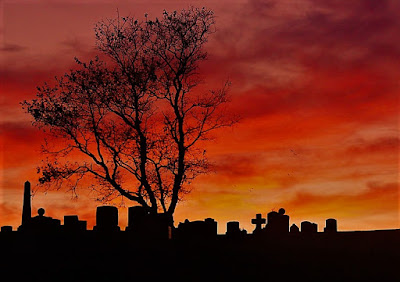 On that last day, after the goodbyes had been said and the final tears cried, Sam got on his motorcycle and drove out of the parking lot heading west along Birmingham. Roaring down the street he had traveled so many times the echoes off the buildings somehow seemed louder.

Louder than he supposed they ever had.

Jones had said he was going out to see Boris and Jack was off home to Cynthia. The rest were all doing what they were doing.

Sam had other plans.

Thing is he had loved the factory, though he had never really fit in. The little dramas, lunch room plots and after work outings had been woven into the fabric of his life.

They were his life. And now they were not.

In his head that old song by Pink Floyd seemed to be playing on a loop as he saw the evergreens that lined the side of the rural highway route blur by.

Charrington was small even as small towns go. Just a central strip with bus stop, post office, store and diner. And there was what used to be one those ubiquitous small town Chinese restaurants that was really a dive bar serving chow mein and chicken balls before 9 and draft beer until whenever Sally, who ran the place, decided to close.

Sam slid into a booth at the back and ordered a Black Label. Two old guys were playing pool at the front and there was a faint smell of stale cooking oil.

It was almost a half hour until Samantha showed up. His sister. Mom and dad and had been many things but not terribly original.

Sorta fun when they were kids.

Samantha got the deep fried wings and a Canadian.

There was a long pause. Looking at the table and walls. Uncomfortable.

- Sam, why did you come back? You didn't even come back when dad died

Always the same thing. He loved his sister but didn't want to look at her. Not sure he really liked her very much.

He had wanted to come for the funeral. Laid awake at night thinking about it. But mama wouldn't have wanted him there. He had not been able to mend fences. Or maybe he had been unwilling. It no longer mattered.

Funny. Behind his sister he could see the reflection of the small neon sign that read Chinese Food in the store window across the street. He remembered that as a child. Something about it still magical.

- Look, I don't want to cause any shit, I just want to see her. I have a few things I want to say.

- What is that going to do? You had plenty of chances.

Sam ordered another beer. There was a TV with the evening news on and some faint pop music playing from the kitchen.

Dad is asleep in the living room. You can hear David Letterman reading his Top Ten List and the laughter. The night is very hot and very still.

Samantha's car smelled stale with old cigarettes and booze. It felt claustrophobic but he had not come for limousine service.

Pulling onto Industrial Ave. she drove past the abandoned plants. He saw Quiller's Cannery where he had worked as a security guard a decade gone by as they shut it down.

He was a kid. Strutting around in a uniform but with no one there. Two thousand jobs lost.

Worst part was around 3 a.m. Tired and all alone doing rounds. The long and abandoned train dock. Like a scene out of a horror film though the only monsters were the investors.

Nothing ever happened other than boredom.

Sometimes he would check the lockers or common spaces. Take home toilet paper, soap or tools. Why not? It was not like anyone was going to use them.

Coming back early morning after a shift mama is up in the kitchen she yells out at him as he tries to mount the stairs what are you doing in this dead end job we saved for you to go to school I don't even know if your father wants you living here he would lie in bed crying but he understood he knew he had let them down he didn't want what they wanted was that wrong he remembered he even offered to pay rent before they asked him to leave.

- So what happened with Philip?

Samantha has lit a cigarette and he opens his window fully. The smoke drifts past him.

- I don't know. It just didn't work out. Not sure why. We just grew tired of each other.

She glances over at him but thinks the better of it.

- Do you want me to stop in the house

They inch along Confederation St. until he spots the Mackenzie Memorial Cemetery.

Pulling through the entrance she parks the car by the gatehouse.

- I think you should walk from here

It took him a few minutes until he found it.

He wanted to cry out. Scream something. Tell her just how mad he was.

On his knees staring at her name saying nothing.

The silent wail broken by the whistle of the freight train that runs just alongside the cemetery on its way around and out of town.
Posted by Michael Laxer at 8:43 PM