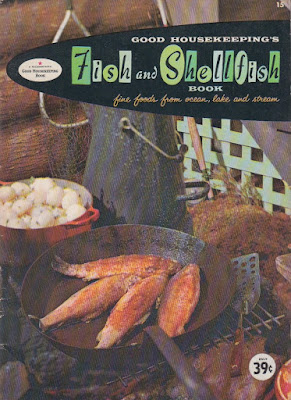 Published in 1958 from the folks at Good Housekeeping Magazine this cookbook is entirely dedicated to fish and shellfish, the various methods of cooking them and the sauces, stuffings and sides that best accompany them.

As is generally the case of cookbooks from the 50s some of the recipes will seem quite dated to today's tastes, but there are many classics here as well that will appeal to fans of seafood. In some cases where the recipe is not bad, such as the Tuna Chowder, the accompanying photo is hilariously off-putting.

The book has some colour photos as well as many little whimsical illustrations. Here we are sharing the recipes and sauces for the dishes that had photos as well as a recipe for Clams (or Oyster) Casino because I love Clams Casino. 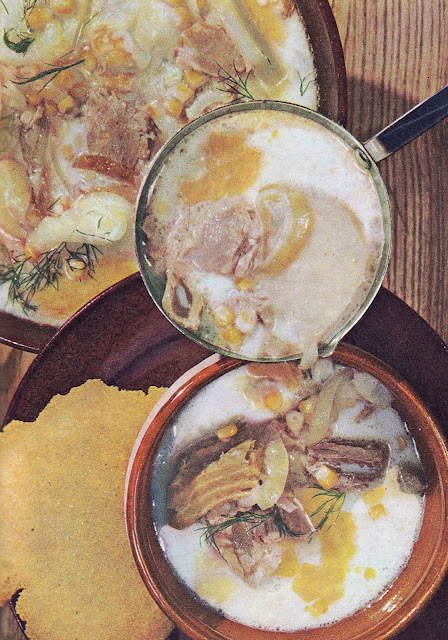 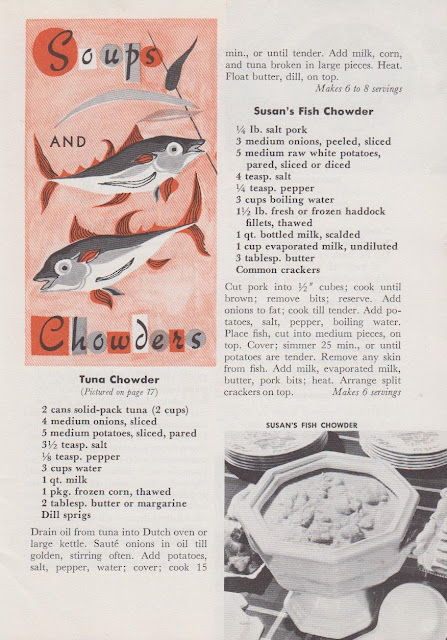 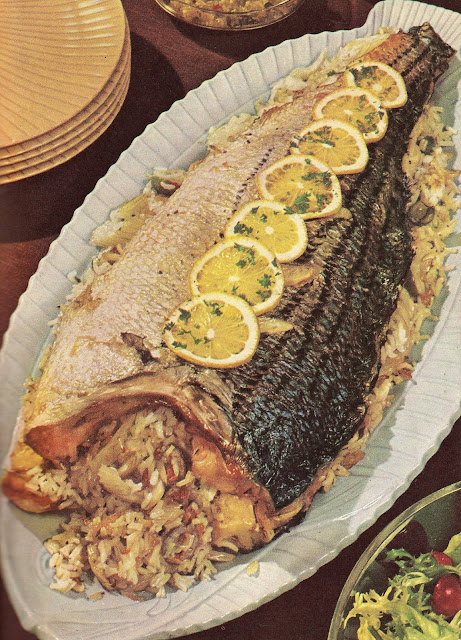 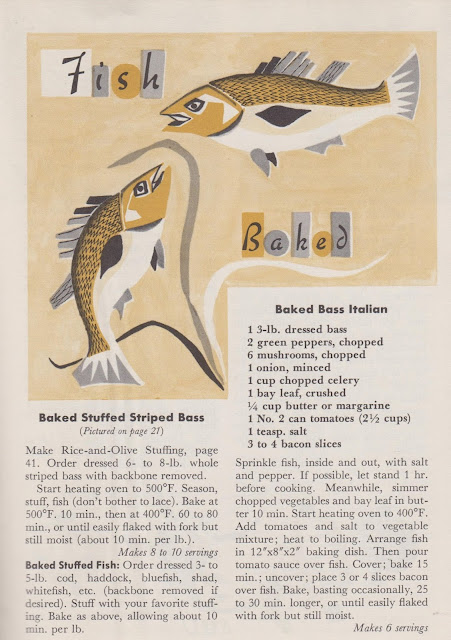 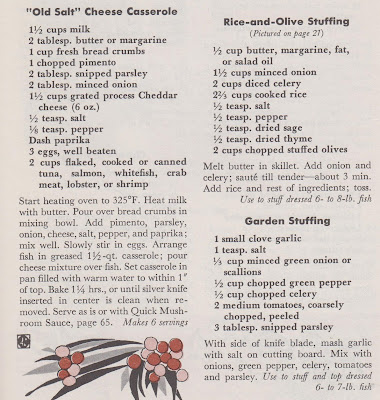 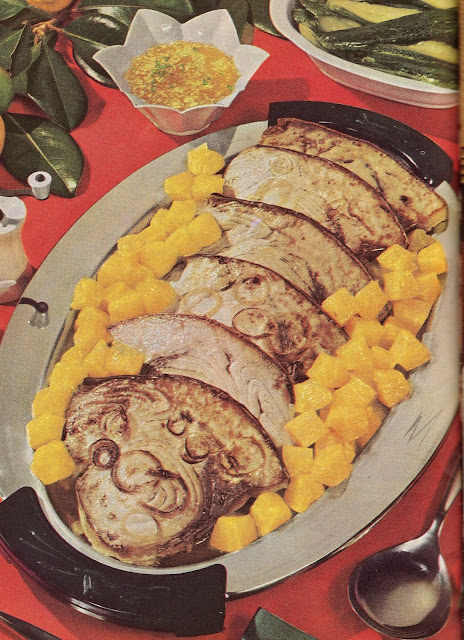 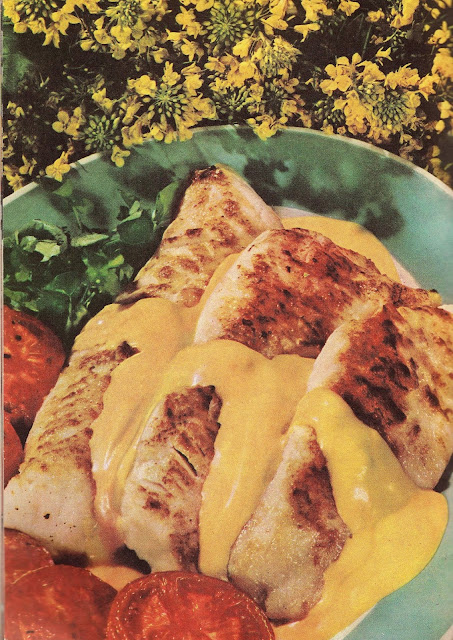 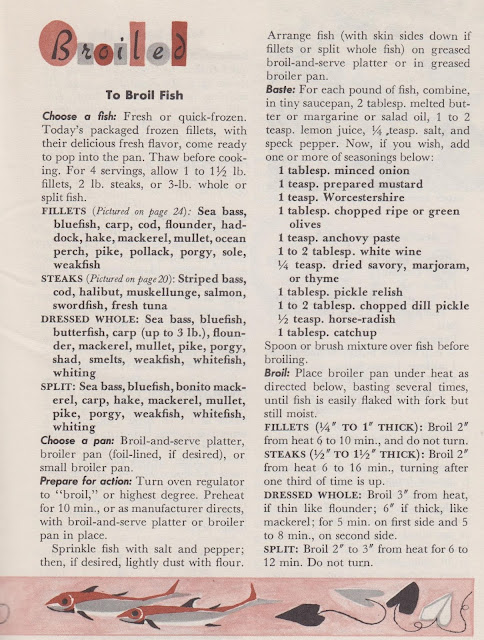 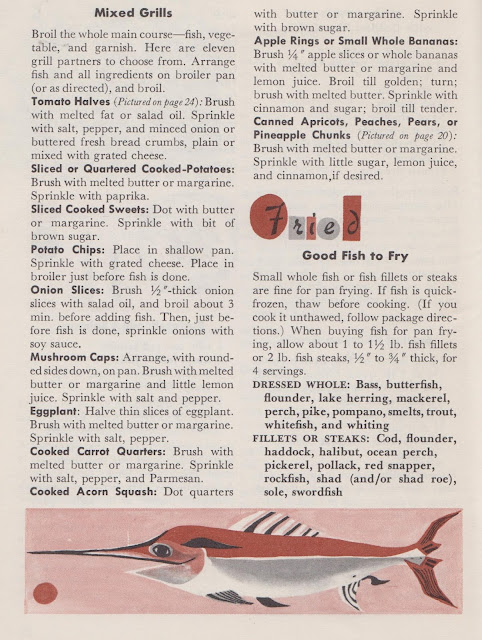 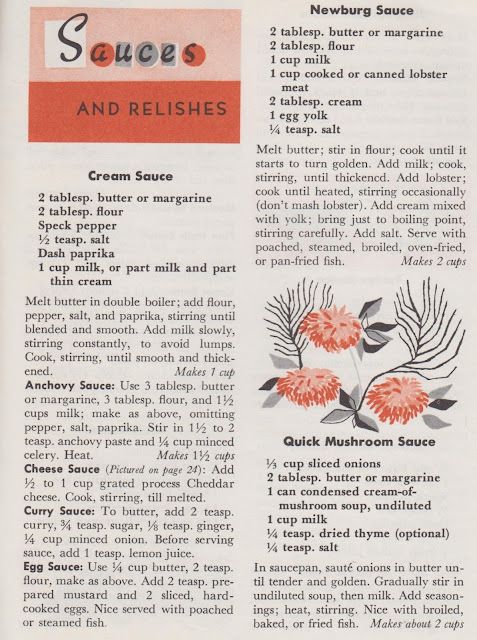 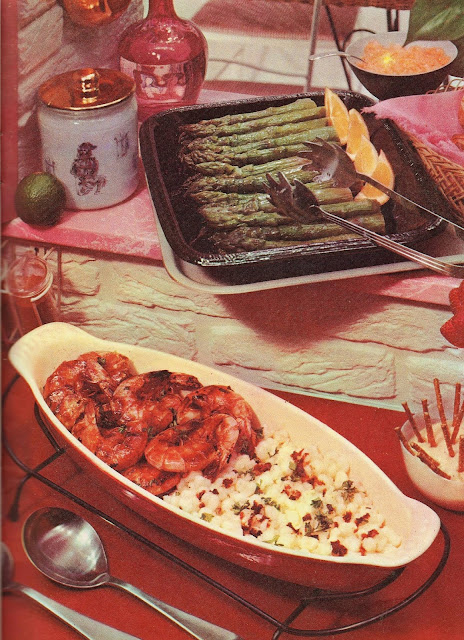 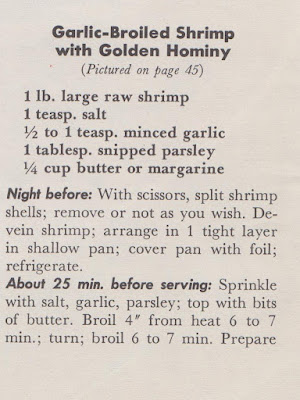 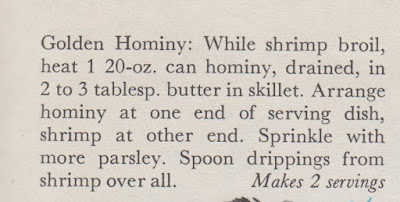 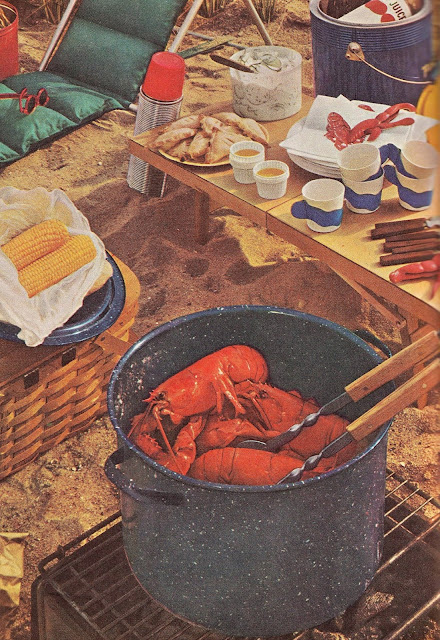 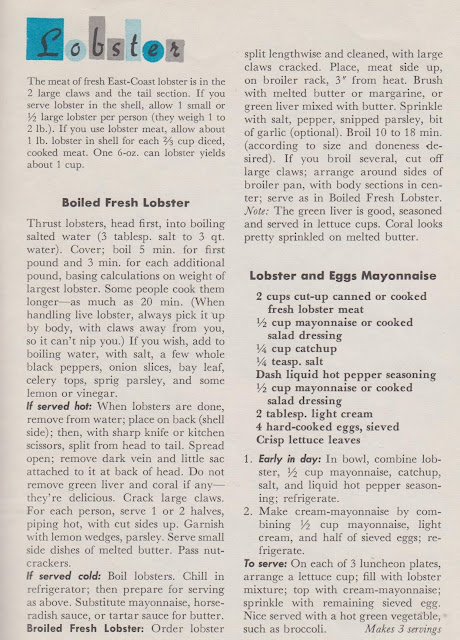 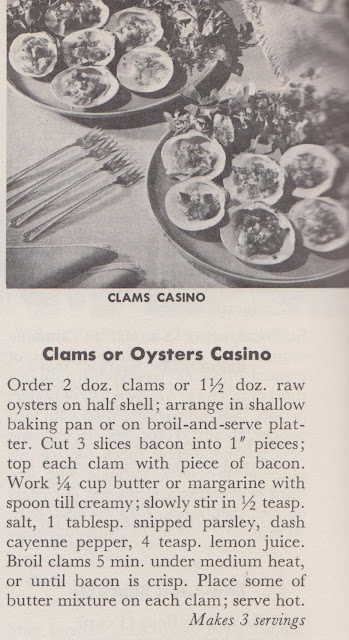