Traveling Down the Dnieper with Soviet Life, 1984 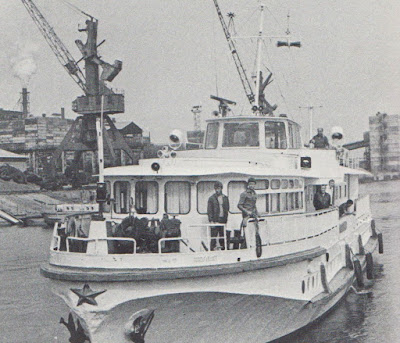 Recently we featured a remarkable Soviet book from 1985 that promoted tours along the Dnieper River in the Ukrainian SSR.

Here we are going to look at a voyage made by two editors of Soviet Life Magazine down the river in 1983 sharing the text and the colour and black and white photographs. They wrote of their trip in the February and March issues in 1984. As they did we will be breaking our post into the two parts.

The writers traveled on a smaller passenger yacht after spending several days in Kiev. They talk about the dramatic growth of the city, its various attractions and the central role the river plays in its life and history.

After leaving Kiev they stop in Kanev, 200 kilometers south, where among other things they visit the grave of and national museum dedicated to the famous Ukrainian poet Taras Shevchenko who has featured prominently in many of our past posts about Soviet Ukraine such as 17 Panoramic Views of Soviet Kharkov 1984.

In Kanev they spend some time talking to the captain of the larger Dnieper passenger ship the V. I. Lenin, who relates his rise to being a sea captain. After the war he was inspired by the writings of Mark Twain to run away from home when he was 13 and make his way to Kiev where he started as a kitchen boy and eventually went to a specialized maritime school.

In addition to visits to art studios and other cultural spots they go to the Druzhba (Friendship) Collective Farm where they see the facilities available to the farmers and discuss things like their wages and housing. They spend some time at a nearby sanatorium where farmers and other Soviet workers receive healthcare or can vacation to relax in the mud baths and on the beaches.

We have also included a photo of Wayne Gretzky and famed Soviet goalie Vladislav Tretiak that was in the issue since this should be of interest to hockey fans! 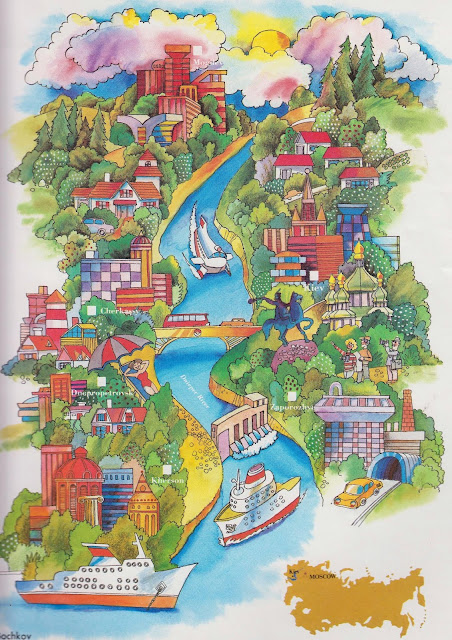 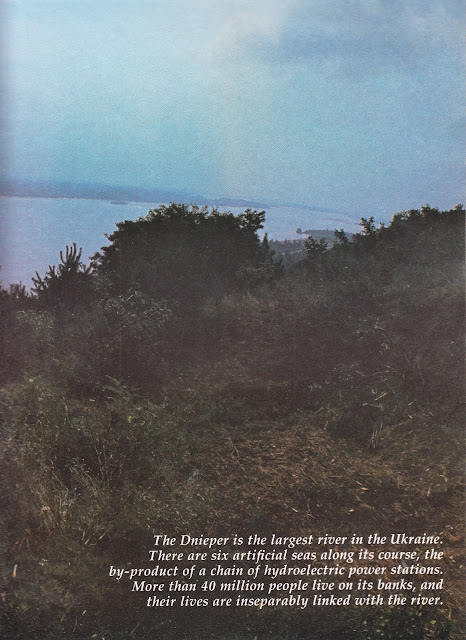 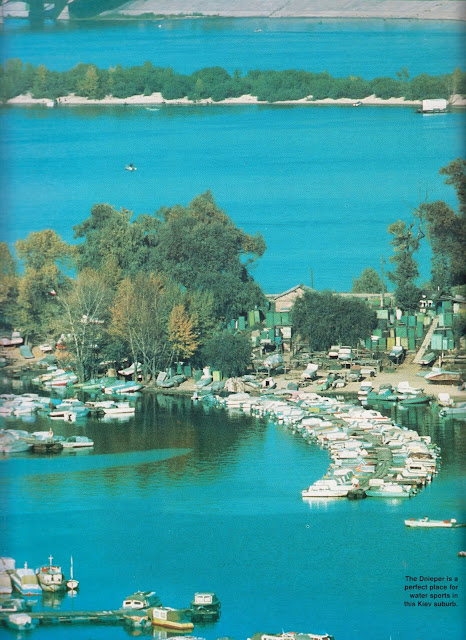 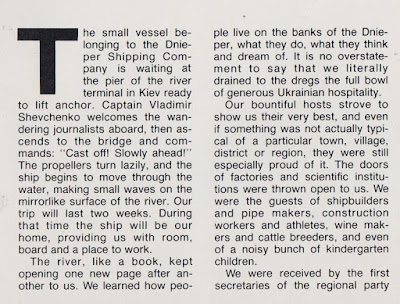 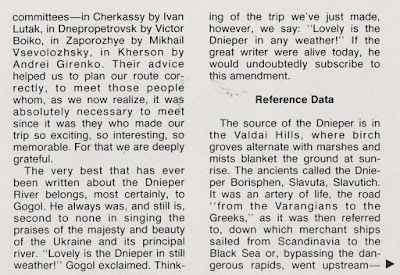 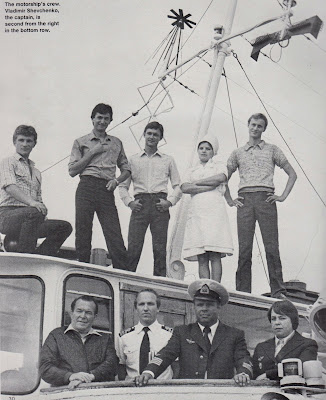 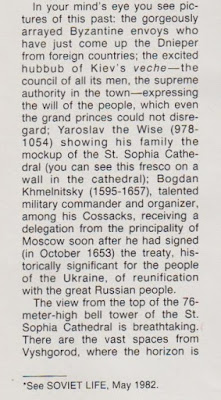 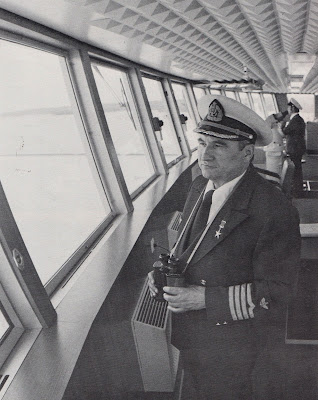 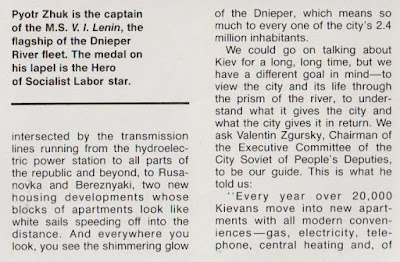 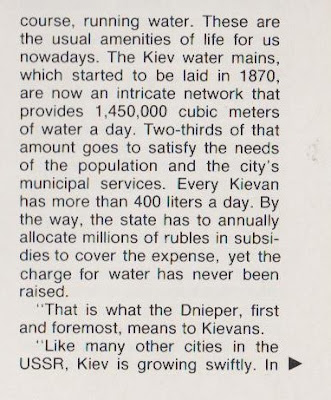 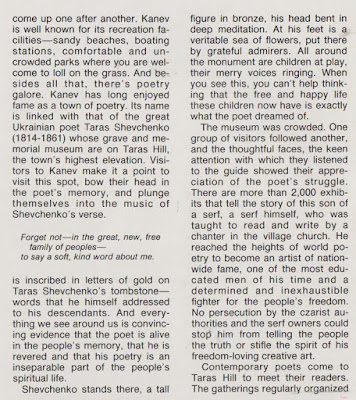 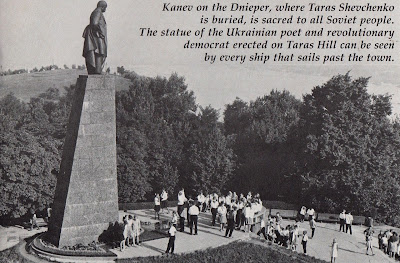 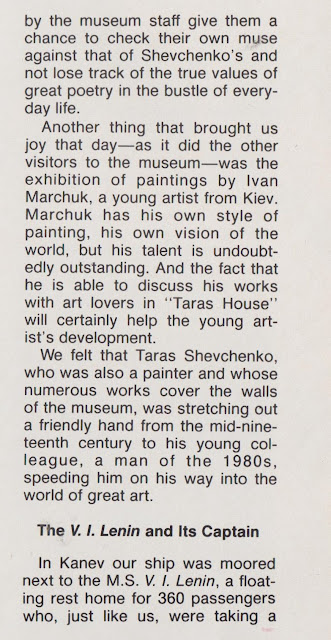 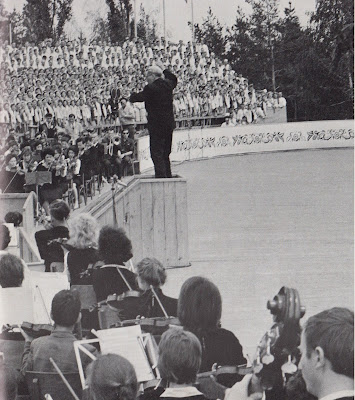 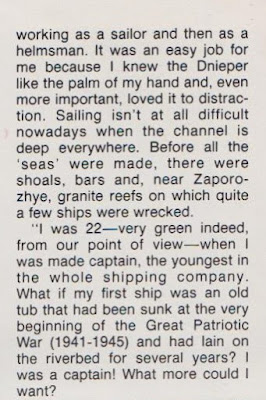 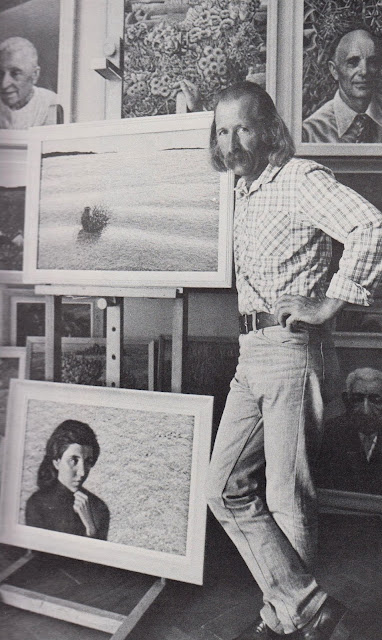 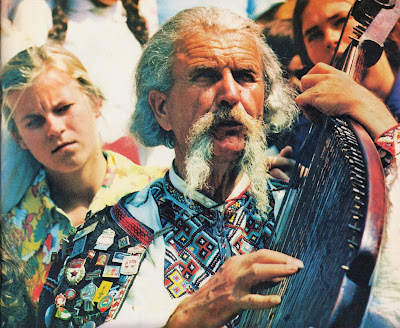 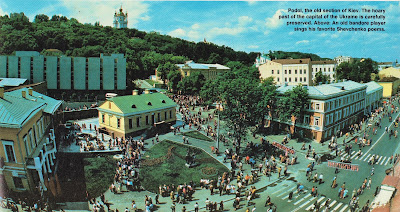 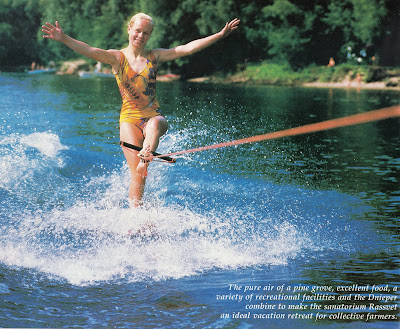 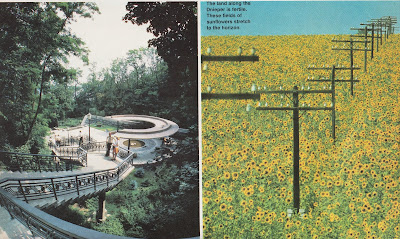 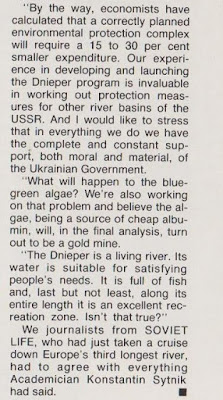 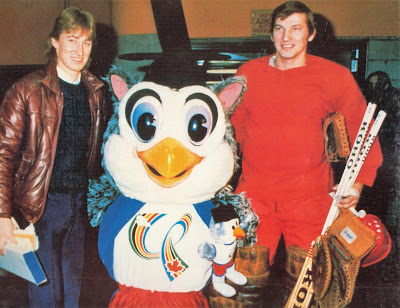 Posted by Michael Laxer at 8:34 AM